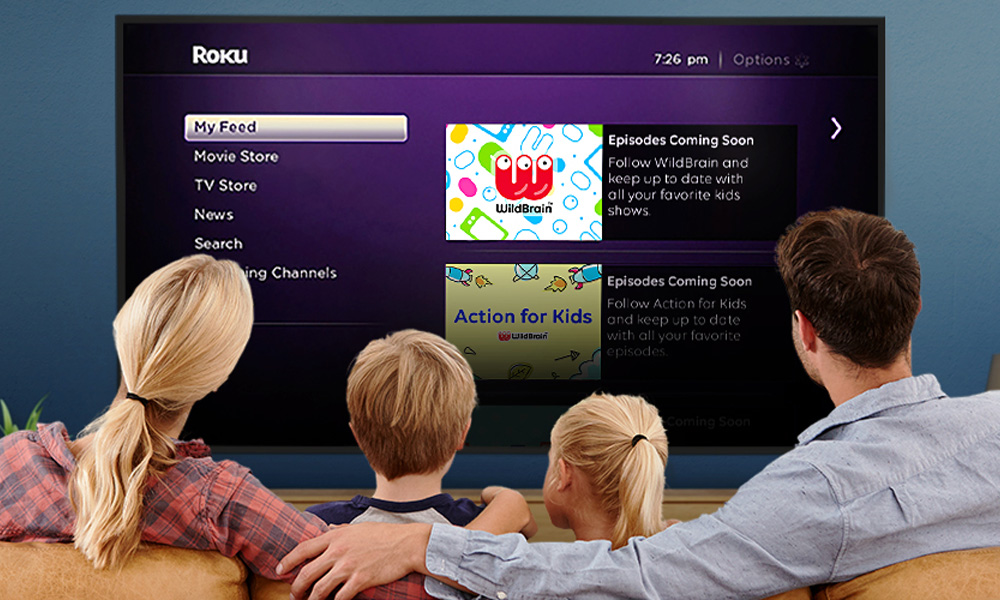 WildBrain, one of the world’s largest and most popular children’s networks on YouTube, has expanded its footprint with the launch of four new channels on leading AVOD platforms Apple TV, Amazon Fire and Roku. These include a WildBrain hub channel, as well as three curated channels dedicated to preschool content, kids’ action and Degrassi, each collecting together genre-specific and age-appropriate entertainment.

The initial offering on the channels includes such popular brands as Teletubbies, Tiddlytubbies, Kiddyzuzaa, Sonic, In the Night Garden, Super Mario and Inspector

Gadget. WildBrain intends to expand the offering on the channels each month with additional content from its most popular brands. In the first year, WildBrain expects to reach millions of viewers across these new channels, which are now available in the U.S. and Canada for free on the streaming platforms.

“WildBrain has already achieved tremendous success on YouTube and we have now extended our reach across these additional AVOD platforms to grow our audiences in the U.S. and Canada even more,” said Jon Gisby, Managing Director at WildBrain. “Our library offers an enormous range of entertainment content for kids of every age, and we’re delighted that families with Apple TV, Amazon Fire and Roku will now have additional options for enjoying WildBrain’s top brands on their TVs, phones, tablets and computers.”

WildBrain’s branded YouTube network features more than 145,000 videos for over 600 kids’ brands in up to 22 languages. From July to September 2018, one-third of the approximately 830 million kids around the world with access to YouTube watched at least one video on the WildBrain network.