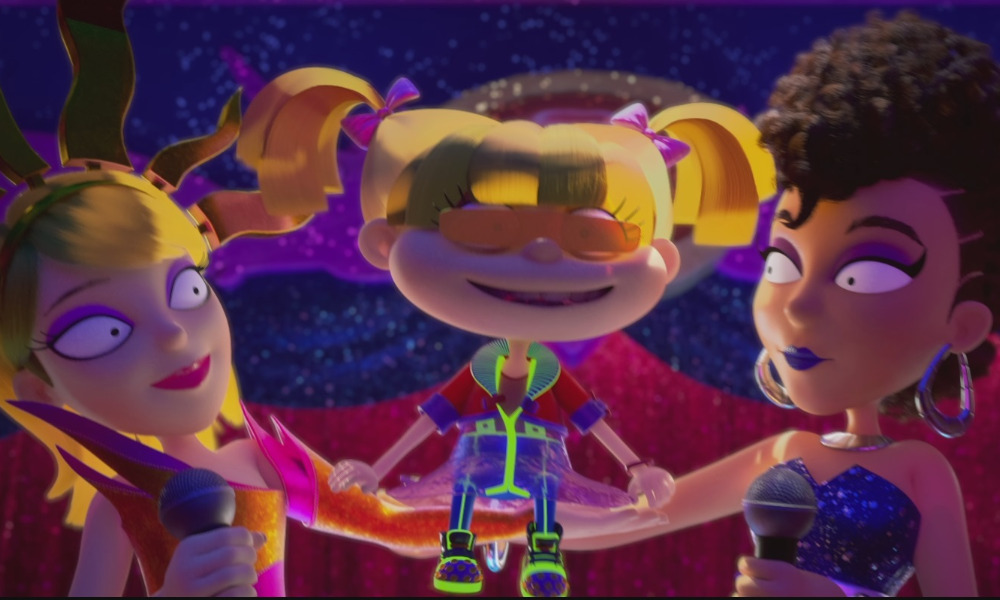 Kelly guest stars as Cynthia, Angelica’s beloved doll who is an international-pop-star-sensation-veterinarian-astronaut (among many other occupations), and Sparks guest stars as Tabitha, an impressionable high-fashion doll and rising pop star desperate for fame.

In “Rescuing Cynthia,” Angelica (Cheryl Chase) accidentally leaves her Cynthia doll at home and goes on a fantastical journey to find her. On the way, she learns that everyone has forgotten Cynthia (Kelly) for a new popstar named Tabitha (Sparks).

The episode features three original songs, “Cynthia Is Everywhere,” performed by Kelly, “New Star in the Sky,” performed by Sparks, and “Friendship Sold Separately,” performed as a duo, which will be released across all major digital streaming platforms on Friday, April 15, following the episode’s premiere on Paramount+.

From Nickelodeon Animation, the brand-new Rugrats series is a reimagining of the classic ‘90s hit that features rich and colorful CG-animation and follows the babies as they explore the world and beyond from their pint-sized and wildly imaginative point-of-view. Paramount+ recently renewed the series for a second season (13 episodes) in the U.S., Latin America, Australia and Canada.

Produced by Nickelodeon Animation, the all-new Rugrats is based on the series created by Arlene Klasky, Gabor Csupo and Paul Germain. Eryk Casemiro (Rugrats) and Kate Boutilier (Rugrats) are executive producers and Dave Pressler (Robot and Monster) and Casey Leonard (Breadwinners) serve as co-executive producers, with Rachel Lipman (Rugrats) as co-producer and Kellie Smith (The Fairly OddParents) as line producer on season one.