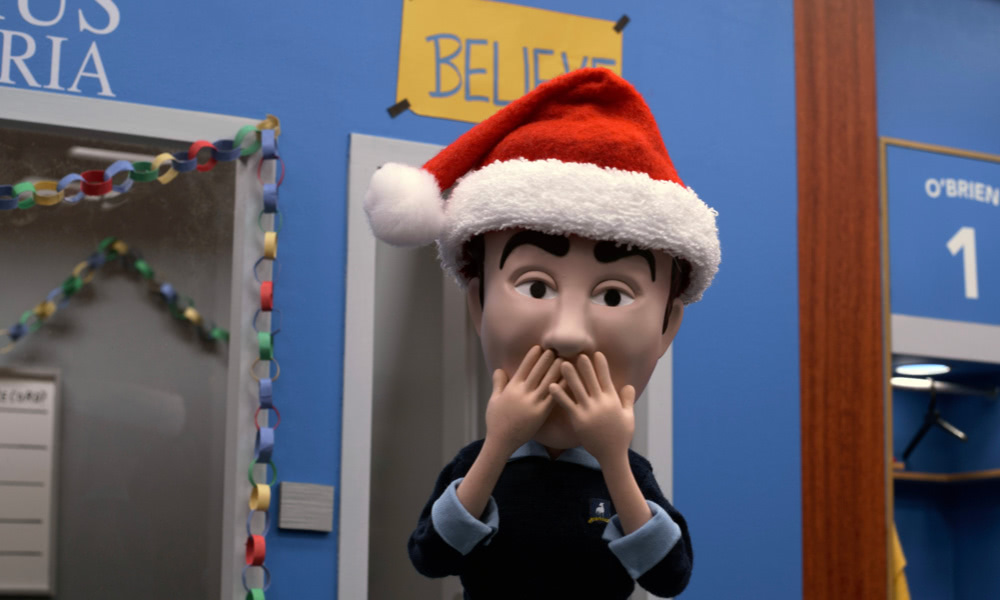 On the heels of Emmy Award-winning Ted Lasso being named an AFI Television Program of the Year and honored with multiple Critics Choice nominations, including Best Comedy Series, the team that brought kindness back delivers an early present with the debut of a surprise stop motion short, featuring the voice talents of the beloved ensemble cast as they help Ted search for a lost item that ultimately leads him to realize the meaning of the holiday season.

Jason Sudeikis stars as Ted Lasso, an American football coach hired to manage a British soccer team — despite having no experience. But what he lacks in knowledge, he makes up for with optimism, underdog determination … and biscuits. The award-winning series also stars Hannah Waddingham, Brendan Hunt, Jeremy Swift, Juno Temple, Brett Goldstein, Phil Dunster and Nick Mohammed. Sarah Niles joins the cast in the second season as Sharon, a sports psychologist who has been brought in to work with AFC Richmond.

In addition to starring, Sudeikis serves as executive producer, alongside Bill Lawrence via his Doozer Productions, in association with Warner Bros. Television and Universal Television, a division of Universal Studio Group. Doozer’s Jeff Ingold also serves as an executive producer with Liza Katzer as co-executive producer. The series was developed by Sudeikis, Lawrence, Hunt and Joe Kelly, and is based on the pre-existing format and characters from NBC Sports.