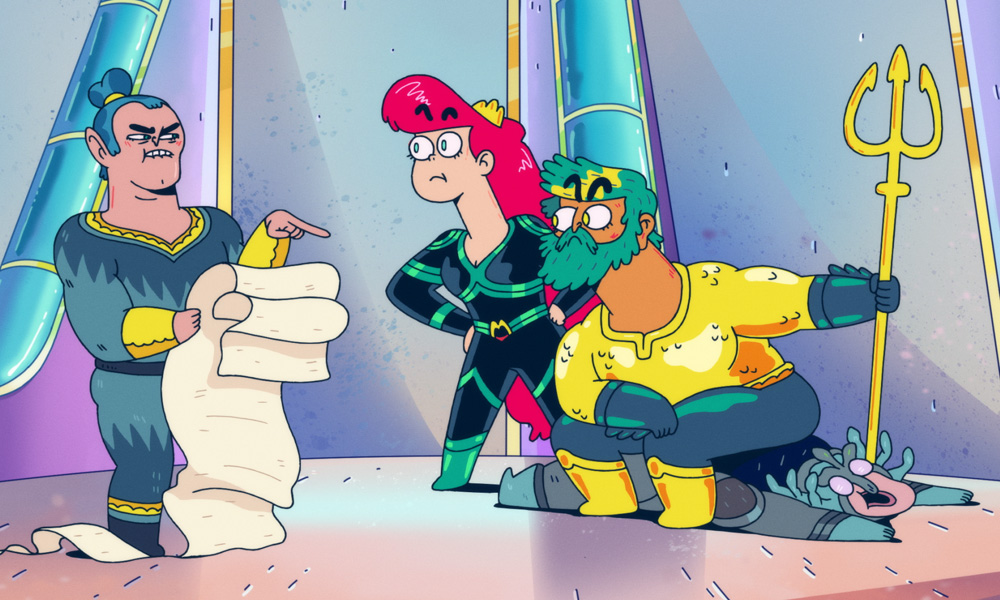 Heavy hangs the head that wears the crown — and slippy are the buns that sit the throne — in the first four minutes of Aquaman: King of Atlantis revealed by WarnerMedia Kids & Family today. The series is produced by Warner Bros. Animation and presents a playful reimagining of the iconic DC Super Hero for family audiences. The premiere episode, “Chapter One: Dead Sea,” arrives on HBO Max streaming on Thursday, October 14.

It’s Aquaman’s first day on the job as King of Atlantis and he’s got a lot of catching up to do. Luckily, he has his two trusted royal advisors to back him up — Vulko, the scholar, and Mera, the water controlling warrior-princess. As he faces unscrupulous surface dwellers, elder evils from beyond time and his own half-brother’s attempts to overthrow him, Aquaman must rise to the challenge and prove to his subjects — and himself — that he’s the right man for the throne!

In Chapter One, on his first day as king of Atlantis, Aquaman must prove he’s the right man for the job. Luckily, Vulko is ready with just the right mission: investigating a distant outpost that no one has heard from in years! With Mera by his side, Aquaman sets out to find the missing outpost, rescue the displaced citizens, and show everyone that he’s a good king! Then, maybe his half-brother, Ocean Master, will stop trying to overthrow him! 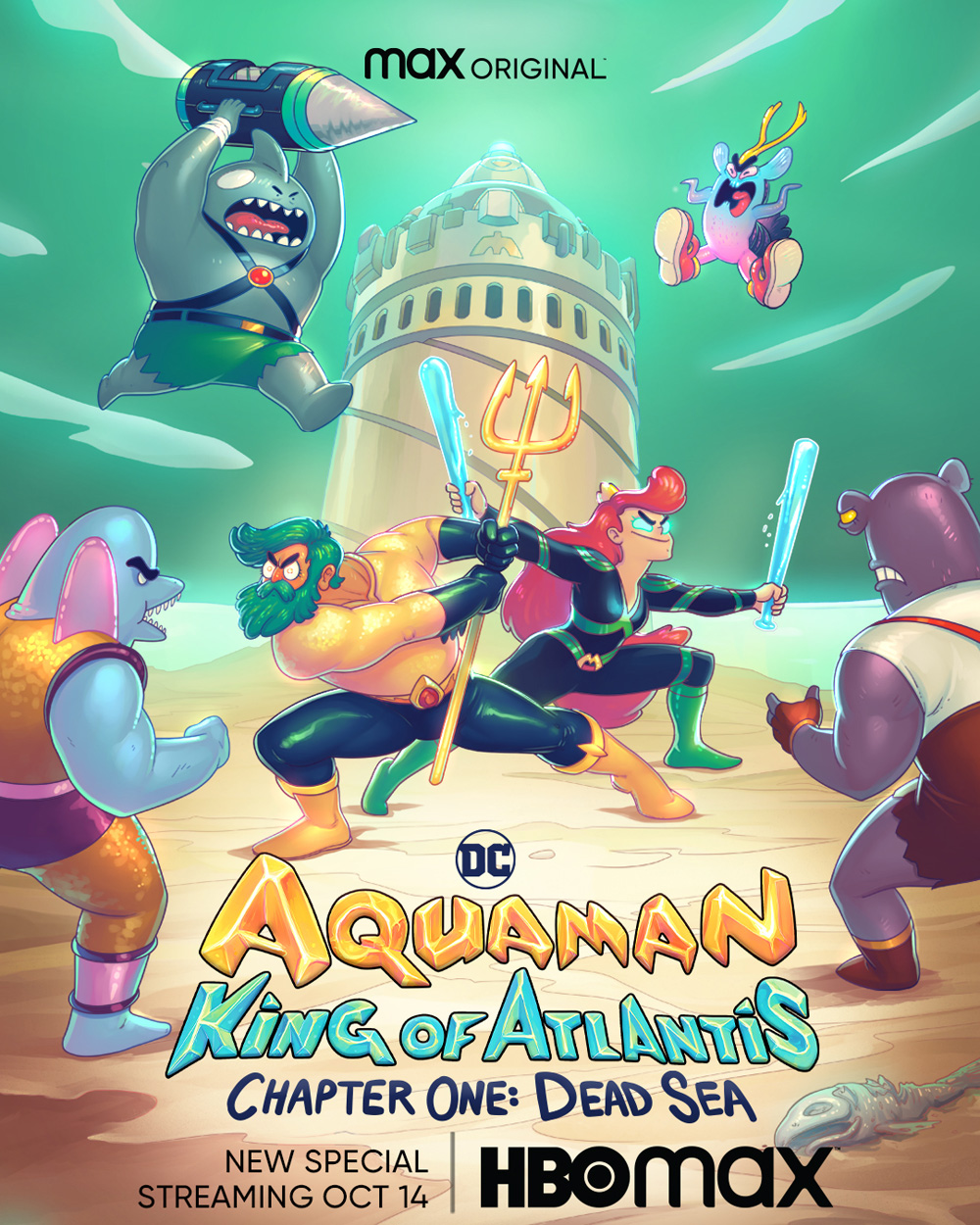