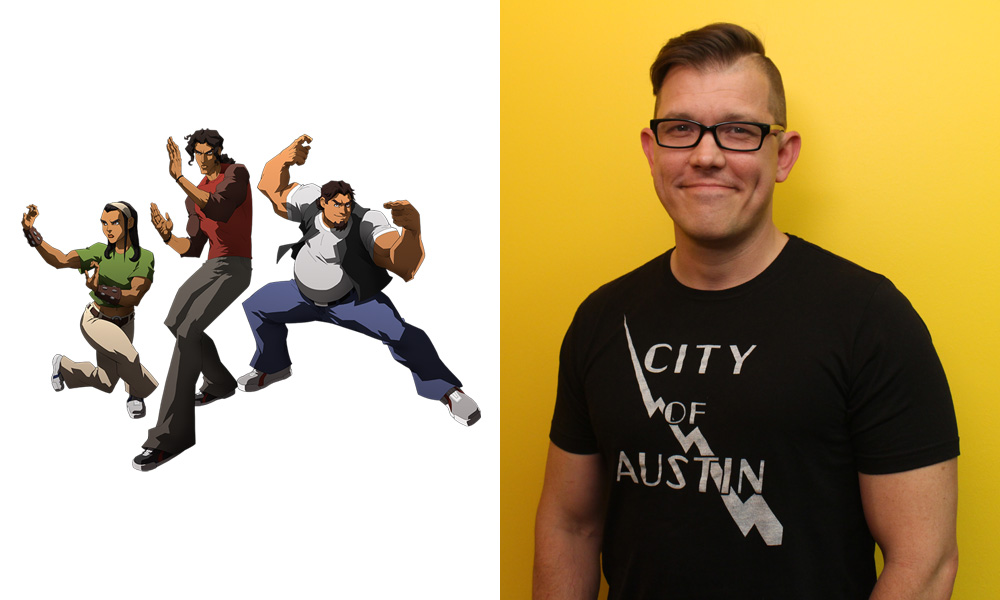 ***This article originally appeared in the November ‘19 issue of Animation Magazine (No. 294)***

Having grown up in Texas and been heavily influenced by the Austin film community, Powerhouse Animation founder and CEO Brad Graeber always wanted to work on a show set in Mexico. Graeber, whose producer credits include It’s a Small World, Castlevania and the upcoming Gods & Heroes series, says he also hoped to produce a series that featured real kung fu action sequences, since he himself has been a martial arts devotee for the past 20 years. This year, both his dreams came true in the form of Seis Manos, the eagerly anticipated show that debuts this month on Netflix.

Produced by major anime player VIZ Media and Graeber’s Austin-based Powerhouse Animation, Seis Manos (Six Hands), is set in ’70s-era Mexico and tells the story of three orphaned martial arts fighters (Silencio, Isabela and Jesus) from a small border town, who team up with a DEA agent and a Mexican Federale to avenge the murder of their beloved mentor.

“Powerhouse is blessed with a crew that excels at action and fight choreography,” says Graeber. “The initial concept for the show drew some inspiration from the Adolfo Constanzo cult and the mass immigration of Chinese laborers to Mexico, but we also wanted to do a show that featured Mexican heroes for the underserved Latino animation fan base. Two years ago, we optioned Seis Manos to VIZ Media, who has been an amazing partner, and soon after that, the show was picked up by Netflix.”

Most of the animation production for the show is handled by Powerhouse’s Austin headquarters, while writers Rodríguez and Dominguez work out of the Los Angeles office. DR Movie in Seoul is also involved with the production. The team uses Storyboard Pro for most of the boarding and some keyframing, and most of the post is done in After Effects. All the backgrounds were painted in Photoshop. 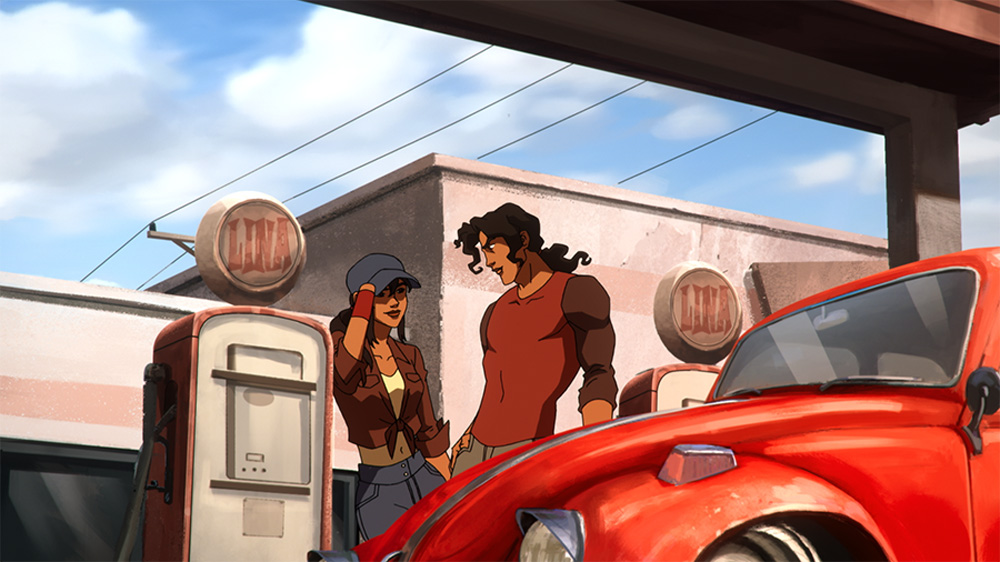 “We had about 40 production staff, designers, board artist and animators on the project at Powerhouse in Austin,” says Graeber. “We were also able to work with many local musicians and did sound and mixing at TBD Post in Austin. One fact about Seis Manos that we are proud of is that our storyboard team had more women than men.”

The producer says he loves the collaborative process that involves all the talented people on his team. “All animation production is a team sport,” he says. “I love watching things build from everyone bringing in their skills and expertise. On Seis Manos, I got to work with amazing people who brought so much love to every part of the process. I feel like we gave the people we worked with a lot of freedom, and it paid off.”

“Álvaro and Daniel created characters and a world unlike any that I have seen in animation,” he adds. “I love these characters and how Willis Bulliner and our crew brought them to life.” 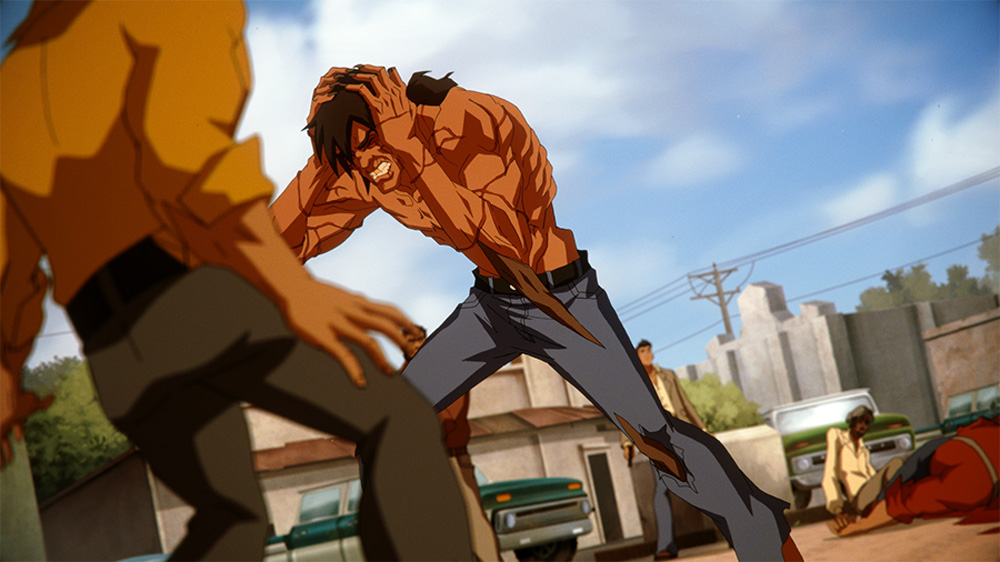 Graeber also points out it is quite rare today to work on an original concept in the world of animation. “It is especially rare to be able to work on a dark, adult-action series that is based on an original concept that features people of color,” he notes. “We had a lot to live up to by getting this opportunity, and I hope the audience feels the love that everyone brought to the project.”

Of course, the journey from idea to full series delivery was not without its share of challenges. Graeber and his team had to make sure the martial arts sequences and the cultural references were all as authentic as possible. The production benefited from the expertise of Sifu Thomas Leverett, who specializes in the Mantis and Hung Gar styles of kung fu. “He came in for a session or two for every episode, and we not only walked through fight choreography and took photos and videos for accuracy, but we also discussed philosophy and function,” recalls Graeber. 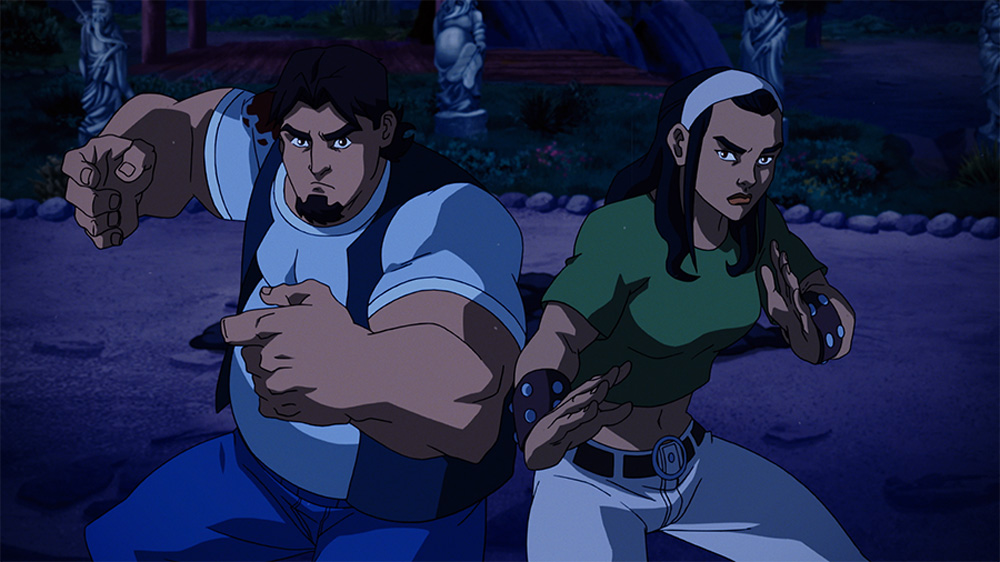 “We visited a local botánica in Austin and walked through a lot of the aspects of the show that focused on the supernatural and curandero practices,” he adds. “We also consulted with a Taoism expert for some other aspects of the show. We wanted to make sure we were as respectful and authentic as we could be. It was a lot of work, but I feel it was worth it.”

The producer says although most of the crew is very influenced by Asian animation, Seis Manos is quite unique and very hard to put in a specific box. “It’s as heavily influenced by many different ’70s-era genres like kung fu theater, grindhouse, ’70s horror, and even Blaxploitation films. Our director Willis Bulliner and character designer Eddie Nunez brought a lot of their own styles to the show. We were not looking to make an ‘anime.’ We were trying to make something that stylistically fit the concept and story that was created.”

Another reason the show stands out from other similar adult animation fare is that it features interesting and original Latino characters. Graeber stresses the importance of featuring diversity both in the production studio and in the series itself. “When you go to an anime or comic-book convention, you recognize that the dedicated fandom is incredibly diverse. For the most part, the same can’t be said about the characters in the movies and shows they love.” 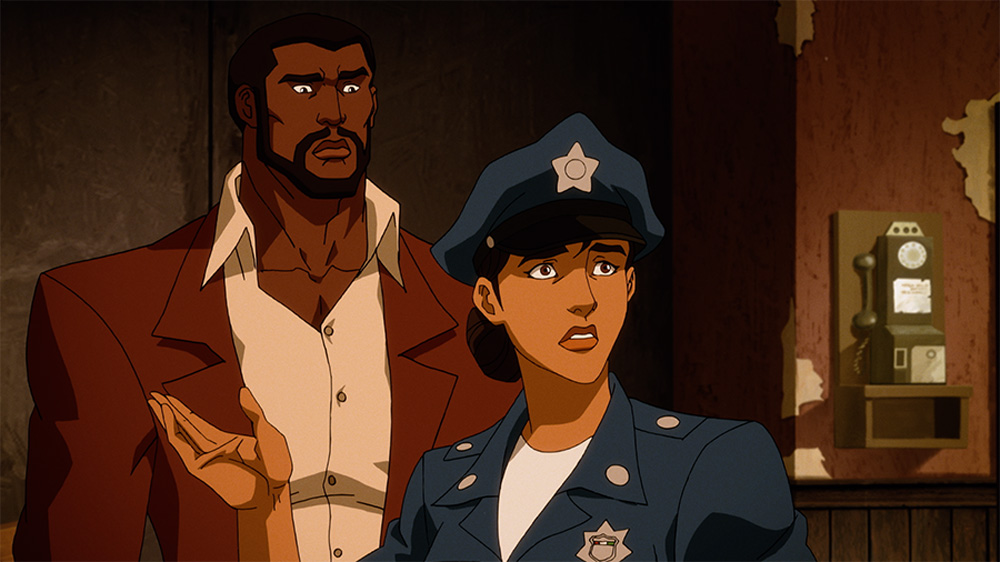 Graeber remembers how excited some fans were to see characters on the show that represented their own heritage. “At the first convention where we shared footage from the show, there was a young Latina girl in the front row of the audience. The clip was an action montage that featured our heroine Isabela. The look of excitement as she watched that clip was worth all the blood, sweat and tears we put into the production.”

As Graeber and his team get ready to gauge the reaction of Netflix audiences this month, he says he hopes the show will change the way people see the world. “When I watch a show, I want to learn something,” he admits. “I want it to expand my horizons and pique my curiosity. I want to learn more about the cultures of my friends, colleagues and peers. I want to think about it long after the show is over. I learned so much working on Seis Manos. It changed the way I see the world, and I hope it does that a little for our audience, too.”

Seis Manos is available to stream on Netflix. 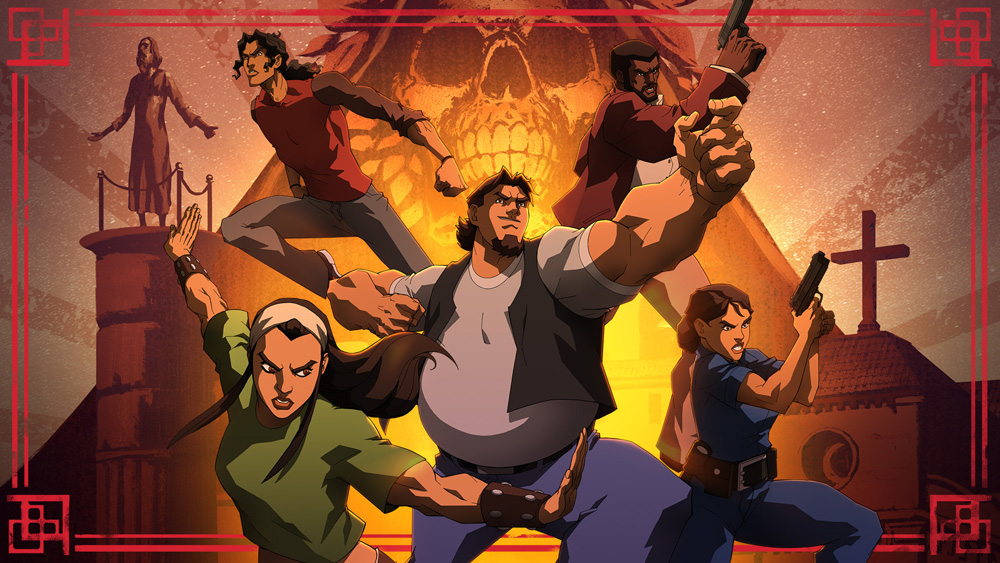