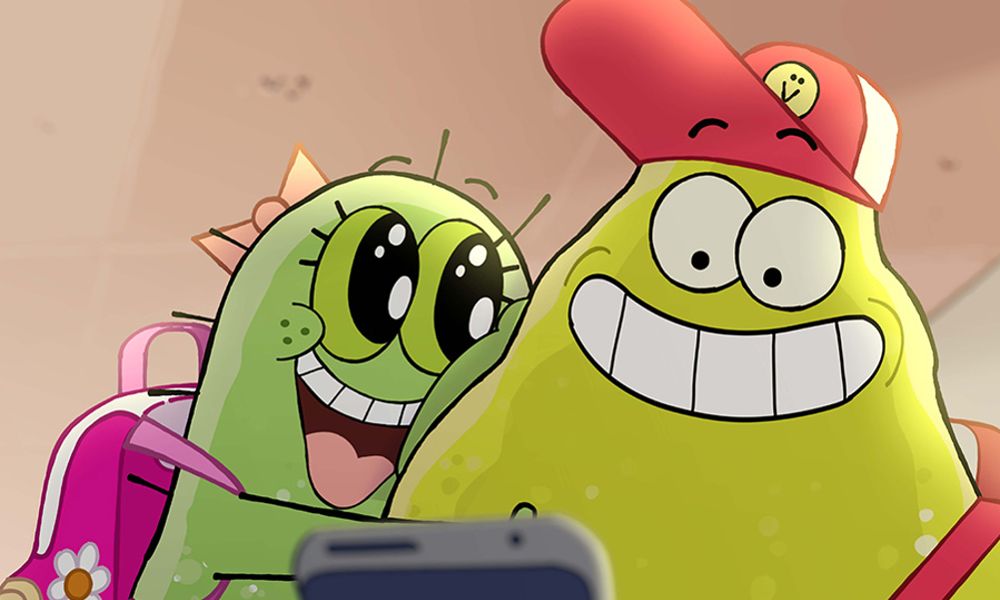 The amoeba-action-packed adventures of Cottonwood Media’s Squish launched on HBO Max on Friday (Jan. 8), bringing all 52 episodes to the streamer.

Executive produced and developed by John Derevlany, the 2D animated series is based on the original graphic novels for kids published by Penguin Random House. Written by New York Times best-selling authors Jennifer & Matthew Holm, the series follows Squish, an optimistic, overconfident amoeba just trying to do what’s right in a rather complex world. (Take a look behind the scenes here!)

With characters based on real microscopic creatures, Squish aims to educate kids about the world around them while helping to better understand the things they may be afraid of. While only a single-cell himself, comic-book-loving, Twinkie-eating Squish is big enough to help kids tackle any fear and show that not all bacteria and viruses are bad. Combining friendship, science and the tools to figure it all out, this charming, animated comedy proves that amoebae have quirks just like us.

Set in the town of Small Pond, Squish and his best friends Peggy and Pod embark on hilarious adventures in hopes of finding their place in this weird, gooey world. In a town filled with amoeba and paramecium, bacteria, viruses and fungi are the easy part. Navigating social survival is the true struggle.