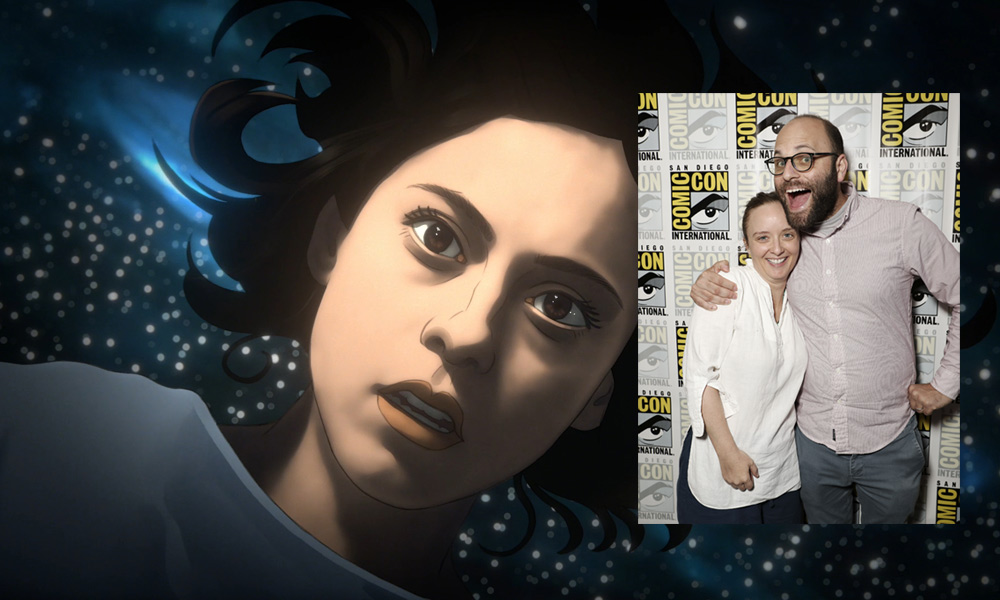 If you like your animated shows to be grown-up, surreal and a bit unsettling, then get ready to get hooked badly on Undone, the intriguing new offering from Raphael Bob-Waksberg (BoJack Horseman, Tuca & Bertie) and Kate Purdy (The McCarthys, Cougar Town). The half-hour rotoscope animated show, which premieres on Amazon Prime this month, is the kind of mystery that keeps you guessing and entertained until the very last minute.

Undone centers on a 20-something woman named Alma (voiced by Rosa Salazar) , who begins to see visions of her late father (Bob Odenkirk) after a near-fatal car accident and discovers that she has the ability to travel through space and time. The show, which is produced by Bob-Waksberg, Purdy, Noel Bright, Steven A. Cohen and Tommy Pallotta, also features a great, multicultural voice cast that includes Angelique Cabral, Constance Marie, Siddarth Dhananjay, Daveed Diggs, John Corbett, Jeanne Tripplehorn, Sheila Vand and Tyler Posey.

The origin of the show goes back to 2015 when Bob-Waksberg and Purdy were working on the first season of the acclaimed, Emmy-winning Netflix series BoJack Horseman. That’s when they started exploring the possibility of creating a new project that explored complex issues such as mental health and the nature of reality.

“We started talking about our own personal lives and families,” recalls Purdy. “I told him about my grandmother Geraldine, who had schizophrenia, and my own fears about mental health. I was going through a divorce and a hard time in my life, and as a result was discovering all these alternative healing modalities, and meeting shamans around the world. As a result, I came to see our world and our approach to mental health in a new light.”

In the beginning, the producers weren’t quite sure whether the show would be animated or not. Yet, as the different parts began to gel, they realized that the surreal nature of the content made it a natural candidate for animation.

One of the driving forces behind the show’s highly artistic look is acclaimed director Hisko Hulsing, an indie Dutch animator who is best known for his award-winning shorts Junkyard and Seventeen. “Our producers Noel and Steve found Hisko, who is absolutely amazing,” says Bob-Waksberg. “It was his idea to use rotoscopy since he wanted to capture the micro expressions of the animated characters’ faces, and we were all on board.” Purdy adds, “We wanted a style that felt real and grounded, but was animated enough so that when crazy things started to happen, you wouldn’t feel like we were suddenly breaking the show. We needed this seamless transition between what was real and what was unreal.” 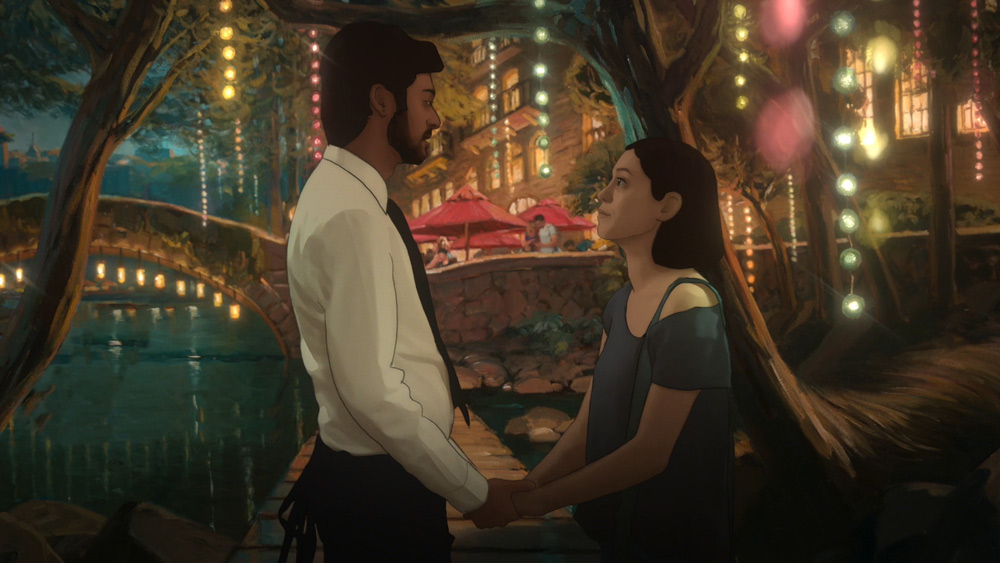 The production of the show is quite different from other animated shows. “It’s almost like we make the show three times,” jokes Purdy. “We first shoot the show in live action in Hollywood. Then that footage is sent to Minnow Mountain Studio (A Scanner Darkly, Waking Life) in Austin, where they rotoscope it and choose which lines to animate for all the expressions and emotionality. Finally, it goes to Submarine Studio in Amsterdam, where Hisko oversees the animation and they oil paint the backgrounds and different elements are added in the compositing process.”

Bob-Waksberg says one of the exciting things about working on the show is the technology’s possibilities. “The thing about working in this medium is that there are not too many projects that are created via rotoscopy, so every time someone experiments, there is an opportunity for more innovation in the process,” he notes. “There are tricks that our animators are using now that weren’t available to us when we started the project. We have found these solutions that make the process run more smoothly. You also have to be careful when you mention other rotoscopy projects, because it’s a very small community. I made a joke about those e-trade [Charles Schwab] commercials one time after a screening, and it turned out that some of the animators actually worked on those spots as well!”

Another great thing about the show is that its central character is a strong, interesting Latinx woman. Purdy says it was very important for her to have diversity on screen and represent many kinds of people and their experiences. “I was born in Austin and raised in San Antonio, and we lived with our family in Mexico for a few years,” explains Purdy. “San Antonio is predominantly Mexican-American and Latinx, and we really wanted to have a realistic representation of the culture, heritage and make-up of that city on the show.” 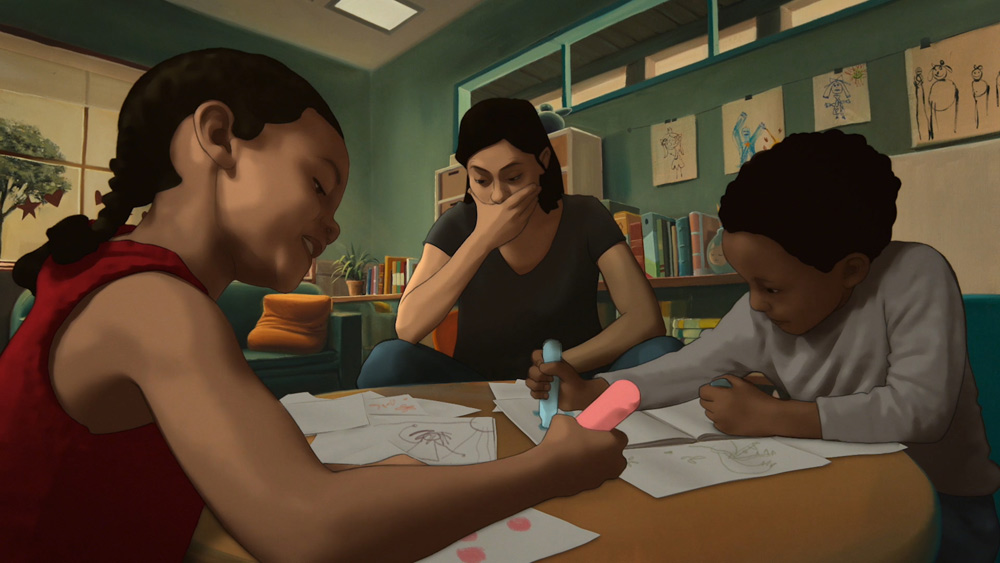 “One of the biggest joys of working on Undone is how much all the amazing collaborators are bringing to the show,” says Bob-Waksberg. “We have these amazing actors who are so expressive and bring each episode alive. Then, there is this wonderful writing staff who took some of our ideas and built upon them in a beautiful way. Of course, then there are the rotoscopers, the animators and the painters and artists. I feel that everyone who comes on board finds a way to elevate the piece. I have to say that everyone who has worked on the show has been a real delight to collaborate with.”

Purdy says she has also been awed by everyone’s contributions. “It’s like labor pains,” she says. “Every process is incredibly painful, when it’s all done, you just think how blissful and beautiful it has all been. I just hope that after they see the first eight episodes, the audience questions the nature of reality and our purpose here, and they think about what they want our answers to be.” 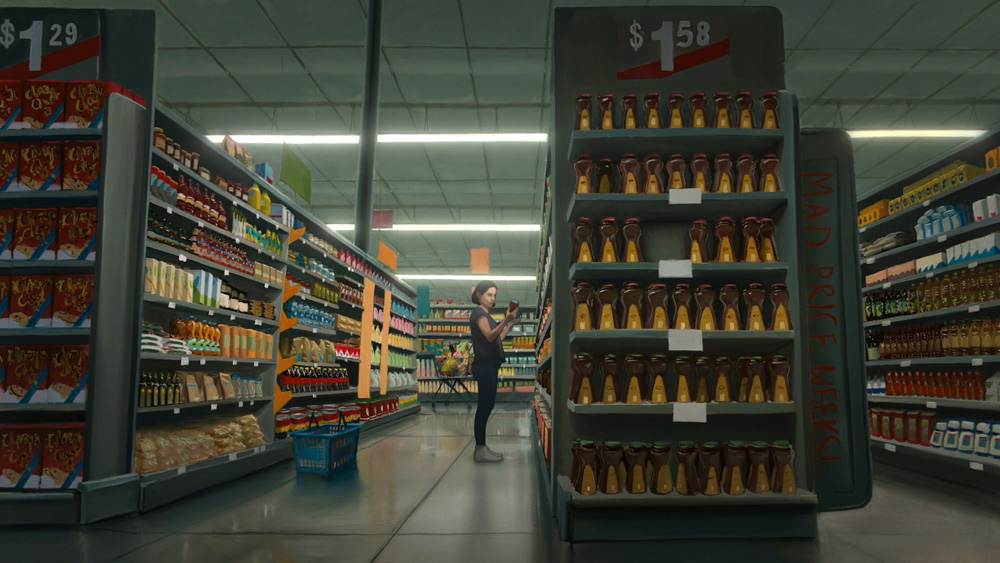