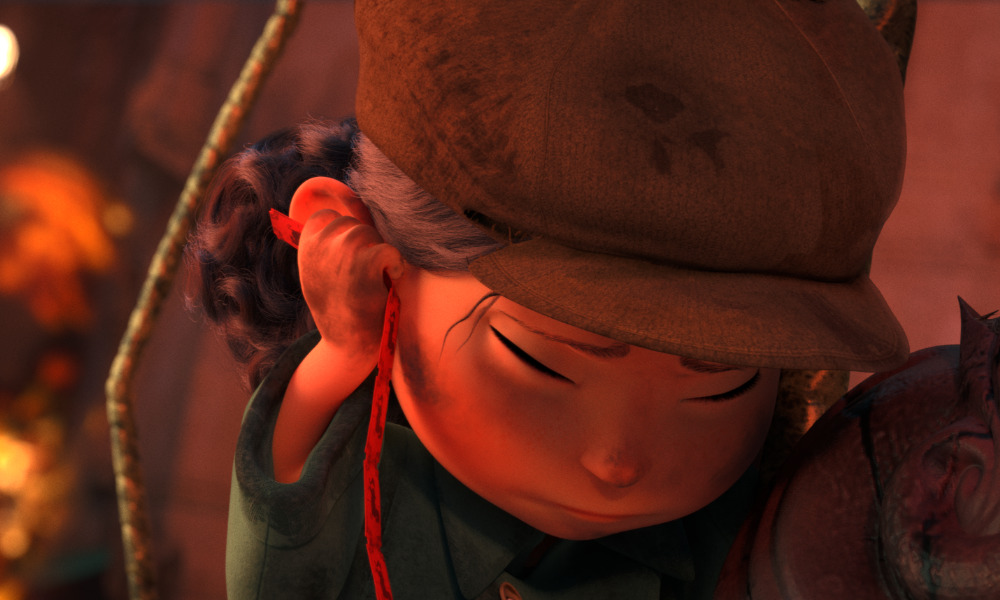 In the shadow of Russia’s invasion of Ukraine, the international collaborative animated short Mila has been enlisted by anti-war efforts in Europe, returning to screens on Italian national broadcaster RAI this week and being made available to broadcasters across the continent for free. Directed by Cinzia Angelini and produced by Andrea Emmes, the film was created by more than 350 volunteer artists in 35 different countries, and tells the story of a young girl caught in the chaos of World War II (read more here). Mila was first broadcast in November 2021 and again on New Year’s Day. The free distribution initiative is bolstered by Luca Milano at RAI Ragazzi and the European Broadcasting Association.

“From the very beginning of the film’s conception, we knew it was destined to be relevant. Sadly, we could never have imagined that we would be faced with yet another global crisis as this,” the Mila team wrote in a statement. “The leadership group, including our sales agent, Tania Pinto da Cunha, at Pink Parrot Media, has decided to grant limited broadcast rights of the film at no cost, for 30 days. We all agreed that in this very challenging, even difficult time, it is important that Mila’s message of hope be distributed to as many nations as possible. We hope to help children facing this tragedy understand that they are not alone, and to remind adults who may be far removed from the violence, what’s at stake.”

In related news, Netflix has temporarily halted all future projects and acquisitions in Russia, a source has reportedly told Reuters. The streaming giant, which is available in 190 countries and territories, had four Russian-language series in production and post-production. It was not noted whether any animation projects would be affected. Netflix currently offers popular Russian kids’ toons like Booba and Masha and the Bear, and just last year brought on its first animated feature produced in the country: Wizart’s Secret Magic Control Agency.

The stoppage is in line with the censorial actions being taken by studios, distributors and events across the entertainment industry in response to Moscow’s escalation of the Russo-Ukrainian War. (Read more here.) 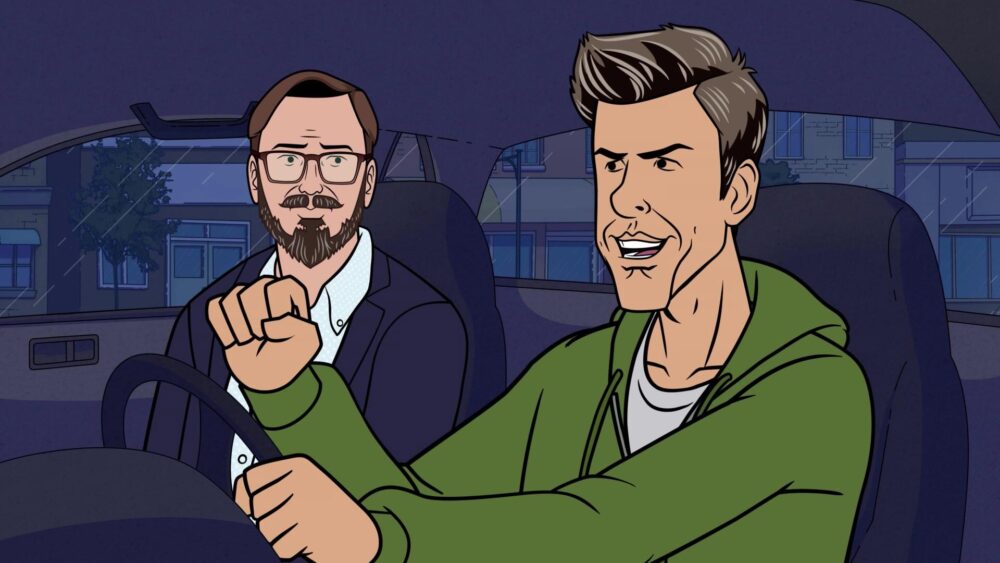 Dicktown “The Mystery of the Missing Pimento Cheese Recipe”

Season 2 of adult toon Dicktown is ready to crack more hard cases tonight (March 3) on FXX, premiering two all-new episodes at 10 p.m. ET/PT. In the first S2 capers, John and David must locate a legendary stolen recipe for pimento cheese. Then, they go undercover as lil’ animals in the Mammal Island video game. All episodes stream the next day on FX on Hulu.

The series centers on John Hunchman — once the famous boy detective of Richardsville, North Carolina (“Dicktown” to the locals), but now he’s pushing 40 and still solving mysteries for teens. David Purefoy, his former bully, is now his driver, muscle and only friend. Between chasing down stolen recipes and high school mascots gone rogue, John and David never stop trying to solve the biggest mystery: how to grow up. Dicktown was created, written and directed by John Hodgman and David Rees, and is executive produced by Hodgman, Rees and Matt Thompson (Archer) of Floyd County Productions. 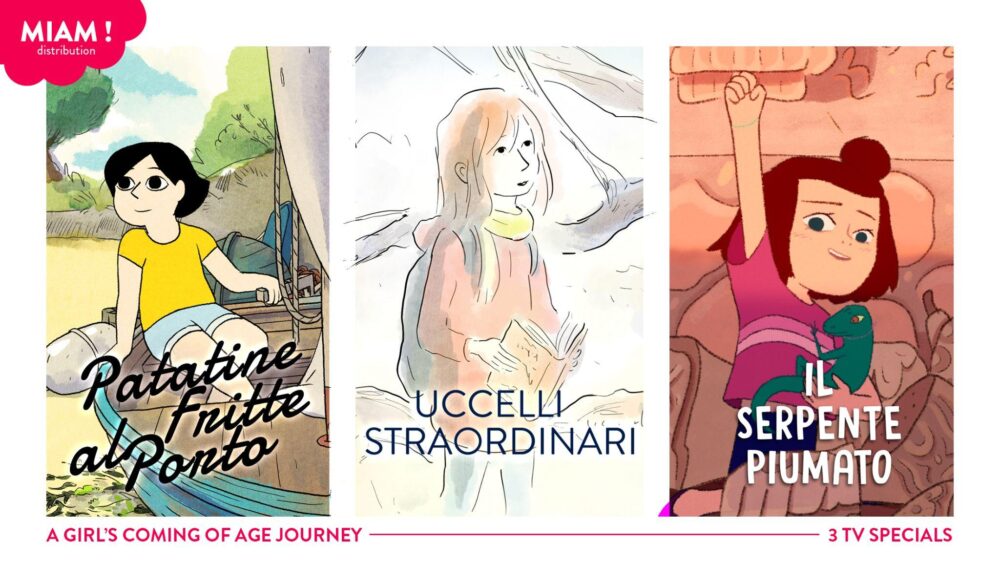 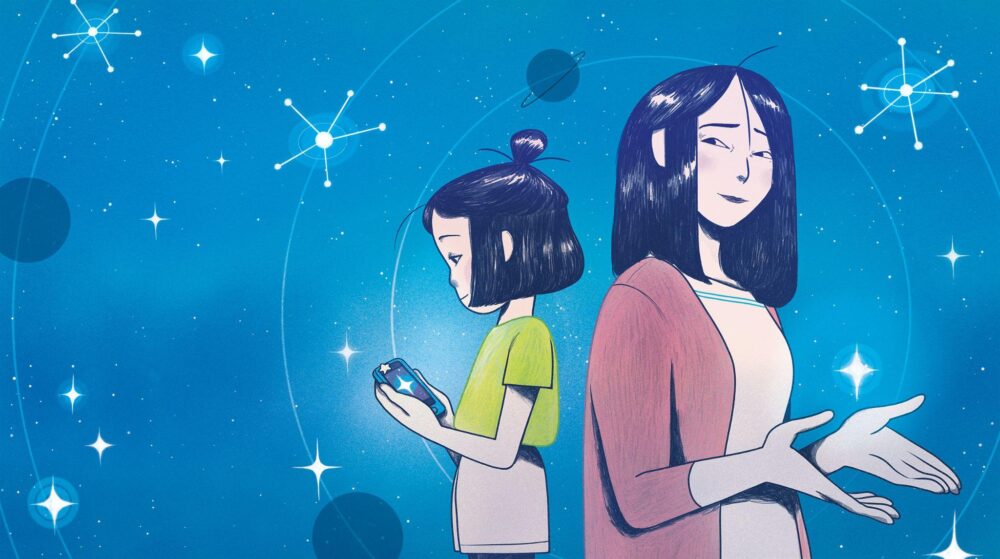 MIAM ! distribution and RAI (Italy) struck a new deal for the collection A girl’s coming of age journey: tales of feminine early bravery (4 x 26’). The quartet of TV specials are set to be broadcasted as part of RAI Ragazzi’s programming for International Women’s Day this month. Each half-hour animation follows pre-teen girls as they overcome their life challenges by conquering a new environment. 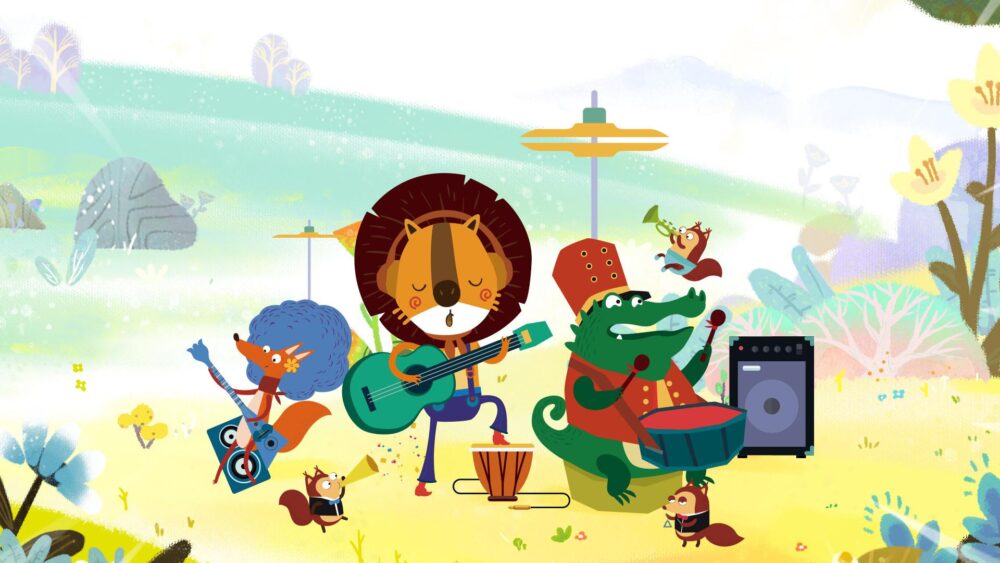 U.K.-China media group The Media Pioneers (TMP), has signed a number of deals for the preschool educational series Jili & Gulu. Having successfully aired in Mainland China on multiple platforms including Tencent and Youku, Season 1 has also been sold to VIUTVsix (Hong Kong), START (Russia and CIS) and the largest non-for-profit Spanish language broadcaster in the U.S., HITN, to air on their Edye platform for preschool children, where it will premier across the United States and Latin America later in the year.

Produced by Le-Cool Culture and Zhongchuang Huashi Culture Development, Jili & Gulu (52 x 7’) is a heartwarming 2D comedy-adventure series, featuring a little lion named Jili, a crocodile called Gulu and a sweet bunch of lovely little animal friends who live happily together in the Drip Drop Forest. In this amazing place, they grow up together whilst learning and having lots of fun and adventures. The endearing series offers educational elements such as science, life skills, friendship, and humor. Season two is now complete and available worldwide, distributed by TMP. 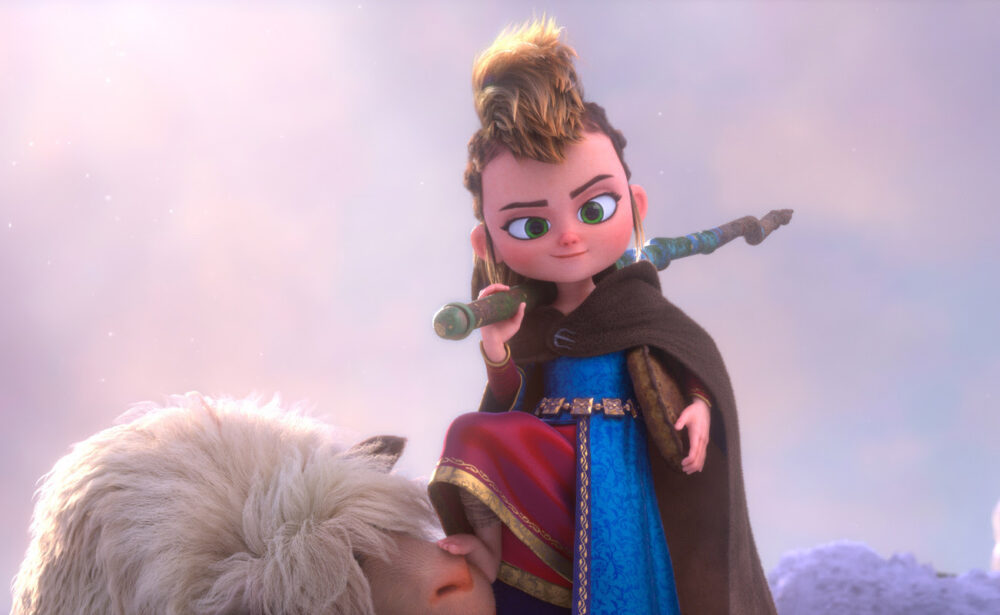 This weekend, U.K. audiences can catch a new fantasy tale when Pil’s Adventure premieres on Sky Cinema on March 5 as a Sky Original.

Pil is a young orphan living in the medieval city of Misty Rock. One day, Tristain, the cruel regent curses Roland, heir of the thrones and changes him into a “chickat” (half chicken, half cat). To save Roland and the kingdom, Pil embarks in a quest for the antidote. Graubart, a clumsy guard with a good heart, Chuckly, a young loony jester, and her three teamed weasels come along. From the Cursed Forest to the Were-unicorn’s lair, Pil and her unlikely companions will live the greatest adventure. And find the family they never had.