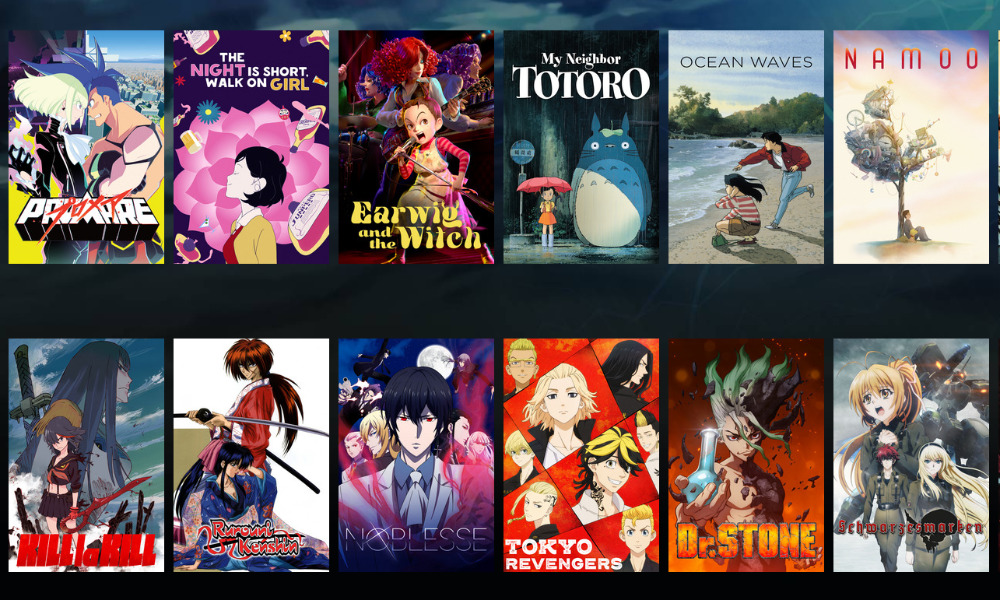 HBO Max’s collection pages also include Anime and More Global Animation, an anime-centric page which also includes content from Studio Ghibli. During this year’s AAPI Heritage Month, HBO Max will launch the Ani-May initiative, which includes a celebration of iconic anime moments old and new, fashion from Asian animation, Cartoon Network’s Adventure Time and other episodes influenced by anime. In addition, an original meditative rainfall video from Makoto Shinkai’s Weathering With You and a new Adult Swim episode of Ambient Swim inspired by ’90s anime will be featured. 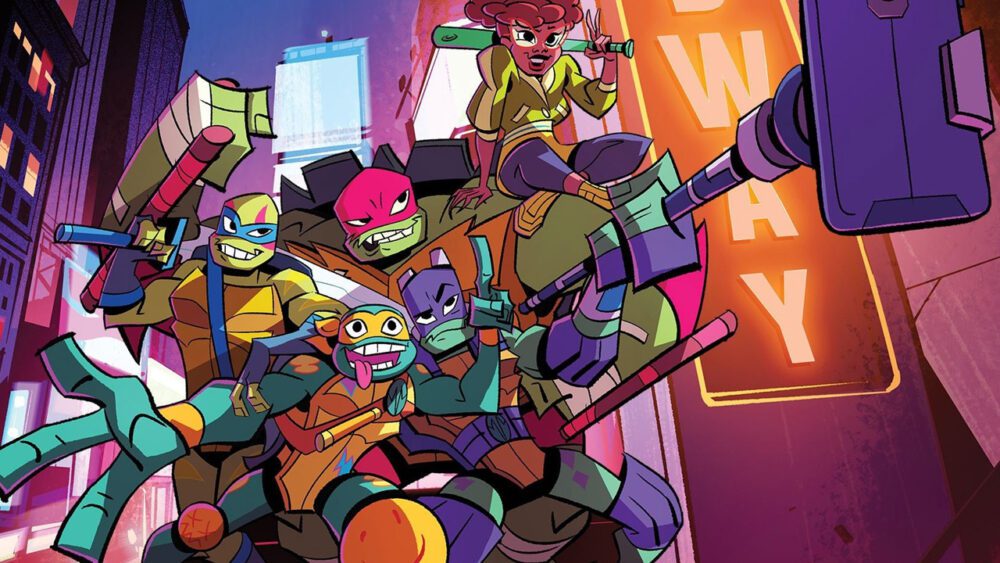 Rise of the Teenage Mutant Ninja Turtles: The Movie

Netflix recently revealed release dates and more details for its summer movie slate. IN addition to the previously announced launch of Chris Williams’ The Sea Beast on July 8, the season will have at least one animated highpoint: the eagerly awaited premiere of Rise of the Teenage Mutant Ninja Turtles: The Movie on August 5. Based on the 2D animated Nickelodeon toon (2018-20), the pic was previously announced as part of the streamer’s 2021 animation slate.

Per that announcement, the movie will see the Ninja Turtles faced with their greatest challenge yet when a mysterious stranger arrives from the future with a dire warning. Leo is forced to rise and lead his brothers, Raph, Donnie and Mikey in a fight to save the world from a terrifying alien species … the Krang! Ant Ward and Andy Suriano are set to direct, and Haley Joel Osment is joining the series cast. Nickelodeon Animation Studios is producing. 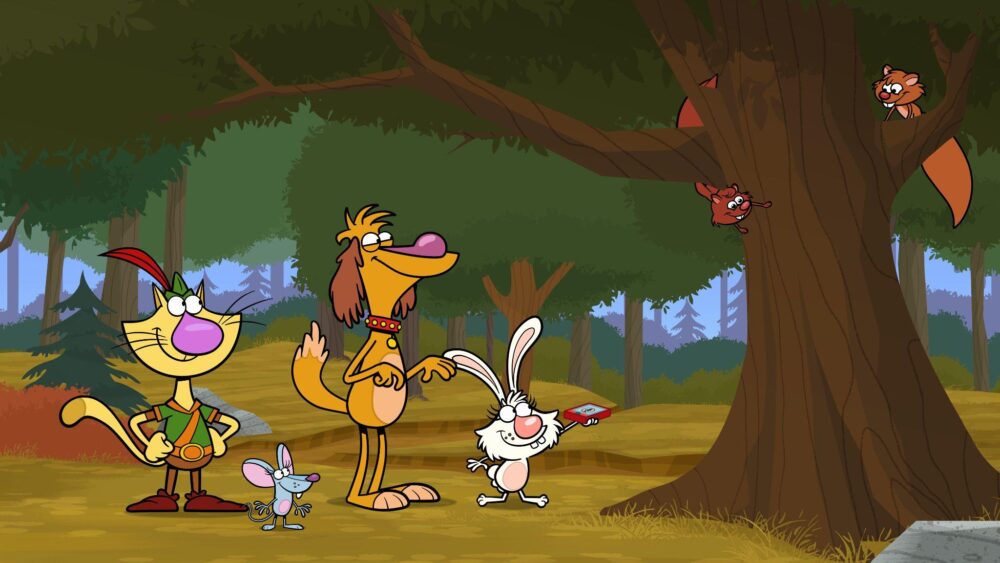 Following its announcement of its “Explore the Outdoors” themed lineup — featuring Alma’s Way, Elinor Wonders Why and Cyberchase — PBS KIDS has revealed the episode titles for a spate of brand-new Nature Cat episodes. As part of the nature appreciation programming event, Nature Cat, Hal, Squeeks and Daisy will embark on a week of exciting outdoor adventures, helping all sorts of friends along the way!

The gang will discover the sounds of the woods to find the soundtrack for a Nature Dance Party, track a scent on the wind to find a spot that holds a special memory, look for answers as to why leaves fall, and embark on a wild river ride filled with rapids, floods and dams. Tally ho! 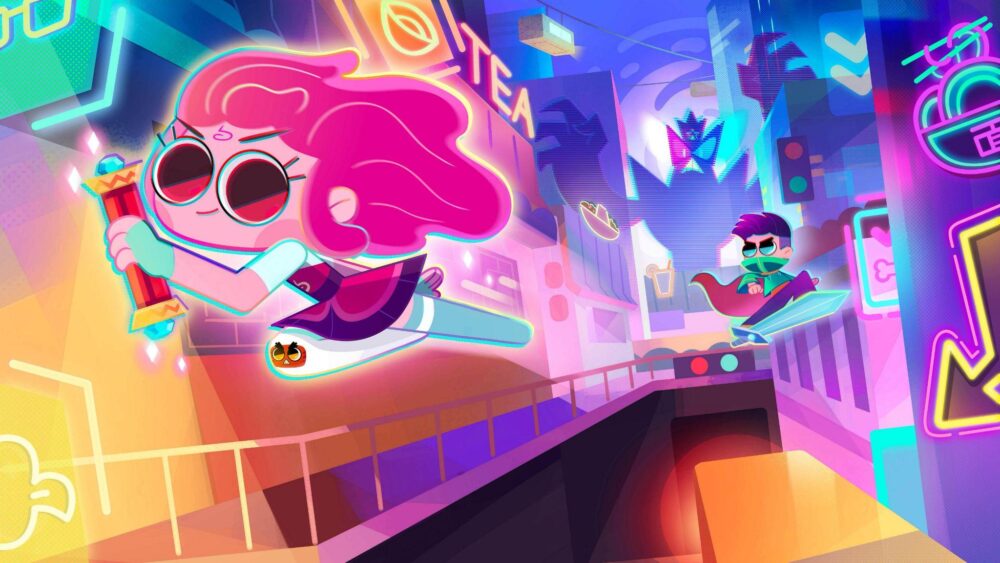 The series follows the adventures of a curious eight-year-old girl named Tee Zee who always dreamed of going on adventures and exploring wonderful places, and then one day she finds an odd-looking sock in her mother’s laundry that… talks… and was originally a Kung Fu Master from another world charged with guarding an ancient scroll. When the Master came through a vortex into Tee Zee’s time, his powers were weakened, and he was transformed into a sock. However, when the little girl puts the sock on her foot she transforms into a super heroine! Together, they must complete Kung Fu Wa’s mission and follow the ancient scroll to defeat evil and protect their world. 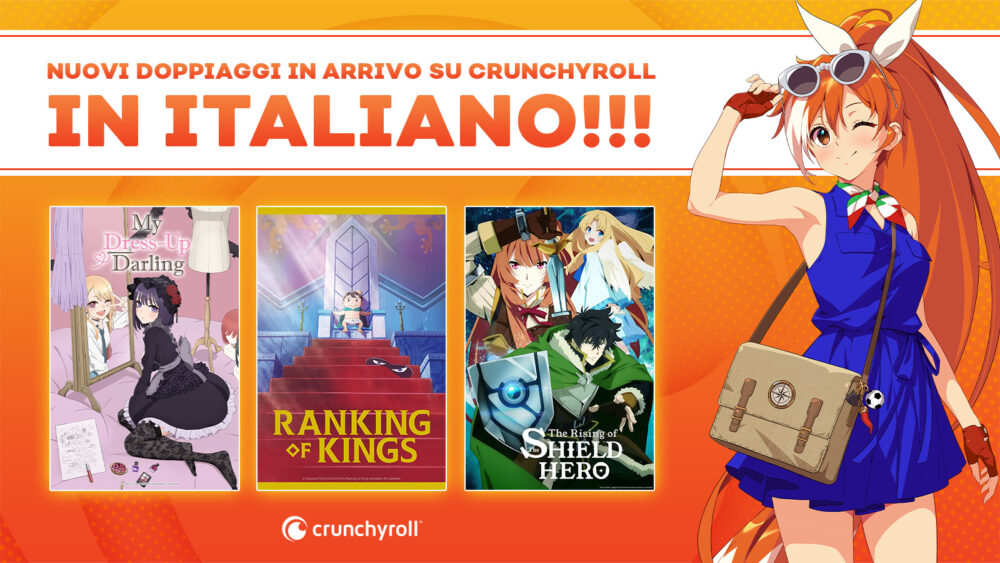 Crunchyroll is delivering a treat for fans in Italy with the premiere of the very first Italian dubs this Spring, complementing Crunchyroll’s biggest anime season on record. Earlier this month, Crunchyroll announced the full slate of dubbed anime heading to the platform with 25 series streaming for fans in a mix of English, Spanish, Portuguese, French, German and Russian. 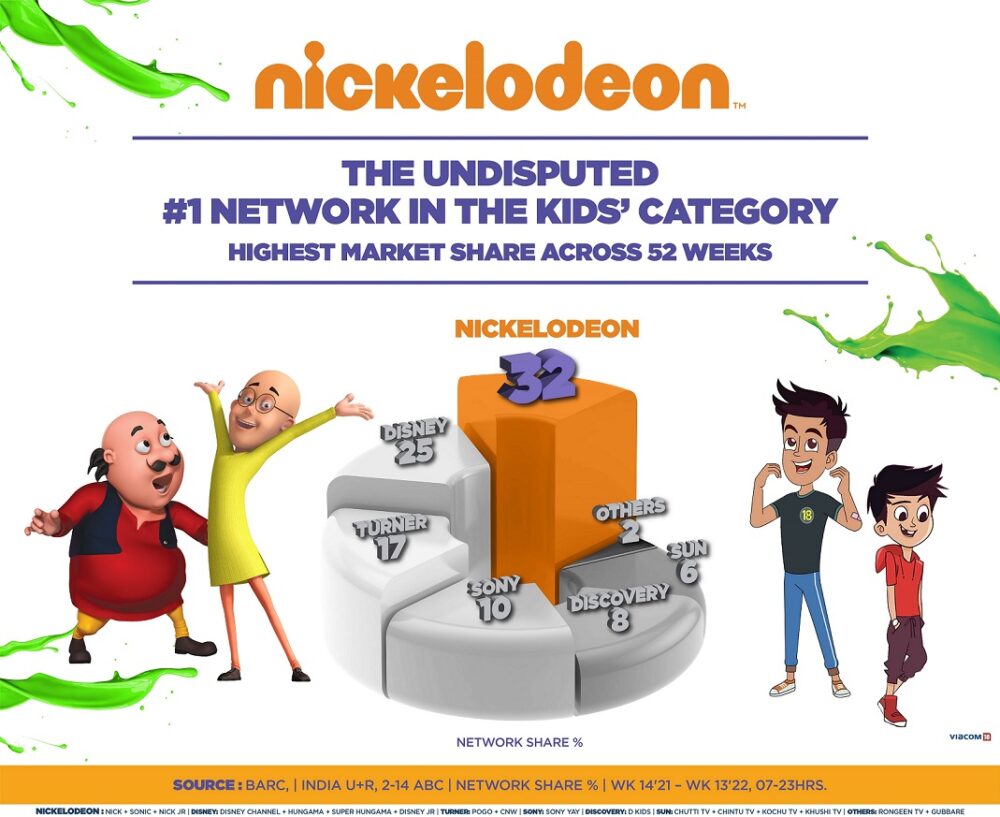 Viacom18 is celebrating the stellar performance of Nickelodeon in India, where the franchise enjoys a cumulative network share of 32% for kids’ TV. Nickelodeon today delivers the highest reach week to week (48 million kids) boasts of the largest home-grown content library thanks to the launch of 11 successful IPs in 11 years. The pioneering franchise continues to top the charts with two channels, with Nickelodeon at No. 1 and Nickelodeon’s SONIC at No. 2 for FY22. And there is more to come!

Nick will roll out new stories from fan-favorite toons with all new episodes of Rudra, Shiva, Motu Patlu and Chikoo aur Bunty, as well as many made for TV movie premieres. This will include Motu Patlu & the Secret of Devil’s Heart, premiering May 29, and the first ever crossover for two super cool characters in Shiva-Rudra vs. Pirates of Universe, which premiered Sunday and is available to stream on Voot Kids.

SONIC is set to bring back the fun and thrills with new episodes of Golmaal Jr, Pakdam Pakdai, Pinaki and Happy The Bhoot Bandhus. Further catering to the ever-growing content demands of its young viewers, the summer season will introduce a new adventure-filled ‘smurfiness’ with the much-loved international franchise: The Smurfs CGI series will entertain kids with comic capers starting this June. 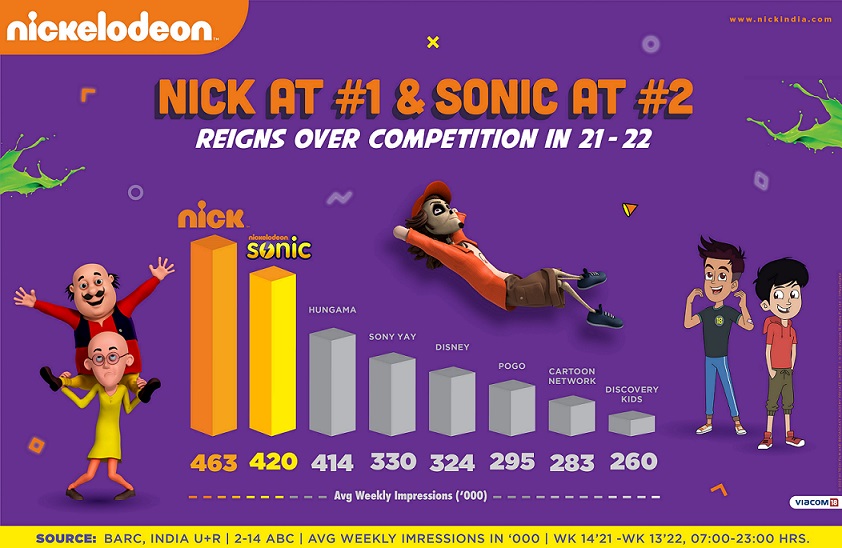