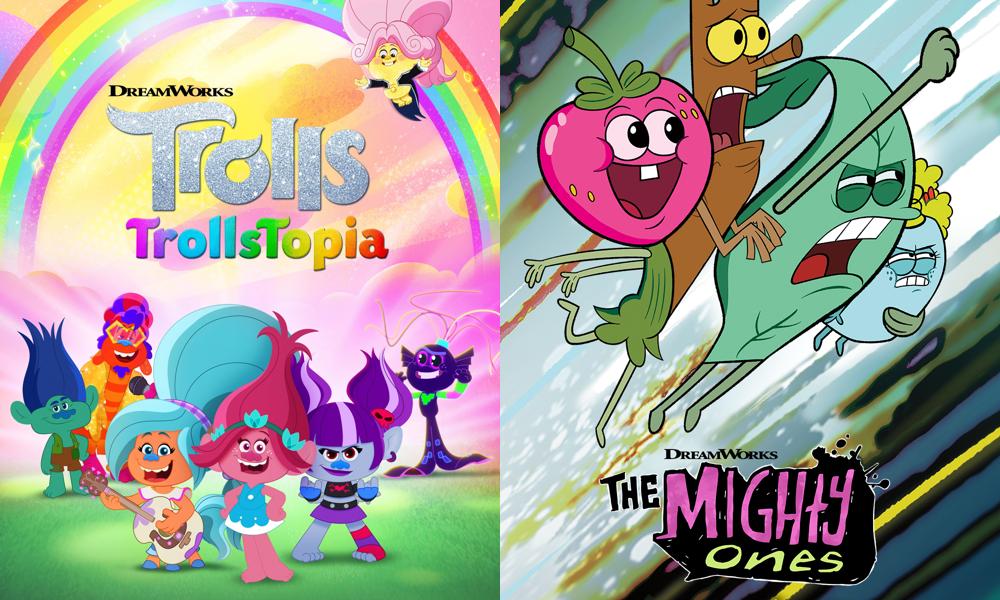 TrollsTopia and The Mighty Ones

NBCUniversal streamer Peacock is feathering its kids’ content nest in November, with the premieres of Poppy’s latest music-fueled experiment in DreamWorks’ TrollsTopia and the all-new original comedy-adventure The Mighty Ones.

Youngsters will also be able to catch new episodes of Curious George, Cleopatra in Space, Madagascar: A Little Wild and Where’s Waldo? rolling out this month and into December.

Series Premiere Thursday, November 9: In every backyard a secret world exists filled with tiny creatures. DreamWorks The Mighty Ones follows the hilarious adventures of the smallest of them: a twig, a pebble, a leaf and a strawberry who call themselves “the Mighty Ones.” These best friends live in an unkempt backyard belonging to a trio of equally unkempt humans who they mistake for gods. Despite their diminutive stature, The Mighty Ones are determined to live large and have fun in their wild world.

Series Premiere Thursday, November 19: Inspired by the beloved DreamWorks Animation films, DreamWorks TrollsTopia is the next chapter in the hair-raising adventures of the Trolls. Now that Poppy knows there are other musical Trolls scattered throughout the forest, she bottles up her endless positivity and invites delegates from every Troll tribe in the forest to live together in harmony in a grand experiment she calls TrollsTopia!

Season Premiere Thursday, November 19: In the Season 2 of DreamWorks Cleopatra in Space, after facing off against the evil Octavian, Cleo and her friends embark on a mission searching the galaxy for an ancient artifact that could help defeat Octavian once and for all.

Based on the award-winning graphic novel series by Mike Maihack, executive produced by Doug Langdale (The Adventures of Puss in Boots) and co-executive produced by Scott Kreamer (Kung Fu Panda: Legends of Awesomeness), the comedic adventure focuses on the untold story of Cleopatra’s teenage years. Viewers can follow Cleo as she is transported 30,000 years into the future, to an Egyptian-themed planet that is ruled by talking cats and where she discovers she is the prophesied saviour of the future world. In order to prepare for her role and mission, Cleo is sent to an elite academy where she has to train to take on the bad guys, figure out how to eventually get herself back home to Egypt, as well as tackling the highs and lows of being a teenager in high school.

Season Premiere Friday, December 11: A curious little monkey named George sets out on adventures to learn about the world around him in this 13th season of Curious George. Peacock is home to a robust Curious George collection, which includes seasons 1-12, along with select episodes from season 13, which debuted as Peacock Originals earlier this year.

First introduced to the world of children’s literacy over 75 years ago, Curious George was created by Margret and H.A. Rey in 1941 and remains one of the most beloved children’s classics of all-time. The animated series targets preschool viewers and follows the adventures of everyone’s favorite monkey and his insatiable curiosity to bring delightful antics, gentle humor and heartfelt emotion to each fun-filled episode. With a focus on education, the Emmy Award-winning program incorporates early concepts in math, science, technology and engineering and encourages children to use their imagination and expand their own investigations of the world.

Season Premiere Friday, December 11: In season two of DreamWorks Madagascar: A Little Wild, Alex the Lion, Marty the Zebra, Melman the Giraffe and Gloria the Hippo continue their big adventures in New York City. The foursome become babysitters for a new litter of tiny hedgehogs, Melman gets stuck in a firetruck, and Alex is accidentally mistaken for a large house cat. While their shenanigans may lead to sticky situations, the little pals always work together and make the best of whatever life throws their way.

The lovable zoo foursome steal the show in Madagascar: A Little Wild, executive produced by Johanna Stein (Kung Fu Panda: The Paws of Destiny). Capturing the iconic personalities of each of the four dynamos, the series follows the team as kids residing in their rescue habitat at the Central Park Zoo. They might be small, but like everybody who lands in New York City, these little guys have big dreams and many adventures.

New Episodes Premiere Friday, December 11: In the second season of DreamWorks Where’s Waldo?, Waldo, Wenda and Wizard Whitebeard are off on all new globetrotting adventures celebrating cultures around the world from Canada to Buenos Aires to New Zealand and everywhere in between! It’s an international race to the finish for these intrepid explorers as they earn their wizarding stripes by collecting magic keys before the meddling Odlulu foils their fun.

Waldo and Wenda are members of the Worldwide Wanderer Society, the international order of curious travelers who circle the globe celebrating cultures and solving problems through observation. Their mentor, Wizard Whitebeard, a seasoned wanderer, sends the inquisitive young adventurers on international travel missions so they can earn their stripes and someday become wizard-level wanderers too. But standing in their way is their rival Odlulu, who can’t help but cause trouble wherever she goes. 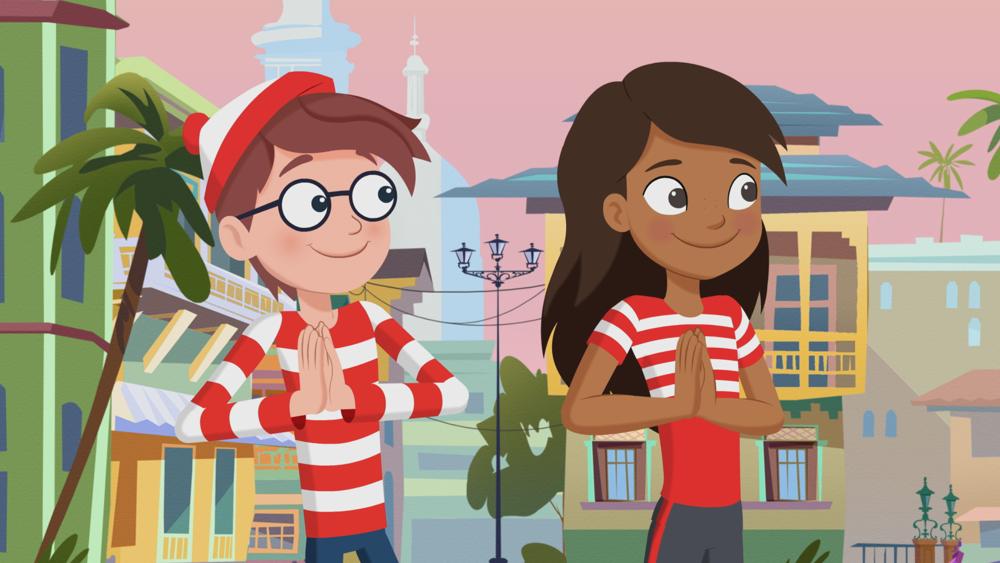