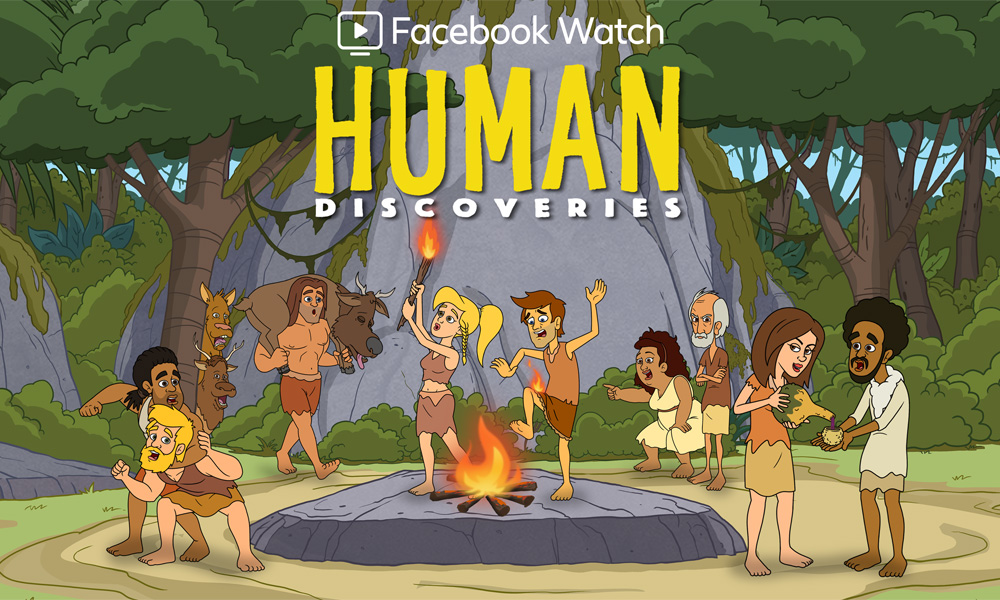 Human history gets an animated comedy remix in Human Discoveries, a new adult-targeted series about a band of hapless homo sapiens trying to survive and thrive through ingenuity — and accident. The show premieres with three episodes on Facebook Watch on July 16 at 6 p.m. PT / 9 p.m. ET.

Human Discoveries follows a group of friends — Gary (Zac Efron), Jane (Anna Kendrick), Trog (Lamorne Morris), Minerva (Jillian Bell) and Ugg (Paul Scheer) — living at the dawn of human civilization as they discover necessities like fire and the wheel. But, much more importantly, they stumble onto humanity’s best, and worst, innovations. Art. Alcohol. Fashion. Racism. Small talk. And, much to their confusion, monogamy.

Created by longtime childhood friends Chris Bruno and David Howard Lee, the idea for the animated series was born over a shared bag of popcorn that led them to wonder about the first person to pop a corn kernel over a fire. The series evolved into a social commentary on 2019 through the lens of prehistoric times.