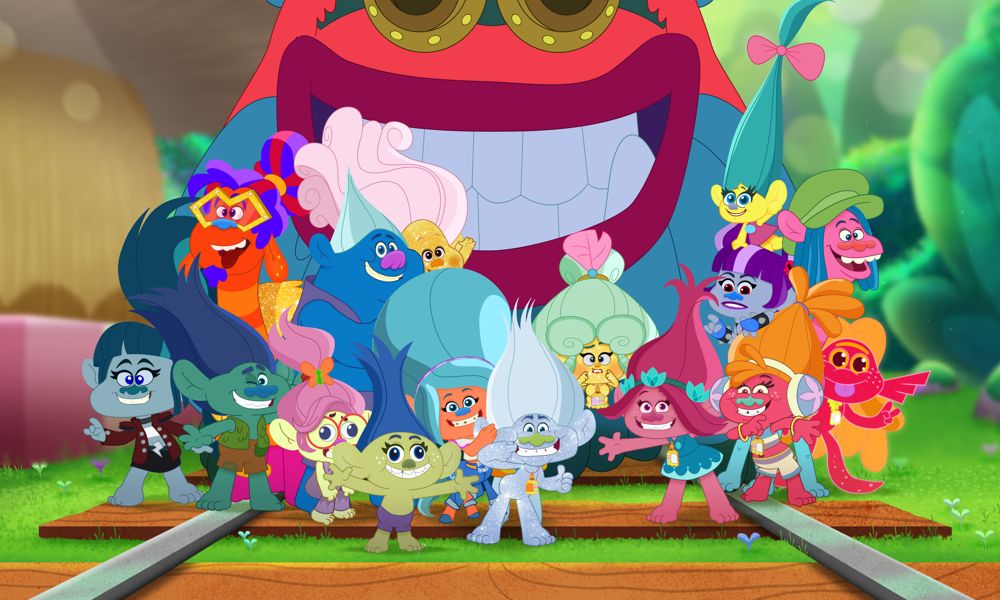 Your favorite DreamWorks trolls are ready to restart the party next month, as Season 2 of TrollsTopia premieres on Peacock and Hulu with six all-new episodes March 18.

Executive produced by Emmy-nominated Matthew Beans (Trolls: The Beat Goes On!) and inspired by the beloved DreamWorks Animation films, TrollsTopia is the next chapter in the hair-raising adventures of the trolls. Now that Poppy knows there are other musical trolls scattered throughout the forest, she bottles up her endless positivity and invites delegates from every troll tribe in the forest to live together in harmony in a grand experiment she calls TrollsTopia!

In the newest season of TrollsTopia, the fun doesn’t stop! Friendships between the tribes are stronger than ever with the arrival of “Pal-entine’s Day” and the help of the new Metroll train station, connecting all of the neighborhoods together. But when Chaz, a smooth jazz troll arrives, Poppy realizes she accidentally excluded an entire tribe from TrollsTopia and must do everything she can to make her new friends feel at home.