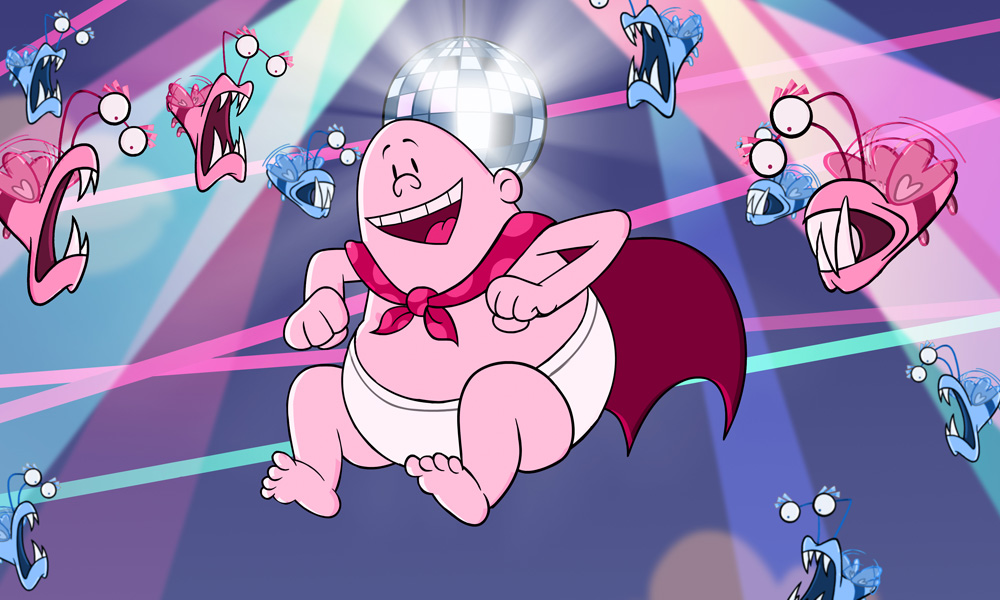 Good news, pranksters and toon fans: the second season of DreamWorks Animation Television’s The Epic Tales of Captain Underpants is set to premiere in a mere fortnight. The new episodes will premiere exclusively on Netflix on Friday, February 8.

Synopsis: The Epic Tales of Captain Underpants is back for a second season with more adventures for George Beard and Harold Hutchins, two best friends who’ve bonded through their love of pranking, comic books and being the thorns in Principal Krupp’s side. In Season 2, George and Harold must try to keep their grades up in order to go to summer camp! But with Principal Krupp sent away, will they come out on top in a school run by Melvin and a Cyborg Melvin from the future?

From Peabody Award and Emmy-winning executive producer Peter Hastings, the Annie Award-nominated series is based on the novels by Dav Pilkey which have sold more than 80 million copies worldwide. The main cast includes the voice of Sean Astin (Lord of the Rings, Stranger Things) as the series’ narrator, Nat Faxon (Ben and Kate, Married) as Captain Underpants/Mr. Krupp, Jay Gragnani (Bubble Guppies) as George Beard and Ramone Hamilton (Will & Grace) as Harold Hutchins.

Exclusive Clip: ‘Scooby-Doo! and the Curse of the 13th Ghost’ Out Feb. 5
‘How to Train Your Dragon 3’ Screening at TAAFI with Dean DeBlois, Jay Baruchel