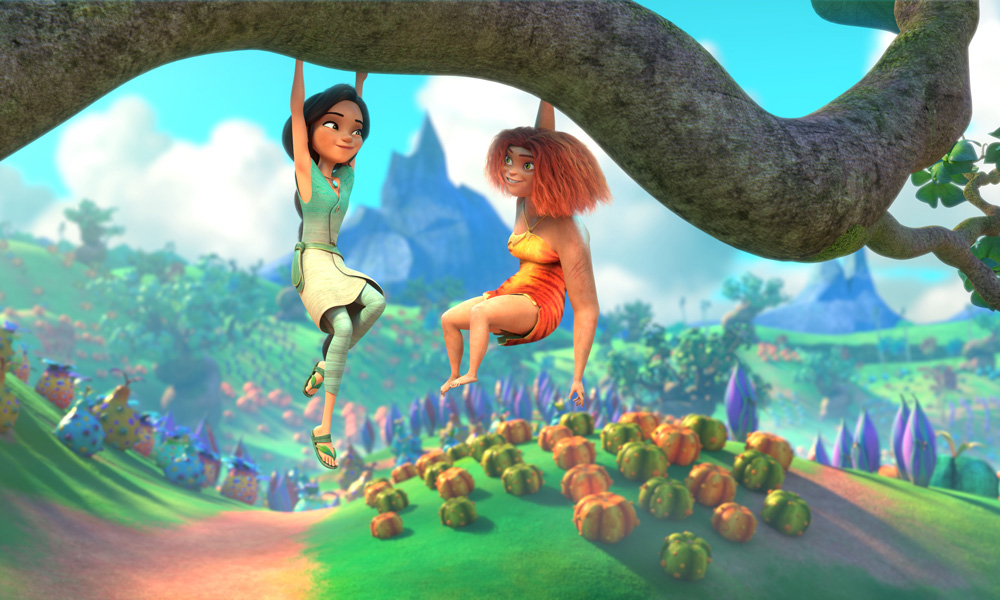 DreamWorks Animation announced today The Croods: Family Tree series, inspired by the hit film The Croods: A New Age, will premiere on Peacock and Hulu streaming on September 23 with six episodes. The announcement was accompanied by a colorful trailer for the debut season, starring the odd cohabitating clans of Croods and Bettermans.

The Croods: Family Tree continues the ever-evolving story of the Croods and the Bettermans as they learn to live together on the most idyllic farm in prehistory. The journey from sparring rivals to unlikely friends is fraught with hilarious misadventures as the two families slowly overcome their differences to turn a treehouse divided into a treehome united.

The new series features the voices of Kelly Marie Tran (Raya and the Last Dragon) as Dawn, Amy Landecker (Kipo and the Age of Wonderbeasts) as Ugga, Kiff VandenHeuvel (This Is Us) as Grug, Ally Dixon (The Interview) as Eep, AJ Locascio (Voltron Legendary Defender) as Thunk, Dee Bradley Baker (Kipo and the Age of Wonderbeasts) as Sandy, Artemis Pebdani (Big City Greens) as Gran, Darin Brooks (The Bold and the Beautiful) as Guy, Matthew Waterson (Tales of Arcadia) as Phil and Amy Rosoff (Scandal, Criminal Minds) as Hope.

The Croods: Family Tree is the latest entry in a franchise that began with the Oscar-nominated, $587.2 million-grossing 2013 DreamWorks Animation feature The Croods, directed by Kirk DeMicco and Chris Sanders. This pic spawned the 2D-animated Netflix series Dawn of the Croods, developed by Brendan Hay, which ran for four seasons from 2015-2017. The 2020 big screen sequel The Croods: A New Age, directed by Joel Crawford, has totted up $215.9M in worldwide box office since its November 2020 release in spite of COVID-19, and topped PVOD rental lists on FandangoNow, Apple TV and Google Play. 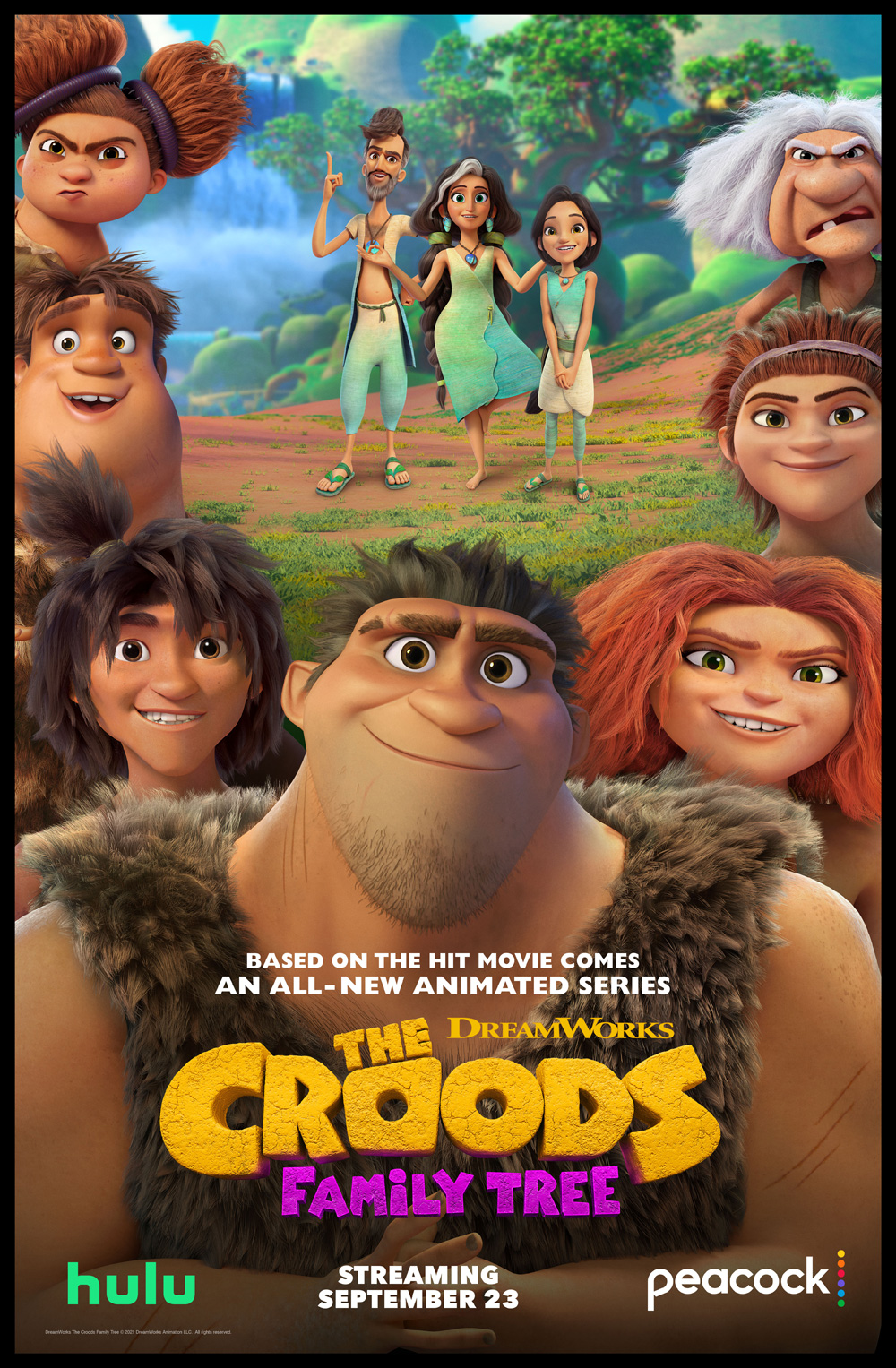 DC FanDome Returns with Virtual Events for Fans of All Ages in October
Exclusive Clip: The Special Lessons of ‘The Boss Baby: Family Business’