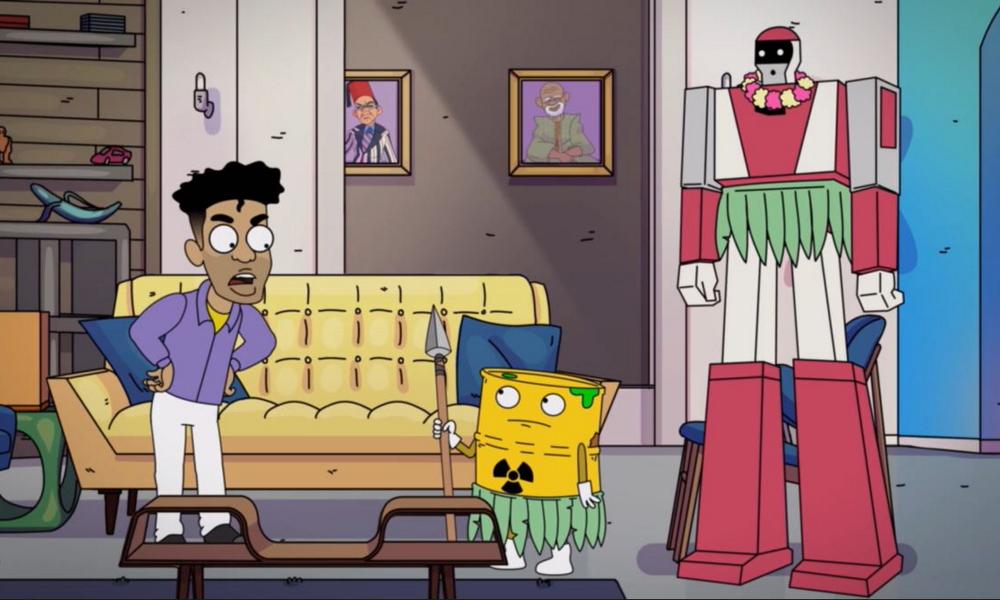 From the producers of The Boondocks and Black Dynamite, Carl Jones and Brian Ash, Sugar and Toys offers a wild new take on the colorful cartoons we all grew up with – but a whole lot less innocent.

Featuring multi-platinum rapper and actor Kyle (The After Party), who returns to the series as an animated version of himself, Sugar and Toys is where adult comedy, social commentary and music culture parody crash the cartoon party. The series speaks directly to the trends and issues most relevant to a young audience.

In the season two premiere episode, Kyle becomes possessed by an attention-hungry demon. On the TV: 100 percent that flutist goes on a positivity rampage, Obama sits out 2020 on Mars, and kids reenact historical figures based on information they found on the internet.

Read more about the making of S2 in Ramin Zahed’s interview with Jones and Ash here and check out the promo below.

You may also like...
Related Topics:Black Dynamite, Brian Ash, Carl Jones, featured, Sugar and Toys, The After Party, The Boondocks
Geographic Region:North America