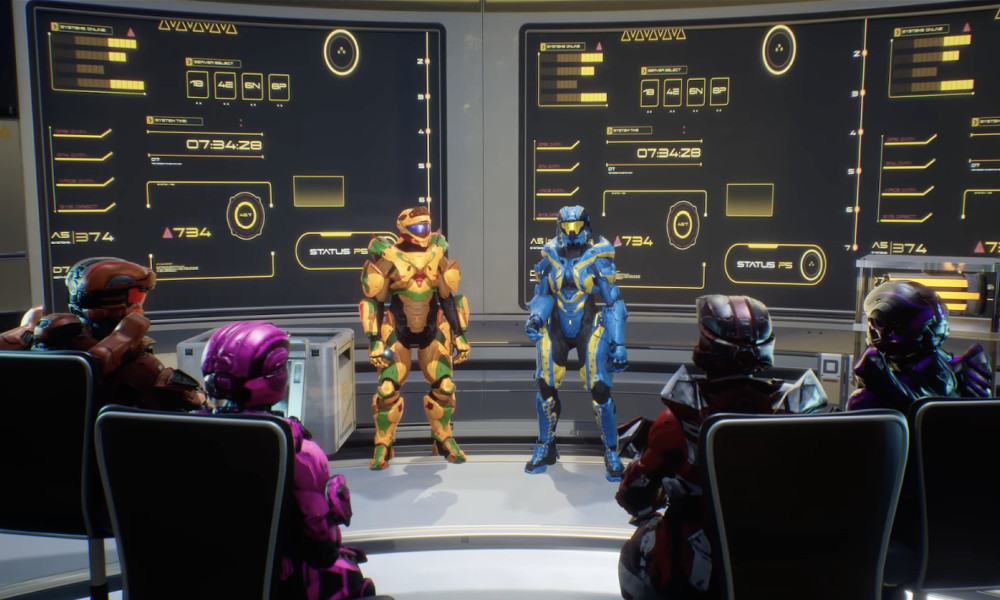 The pioneering webtoon Red vs. Blue is expanding its “Red vs. Blu-niverse” with 10 quick, non-canonical peeks into the zany everyday happenings in the special ops HQ: Family Shatters. The bonus miniseries premieres for Rooster Teeth FIRST Members on October 20, available the next day on Rooster Teeth and YouTube. New shorts will bow on subsequent Wednesdays.

Inspired by the FPS franchise Halo, Red vs. Blue is a sci-fi comedy web series created by Rooster Teeth co-founder Burnie Burns in 2003. Rooster Teeth is currently in production on the show’s 19th season.