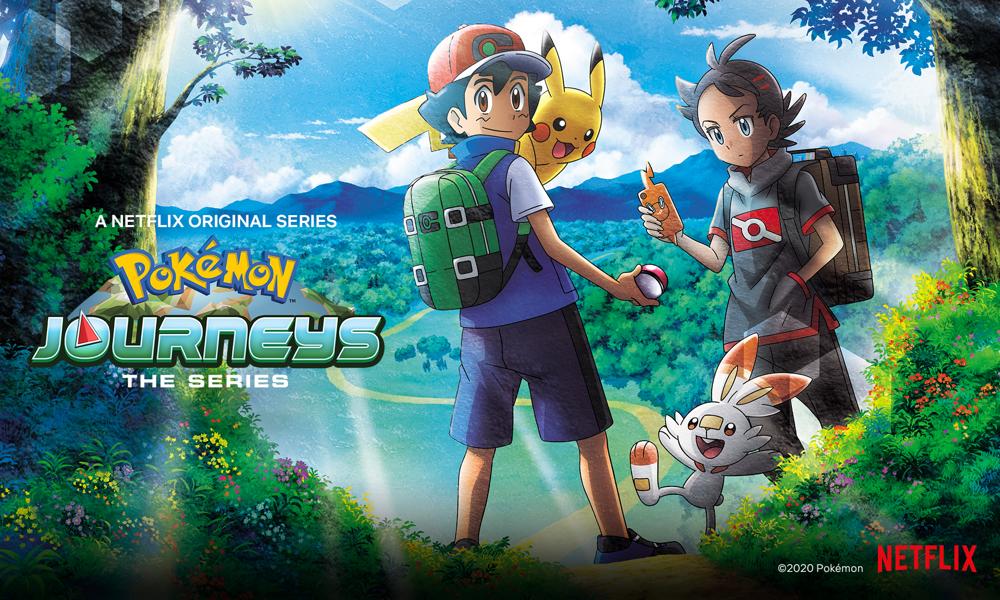 Netflix and The Pokémon Company International announced that upcoming seasons of the iconic Pokémon animated series will premiere exclusively on Netflix in the U.S. The partnership kicks off with the launch of the first 12 episodes of the new 23rd season of the series on June 12. Additional new episodes of Pokémon Journeys: The Series will be added quarterly on Netflix for the duration of the season.

“With their tremendous reach and ability for fans to enjoy content anytime and anywhere, Netflix is the ideal partner to premiere new episodes of the beloved animated Pokémon series in the U.S.,” said Emily Arons, senior vice president of international business at The Pokémon Company International. “We can’t wait for Pokémon fans of all ages to continue discovering the spirit of adventure and friendship in Pokémon Journeys: The Series, our newest season coming to Netflix this June.”

In celebration of this announcement, The Pokémon Company International and Netflix also unveiled the first international trailer and details for Pokémon Journeys: The Series today. Fans can look forward to an all-new narrative following Ash and his partner Pikachu as they embark on adventures across multiple regions in the Pokémon world, meeting new characters and discovering more Pokémon along the way.

Synopsis: Pokémon Trainer Ash Ketchum has a new plan: see the world! But first, he and his partner Pikachu are headed to the opening of the Cerise Laboratory, a research facility dedicated to uncovering the mysteries of Pokémon in every region. Ash meets Goh, another boy with boundless curiosity about Pokémon, and both are overjoyed when Professor Cerise asks them to become official research fellows. With Ash as determined as ever to become a Pokémon Master, and Goh aiming to catch one of every Pokémon (including the Mythical Mew), our heroes are in for adventure and excitement as they explore the wide world of Pokémon!

Pokémon Journeys: The Series will also feature a new theme song written and performed by the band Walk off the Earth, which you can hear part of in the new trailer.

Prior to June 12, fans can enjoy a wide selection of past Pokémon seasons already on Netflix as well as the most recent animated Pokémon movie, Pokémon: Mewtwo Strikes Back—Evolution, which debuted globally on Netflix this past February.