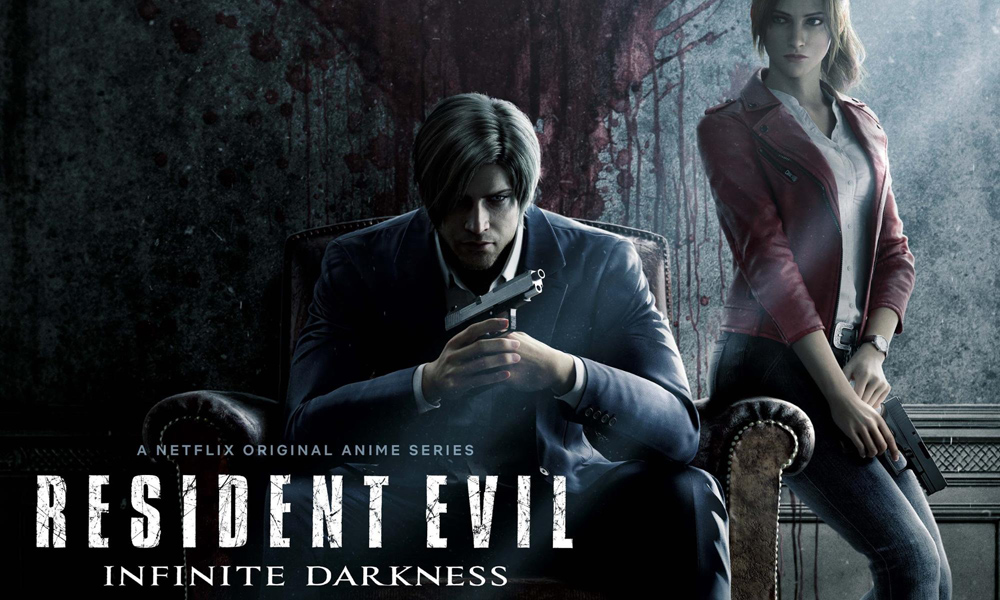 In addition to the recently announced live-action series, global streaming leader Netflix announced at Tokyo Game Show this weekend that it is bringing Kennedy and Redfield into its original anime old with a CG horror-action series titled Resident Evil: Infinite Darkness. Based on the smash hit Capcom games first launched nearly 25 years ago, the show will bring new thrills to subscribers worldwide in 2021.

With over 100 million units from the game series sold worldwide and even more advanced tech available to build on the success of 2017’s CGI feature Resident Evil: Vendetta, Netflix says it is planning an unprecedented full 3D CG experience for fans of the survival horror franchise.

Infinite Darkness will be produced and supervised by Capcom’s Hiroyuki Kobayashi, who is responsible for bringing numerous titles in the Resident Evil series into existence. TMS Entertainment (Lupin the 3rd, Anpanman, Detective Conan) will produce the series, while Quebico, led by Kei Miyamoto, the producer of Vendetta, will be in charge of the full 3DCG animation production.

This will be a horror-action series based around the stories of the two popular characters, Leon S. Kennedy and Claire Redfield. By adding suspense into dynamic action scenes, this series will reveal a Resident Evil world unlike anything seen before.

In the newly unveiled teaser art, we see Leon and Claire against the backdrop of a blood-splattered wall, silently waiting to take on a new threat after cheating death time and time again. The debut teaser trailer showcases ultra-realistic animation which draws the tension taut as we see Claire enter an abandoned building enveloped by the dark night and happens to find “something” while Leon saves “someone” in the darkness… (Headphones recommended for extra terror.)

News of the show was leaked by Netflix Portugal ahead of the official announcement in a since-deleted Tweet, but fancast Biohazard snagged some purported concept artwork from Twitter user @leonluo. It’s unclear if it’s official imagery or fan art, but it’s definitely creepy.

The first Resident Evil game was released on Sony PlayStation in 1996. Skillfully recreating the fear of trying to find weapons and items amidst a hopeless situation in order to survive, this famous series gave rise to the entirely new gaming genre of “survival horror.” The series has spawned over 140 different titles on consoles, phone apps, and more to become one of Capcom’s most popular brands, with a huge fanbase around the world.