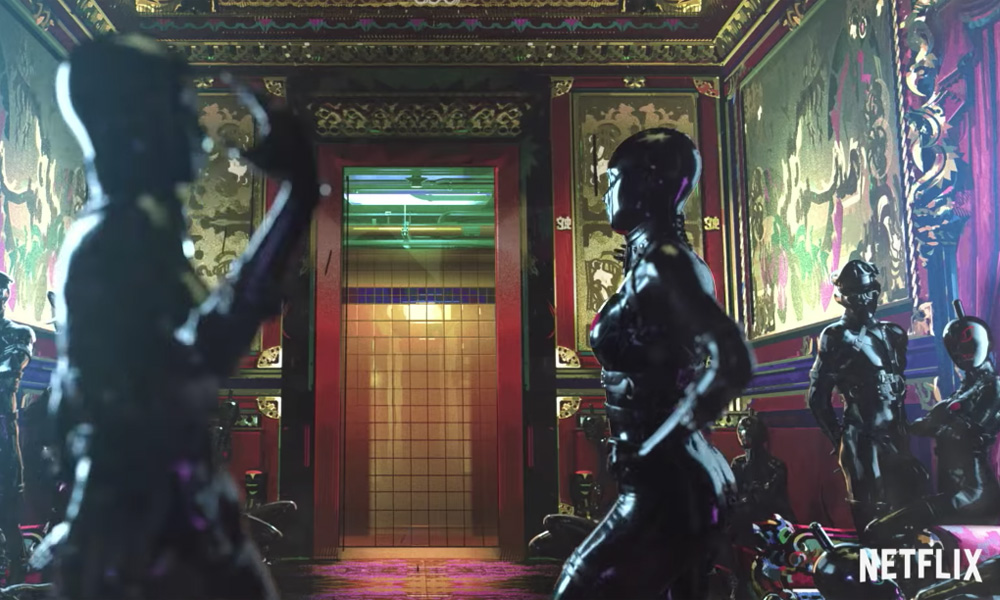 Netflix has dropped the “NSFW Trailer” for its first ever animated adult anthology series: Love Death and Robots. The 18-part collection of shorts from Tim Miller (Deadpool, upcoming Terminator sequel) and David Fincher (Mindhunter, Gone Girl, House of Cards) premieres exclusively on the streamer on March 15.

Covering a variety of adult topics — including racism, government, war, free will and human nature — the anthology spans the science fiction, fantasy, horror and comedy genres, and each short has a unique animation style: from traditional 2D to photo-real 3D CGI. The creators were assembled for a global calling for best-in-class animators from all over the world, including artists from France, Korea, Hungary, Canada and the U.S. Love Death and Robots draws inspiration from the eclectic and provocative comic-book material from the 1970s that influenced both Miller’s and Fincher’s formative interests in storytelling.