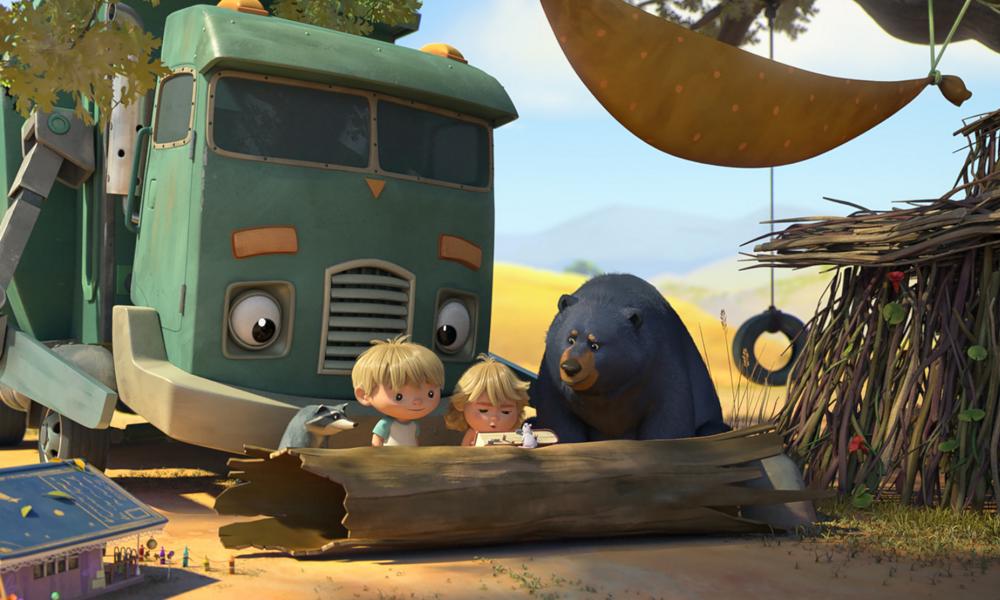 Netflix has found a new preschool treasure in Trash Truck, an original CG-animated adventure from debut creator/showrunner Max Keane. The official trailer, debuted today, introduces little tow-headed Hank and his best friend, a trash truck … named Trash Truck! Joined by little Olive, even littler mouse Miss Mona, Donny the raccoon and Walter the bear, Hank and Trash Truck explore the world around them and embark on colorful flights of fancy.

Trash Truck is an animated series from Max Keane (production designer for the Academy Award-winning short Dear Basketball). The series follows Hank, a free-range, dirt-covered, six-year-old boy with a big imagination and an even bigger best pal… a giant honking, snorting trash truck. From learning to fly to going to the dentist, there is no adventure too big or too small for these two best friends.