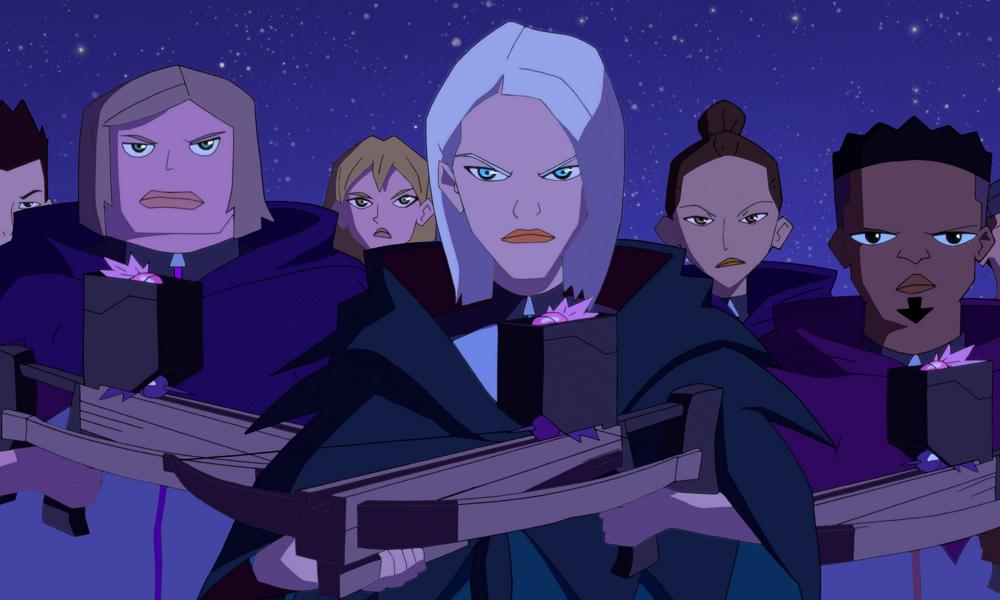 Viewers will return to Las Vistas for the final showdown between the Brunch Bunch and Dr. Emilia in the third and final season of DreamWorks’ Kipo and the Age of Wonderbeasts. Ten new action-packed episodes launch exclusively on Netflix on October 12.

After dethroning Scarlemagne, Kipo and the Brunch Bunch face a more daunting foe: Dr. Emilia, who plots to eliminate mutekind to make the surface “safe” for humans. But Kipo has an optimistic vision of a world where mutes and humans get along with each other. To achieve that dream, she must lean on her friends and rise to a role she may not be ready for.

The cast features Karen Fukuhara (She-Ra and the Princesses of Power) as the enthusiastic and curious “Kipo;” Sydney Mikayla (School of Rock) as “Wolf,” a weapon-wielding survivor who knows the ins and outs of the surface; Coy Stewart (Agents of S.H.I.E.L.D.) as the happy-go-lucky “Benson;” Deon Cole (black-ish) as “Dave,” a talking insect who has the jarring ability to suddenly age a full life cycle without warning; and Dee Bradley Baker (Star Wars: The Clone Wars) as the adorable mutant pig “Mandu”. Sterling K. Brown (This Is Us) returns as Kipo’s father “Lio Oak;” Dan Stevens (Downton Abbey) as the power-hungry “Scarlemagne;” Jake Green (The Boss Baby: Back in Business) as mod frog “Jamack;” and Amy Landecker (Transparent) returns as the vengeful “Dr. Emilia.”

You may also like...
Related Topics:DreamWorks, featured, Kipo and the Age of Wonderbeasts, Netflix
Geographic Region:North America