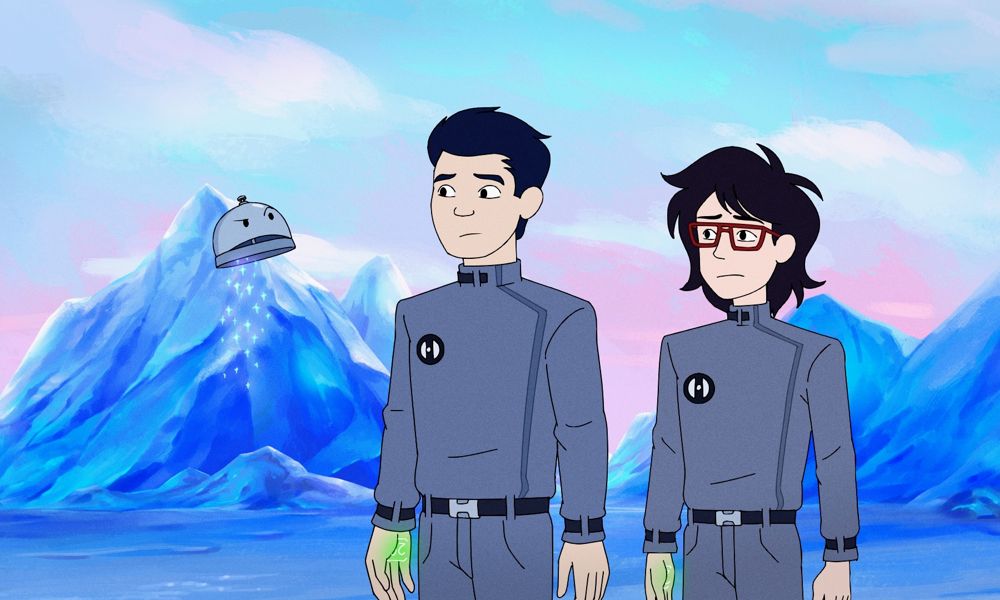 Two best friends find their rock star dreams derailed by an accidental, extra-trippy trip in Infinity Train: Book Four. The Annie Award-nominated series comes to an epic conclusion in this final season, which kicks off April 15 on HBO Max.

In Book Four, Ryan and Min-Gi are forced to put their music aspirations on hold as they board the train at the same time and receive the exact same number. Exploring the train’s inner puzzles in order to solve its mysteries and return home, the two old friends also find their relationship put to the test.