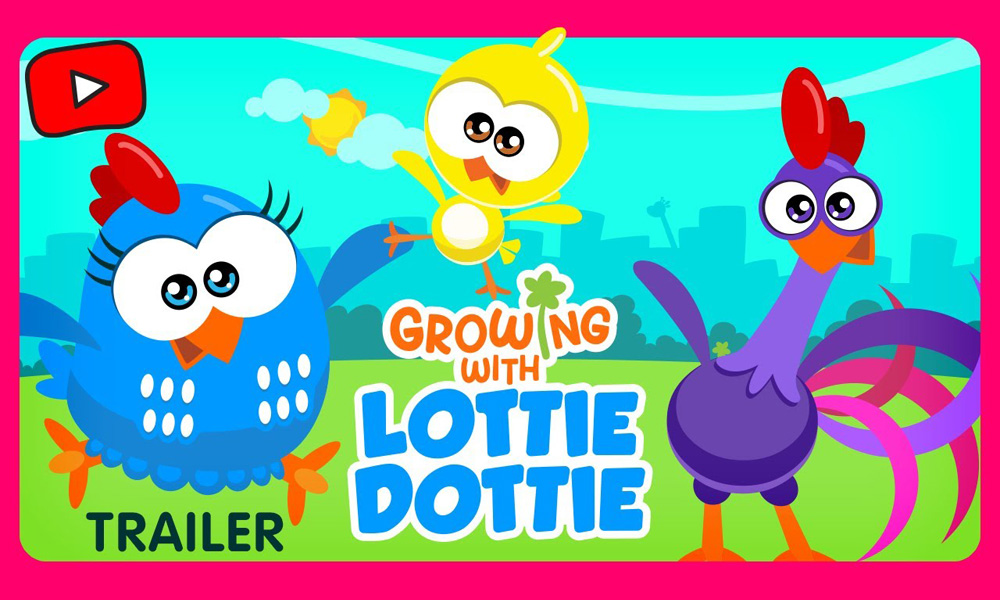 Growing with Lottie Dottie follows the beloved chicken and her colorful collection of friends, while they navigate life lessons, learn fun activities, and enjoy beloved kids’ songs together. With the guidance of early childhood education consultants, the series learning goals were developed to bring the best in content, stories and positive behaviors to children.

The series is produced by Bromella Productions. Nadine Zylstra is head of the YouTube Originals Learning, Impact and Kids & Families team.

Growing with Lottie Dottie launches Saturday at 6 a.m. PST / 9 a.m. EST with 13 episodes. Leading up to the premiere, clips from the show will roll out on Lottie Dottie Mini all week.

Galinha Pintadinha is the largest children’s animation channel in Brazil, with more than 27 million subscribers and 33 million views, which places it in the list of the 10 largest national channels on the platform. In addition, it has two videos among the 10 most viewed in the history of YouTube in Brazil: Upa Cavalinho, with 1.8 billion views; and Dona Aranha, with 1.2 billion.

Outside Brazil, Galinha Pintadinha has a captive foreign audience. Two of the biggest international audiences are Mexico, where the channel is known as Gallina Pintadita, and the United States, where youngsters can tune in to Lottie Dottie Chicken for musical content and nursery rhymes and Lottie Dottie Chicken Mini for children stories.

Growing with Lottie Dottie is the latest series from an expanding roster of YouTube Originals focused on kids and family, including the award-winning Lockdown and recent hits such as Kid Correspondent, Break the Record, Super Sema, Pinkfong Wonderstar, Sherwood, We Are Savvy, Hyperlinked, Fruit Ninja Frenzy Force, Kings of Atlantis and DanTDM Creates a Big Scene.

People on the Move: Exec Appointments at 9 Story, BBC, Konami, Nickelodeon, Pink Parrot, Toonz
Songbirds of a Feather: Team Behind ‘Do, Re & Mi’ Sings the Show’s Praises