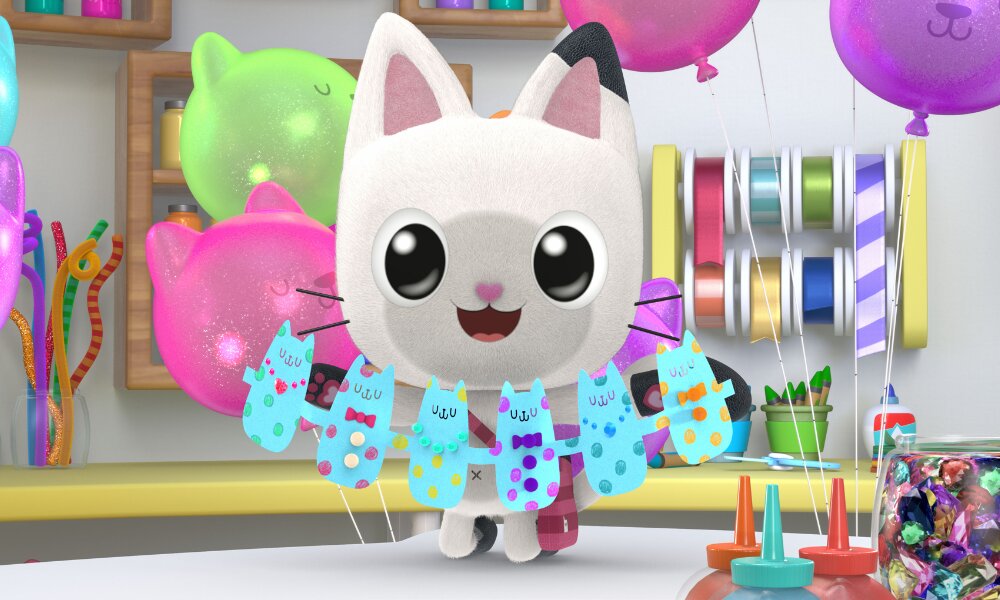 In celebration of the one year anniversary of DreamWorks Animation’s Gabby’s Dollhouse premiering on Netflix, the popular series returns for a fourth season on Netflix February 1. A new trailer previews the ameowzing magical adventures in store for Gabby and her feline friends in eight all-new episodes.

This season, something special is in the air at Gabby’s Dollhouse as Gabby, Pandy Paws and all the Gabby Cats celebrate the happiest cat day of the year, Purrsday! Complete with Box Cat Family crafts, kitty dress-up with Mercat, a steller safari adventure and a performance from feline pop star sensation Fluffy Flufferton, there are so many things to celebrate! A special visit from a tin full of Cakey Cat’s cousins is the icing on the kitty-cupcake. Get tiny with Gabby for hug attacks, cat-tastic adventures, and some whoopsies along the way!

Created and executive produced by Traci Paige Johnson (Blue’s Clues, Daniel Tiger’s Neighborhood) and Jennifer Twomey (Blue’s Clues, Team Umizoomi), Gabby’s Dollhouse is a mixed-media series that unboxes a surprise before jumping into a fantastical animated world full of adorable cat characters that live inside Gabby’s dollhouse, where any adventure can unfold.

At the heart of Gabby’s Dollhouse lie important messages that instill a growth mindset. Gabby’s adventures celebrate making mistakes and finding creative ways to learn from them. Some of Gabby’s kitty friends may not be as flexible when their adventures become challenging, but Gabby is never afraid to, in her words, “fail fantastically” and make something beautiful out of a tough situation. Her positive attitude and resilience helps everyone see the best in any situation. 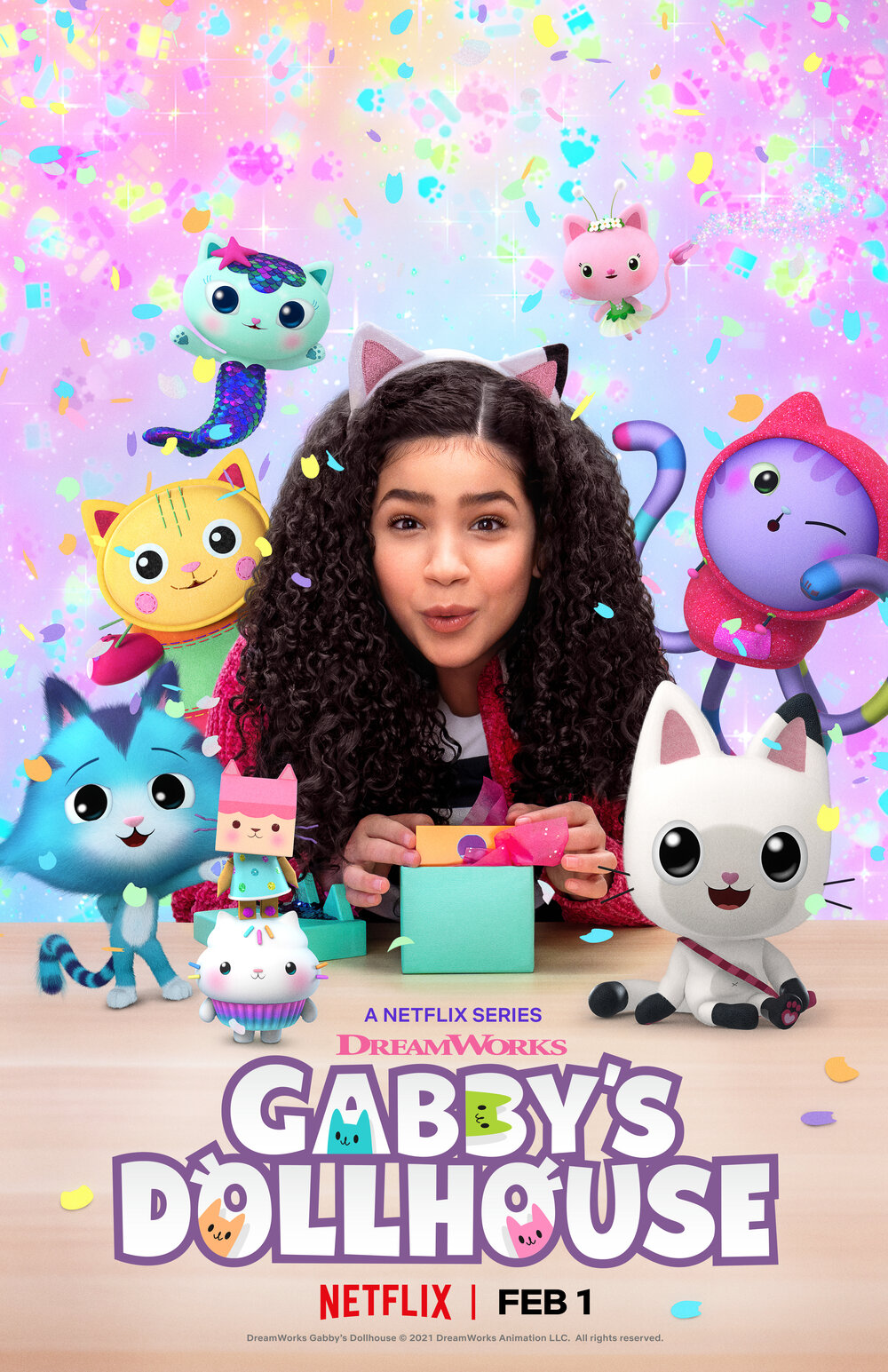