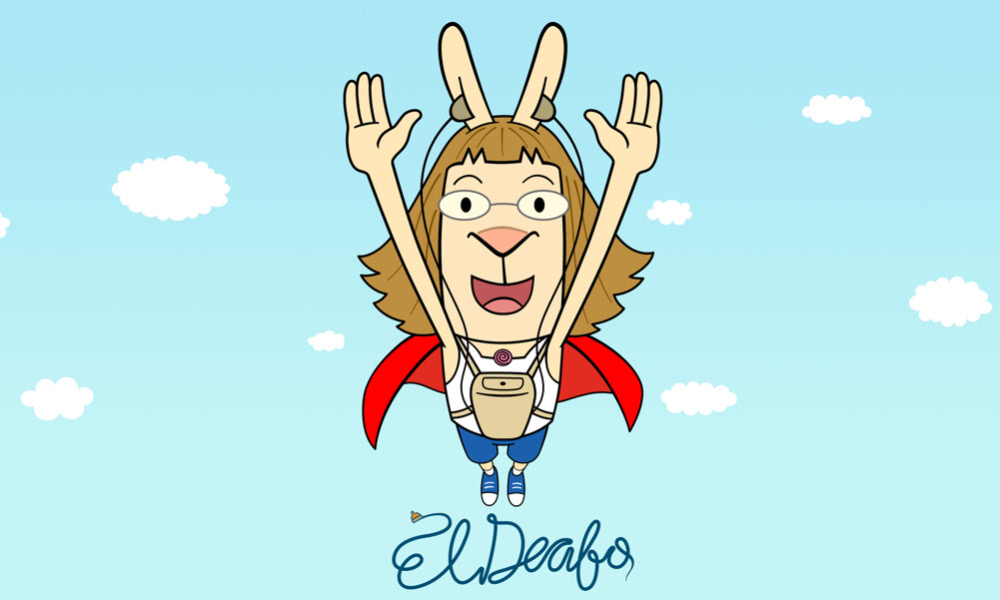 El Deafo, a charming and poignant three-part animated series for kids and families, is ready to bring a soaring take on adapting to life with sensory loss to streaming. Based on the No. 1 New York Times best-seller and Newbery Medal-winning graphic memoir by Cece Bell, all episodes of El Deafo will premiere Friday, January 7, 2022 on Apple TV+.

The first trailer for the series, starring the voice talents of newcomer Lexi Finigan, Pamela Adlon (Better Things, Bob’s Burgers), Jane Lynch (Glee, Harriet the Spy) and Chuck Nice (Star Talk), is available now, and features an original song by indie artist Waxahatchee, entitled “Tomorrow.” The song is available to stream now and will be included in the series soundtrack, also releasing Jan. 7

El Deafo follows perceptive young Cece (voiced by Finigan) as she loses her hearing and finds her inner superhero. Going to school and making new friends can be tough. Having to do both while wearing a bulky hearing aid on your chest? That takes superpowers! With a little help from her superhero alter ego El Deafo, Cece learns to embrace what makes her extraordinary.

The Apple Original series is executive produced and written by Will McRobb (The Adventures of Pete & Pete, Harriet the Spy). Author Cece Bell executive produces and narrates the series. El Deafo is co-executive produced by Claire Finn for Lighthouse Studios and directed by Gilly Fogg (Bob the Builder), with Mike Andrews as composer and featuring original music by Katie Crutchfield of Waxahatchee.

El Deafo joins an award-winning lineup of original animated films and series for kids and families, including Wolfboy and the Everything Factory from Joseph Gordon-Levitt, HITRECORD and Bento Box Ent.; Oscar-nominated animated film Wolfwalkers; new series from Peanuts and WildBrain including The Snoopy Show; Here We Are: Notes for Living on Planet Earth, the Daytime Emmy-winning television event based on the NYT best-selling book and TIME Best Book of the Year by Oliver Jeffers; and upcoming series Harriet the Spy from The Jim Henson Company.

To date, Apple has inked overall deals with some of today’s most trusted franchises in kids and family programming, including Sesame Workshop and WildBrain (Peanuts); as well as a multi-year partnership with Skydance Animation to deliver groundbreaking, premium animated films and first-ever theatrical-quality animated television series to kids and families.

Watch: Emmy-Winning ‘Ted Lasso’ Gets Animated for the Holidays
Otto’s on the Way in New ‘Minions: The Rise of Gru’ Teaser