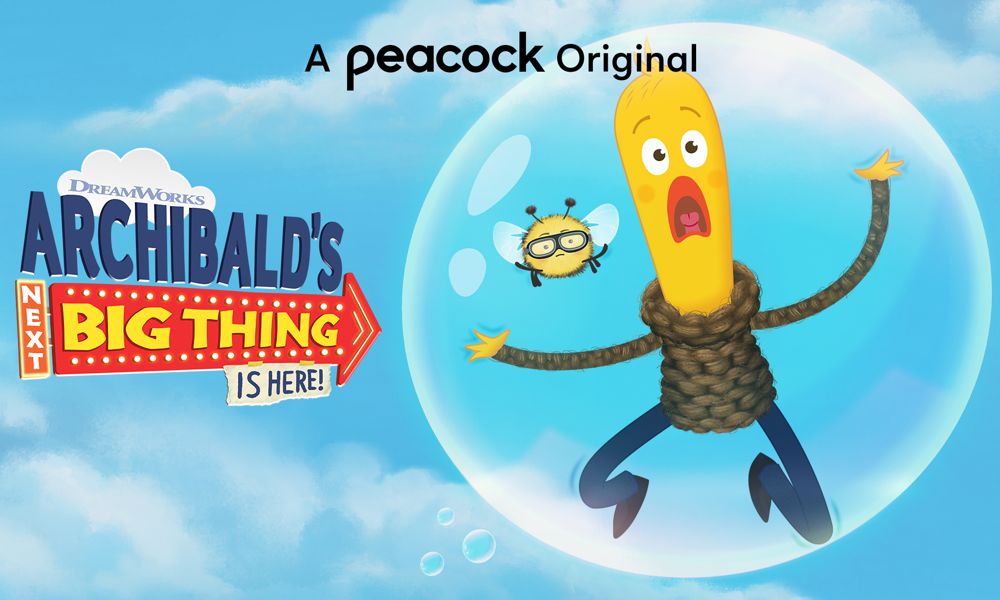 Archibald's Next Big Thing Is Here!

Tag along on season two of Archibald’s Next Big Thing Is Here! as Archibald embraces one misadventure after another. Whether he’s trying to create the ultimate Strutter family photo, eluding an overzealous librarian after an overdue book or accidentally crashing Finly’s band’s performance, Archibald always finds a way to celebrate life’s little moments to the fullest.

Season 2 of the Peacock Original series inspired by the acclaimed children’s book from Tony Hale, Tony Baiggne, Victor Huckabee and Misty Manley premieres on the platform with all six episodes on Thursday, April 22.

DreamWorks Archibald’s Next Big Thing Is Here! is the next chapter for Archibald Strutter, a chicken who “yes-ands” his way through life. While his adventures don’t always go as planned, Archibald takes it one step at a time with the help of his three siblings, Sage, Finly and Loy, and his trusty sidekick, Bea.