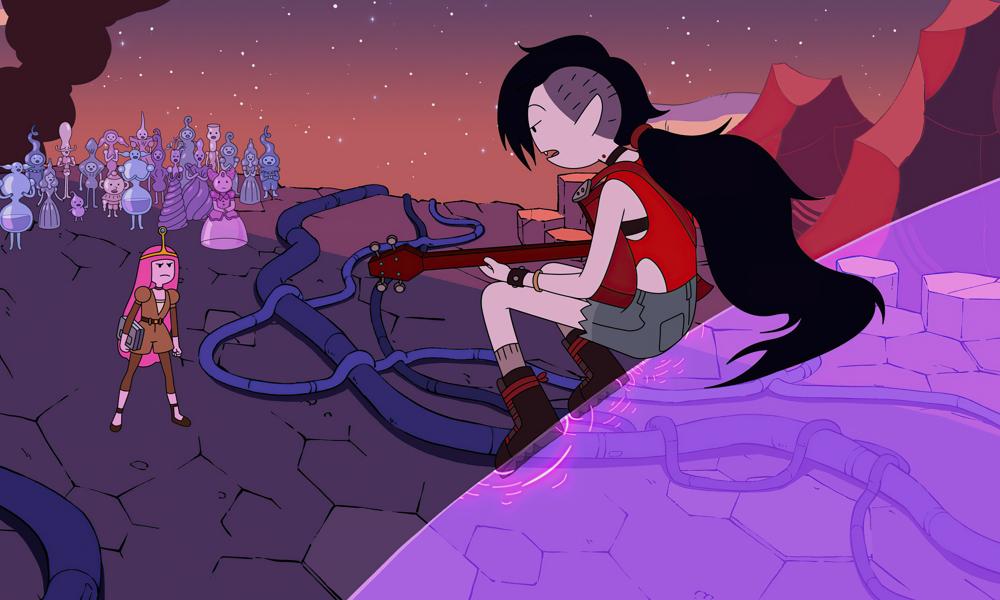 Return to the land of Ooo and beyond in the second installment of Adventure Time: Distant Lands, premiering Thursday, November 19. Based on the Emmy-winning animated series Adventure Time created by Pendleton Ward and executive produced by Adam Muto, the four Distant Lands specials explore the unseen corners of the world with characters both familiar and brand new.

In the second special, Obsidian, when a powerful and dangerous dragon breaks free from its prison beneath the Glass Kingdom, Glassboy — a young bookworm — sets out to find the legendary hero who first defeated the dragon centuries ago: Marceline the Vampire Queen. Marcy, now living in domestic bliss with Princess Bubblegum, is apprehensive about revisiting the Glass Kingdom. It’s a place that holds bad memories for her and Bubblegum. With the help of Glassboy and some new friends, Marceline and Princess Bubblegum will have to confront their rocky past as they face off against an ancient foe.