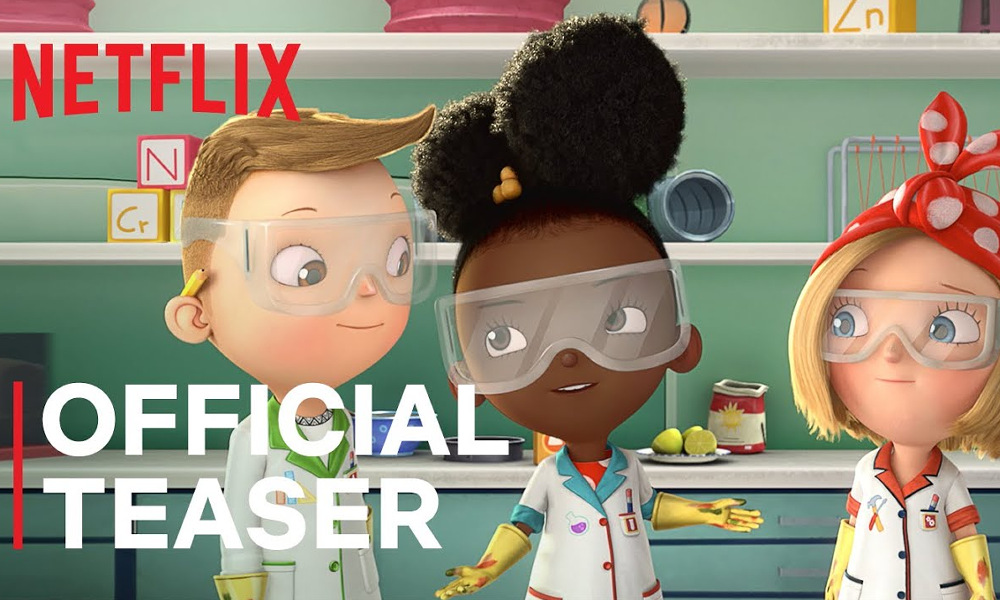 Netflix has released the official teaser for Ada Twist, Scientist — one of the new series developed for the platform by Emmy, Peabody and Humanitas Prize-winning producer Chris Nee (Doc McStuffins, Vampirina) debuting this year. The exciting experiments of the young scientist and her friends will launch September 28 with six ~26 min. episodes.

Based on the best-selling picture book series, Ada Twist, Scientist is a CG-animated series that follows the adventures of eight-year-old Ada Twist, a pint-sized scientist with a giant-sized curiosity, who aspires to discover the truth about absolutely everything. With the help of her two best friends, Rosie Revere and Iggy Peck, Ada unravels and solves mysteries for her friends and family. But solving the mystery is only the beginning, because science isn’t just about learning how and why and what… it’s about putting that knowledge into action to make the world a better place.