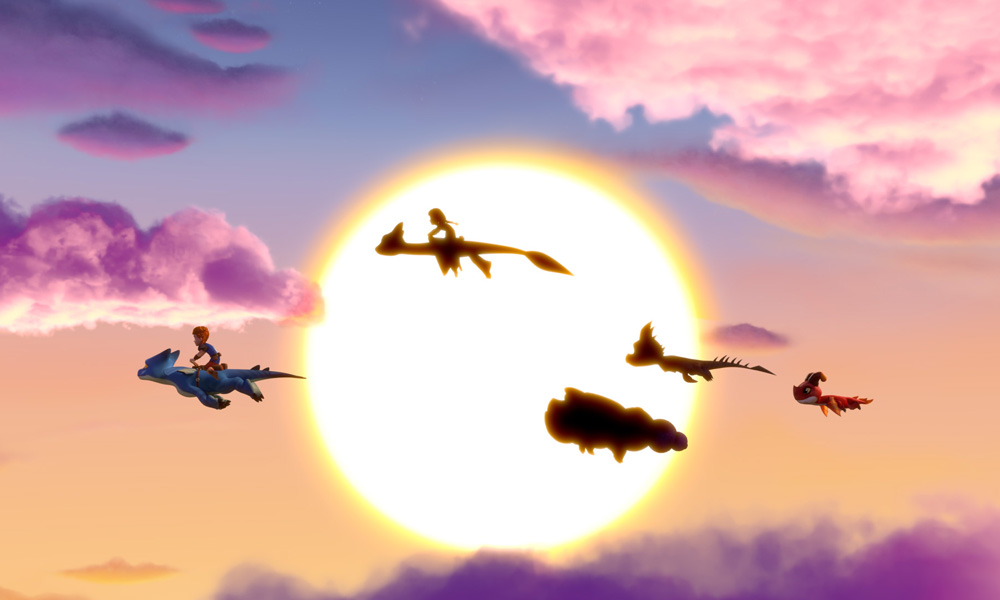 DreamWorks Animation unveiled the high-flying trailer and cast of its new preschool series Dragons Rescue Riders. This all-new chapter for young fans set in the world of DreamWorks Dragons follows the adventures of twins, Dak and Leyla, who were raised by dragons and share a unique ability to communicate with them. The brother and sister lead a team of five adorable young dragons — Winger, Summer, Cutter and Burple — with whom they spend their days rescuing other dragons, and helping the people in their adopted town of Huttsgalor.

All 14 half-hour episodes from the debut season of DreamWorks Dragons Rescue Riders will take off on Netflix on September 27.

DreamWorks Dragons Rescue Riders features the voice talents of Nicolas Cantu (The Amazing World of Gumball, Sofia The First) as “Dak,” who is in charge of training the Rescue Riders, and Brennley Brown (The Voice, Sofia The First) as “Leyla,” who is a whiz on all things dragons. Voicing the young dragons are Marsai Martin (Little, Black-ish) as “Aggro,” Zach Callison (Steven Universe, The Goldbergs) as “Winger,” Skai Jackson (Jessie, Bunk’d) as “Summer, ” Noah Bentley (Adam Ruins Everything) as “Burple,” and Andre Robinson (Dragons: Race to the Edge, Niko and the Sword of Light) as “Cutter.”