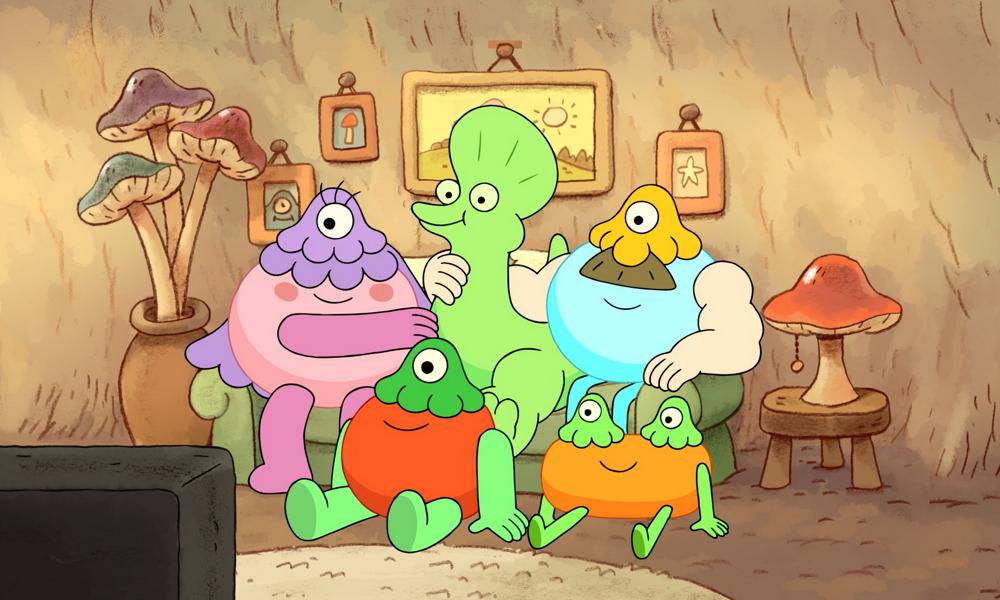 When Stephen Neary was a kid growing up in Ft. Wayne, Indiana, he didn’t know that working in animation was a realistic goal. He loved cartoons, drew a lot and made little stop-motion movies in iMovie. After high school, he started taking animation classes at New York University, and that’s when he fell in love with the medium all over again. “Every time I watched a storyboard pitch from a movie’s DVD extras, I thought that would be my dream job!” he says.

This week, the talented creative sees the launch of his own 2D-animated show on HBO Max. The colorful, imaginative series is called The Fungies! and is set on a mycological metropolis of Fungietown and follows the many quests of Seth, one of the town’s young mushroom inhabitants who loves scientific adventures. The idea for the show came to Neary as he was reading about prototaxites – ancient fungi that grew on our planet about 400 million years ago.

“I had never even heard of them,” he tells Animation Magazine. “Thinking about the world in its ‘youth’ made me think about being a kid, and what it’s like to gradually become more aware of your feelings as your world grows larger and larger. There’s so much wonder, but the emotions can be new and overwhelming. I wanted to explore these ideas in a show that had a sincere tone but was still weird and funny, like how I remember ’90s cartoons from my childhood.” 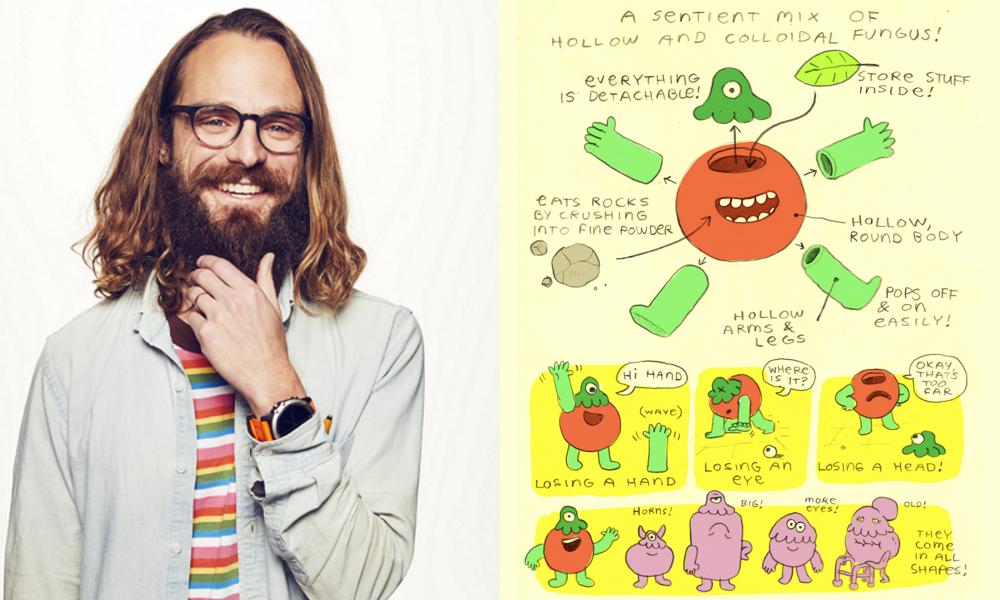 Series creator Stephen P. Neary and his anatomy of a “Fungie”

Neary says that growing up, he loved all those fun “creature” shows — toons like The Smurfs, The Wuzzles, Noozles, Popples and Fraggle Rock. “I think of The Fungies! almost like we’re rebooting a cartoon that never existed in the first place. It all sounds a little nuts, but a prehistoric setting was the perfect setting for all the stories we found ourselves wanting to tell,” he notes.

“Fungies are weird little fungus people, but they love each other,” Neary explains. “The characters drive the story, so while they can pull apart their bodies to form a bicycle, we keep the show grounded in real emotions. We’ve got an amazing cast. Funny ad-libs and slice-of-life character moments are a big part of every episode.”

“Art-wise, we draw all the backgrounds in pencil and paint them digitally. It gives the cartoon a rich storybook quality I love.. It’s fun to see the line difference between the backgrounds and the digital characters and props. It’s like being a kid and knowing which door Scooby would open because you could tell it was painted on a cel and wasn’t part of the background. It has a special charm.” 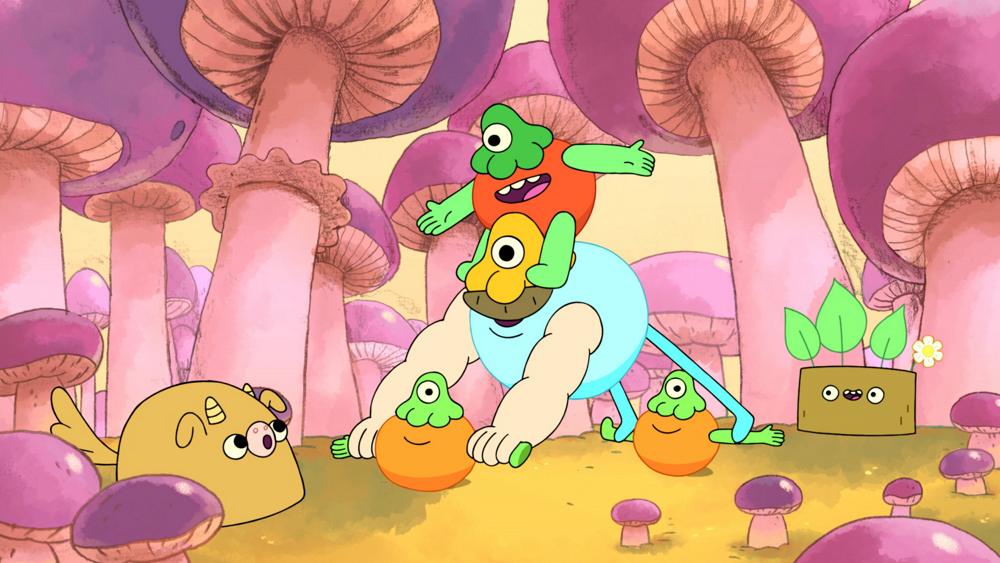 Neary, who turned 35 in August, looks back fondly at his early years in animation. He recalls the day his professor Rob Marianetti asked him he could help on some cartoons for Saturday Night Live’s TV Funhouse shorts. “I was so bad at drawing, but helped composite and scan animation,” he admits. “Fueled by coffee and Jamba Juice, we’d stay up all Friday night to finish the cartoon for broadcast the next night. The studio was off of Times Square and the city was alive at all hours. It was insane, but Rob and his studio partner, Dave Wachtenheim, were very pragmatic and calm about surfing the waves of chaos.”

After directing several award-winning shorts (Chicken Cowboy, Dr. Breakfast), Neary worked on various features as a story artist (including the two Rio pics, Epic, Ice Age: Dawn of the Dinosaurs, The Peanuts Movie and The Angry Birds Movie) and on Cartoon Network’s Clarence series as storyboard artist and supervising producer. He was also an animator on Wonder Pets and 3rd & Bird. 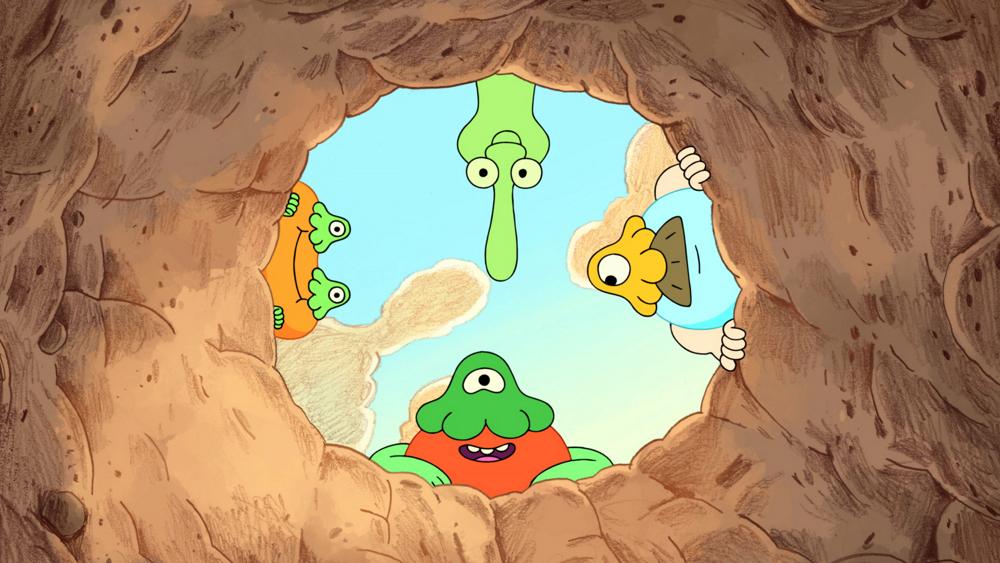 Won’t You Take Me to Fungietown

Neary says seeing his series go from the idea stage to final delivery has been a dream come true. “I work with so many talented artists, writers and production folks,” he says. “But if I’m awake, I’m probably thinking about the show on some level. I’m doing the dishes and bam, I remember we need to change something about Scene 141 in episode 26. I love distance running, and use that as an excuse to zone out and recharge!”

As for shows he didn’t create, he will watch anything with a solid tone and an immersive world. “I loved David the Gnome, it’s really soothing and sincere. Gumby was hypnotic. And Batman: The Animated Series was my after-school jam. I also love Fraggle Rock. Watching animation as a kid is a totally different experience, too. Everything felt so saturated and warm. Later, Cartoon Network shows like Dexter’s Lab and The Powerpuff Girls were a huge influence — subversive and weird while still checking off all the boxes for a kid’s cartoon!”

When asked about his animation idol, Neary quickly picks Genndy Tartakovksy. “Genndy has been making amazing things since I was a kid,” he offers. “Original shows, adaptations, movies, everything. Primal was incredible, and it’s cool to see industry veterans continue to push the envelope through their careers. It makes me excited to keep learning.” 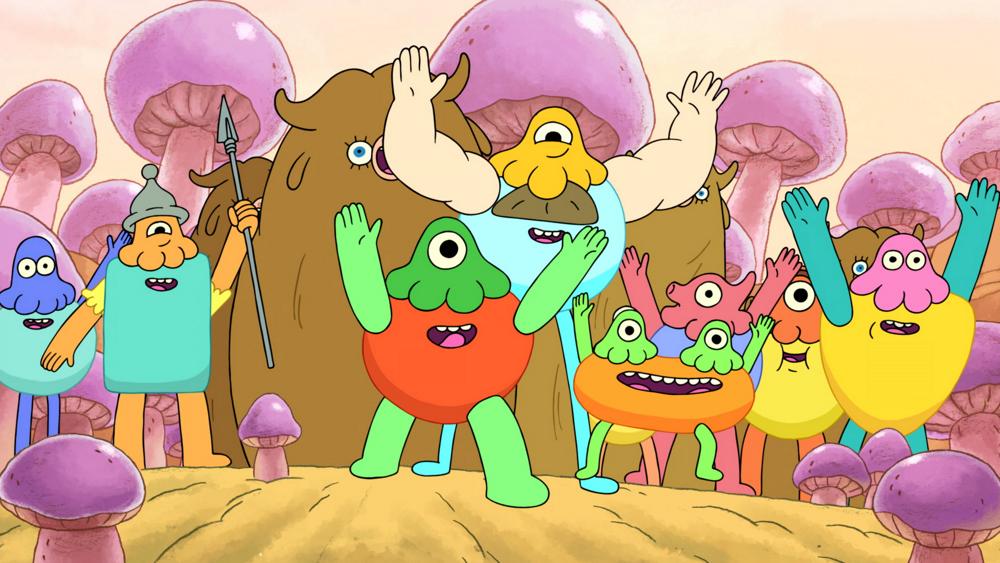 Neary says he had different ideas about the business when he was younger. “I remember telling a recruiter when I was 18 that I ‘wanted to be a director,’” he admits. “Very politely, they told me to never tell anyone that: ‘A big studio isn’t looking for an 18-year-old director!’ First, I’d need to be able to understand one part of the process inside and out. After that, I tried to focus more on storyboarding and storytelling aspect of animation. This seems obvious now, but at the time, I was extremely naïve!”

When it comes to bad pieces of advice, Neary says he gets confused every time he hears the direction “to just have fun” with an assignment! “Before I start, let’s make sure we have the same definition of ‘fun,’” he says.

Now that his little fungi friends are making their debut this summer, Neary is ready to watch his little world grow. “For now, our team is putting everything we’ve got into The Fungies! But I would love to make a movie at some point in my life,” he says when asked about his plans for the future. “Oh! And a graphic novel, too. I started making more personal comics last year for Instagram and that’s something I want to keep doing. There are so many interesting avenues for artists and animators to explore right now and I just want to make more stuff with my friends!” 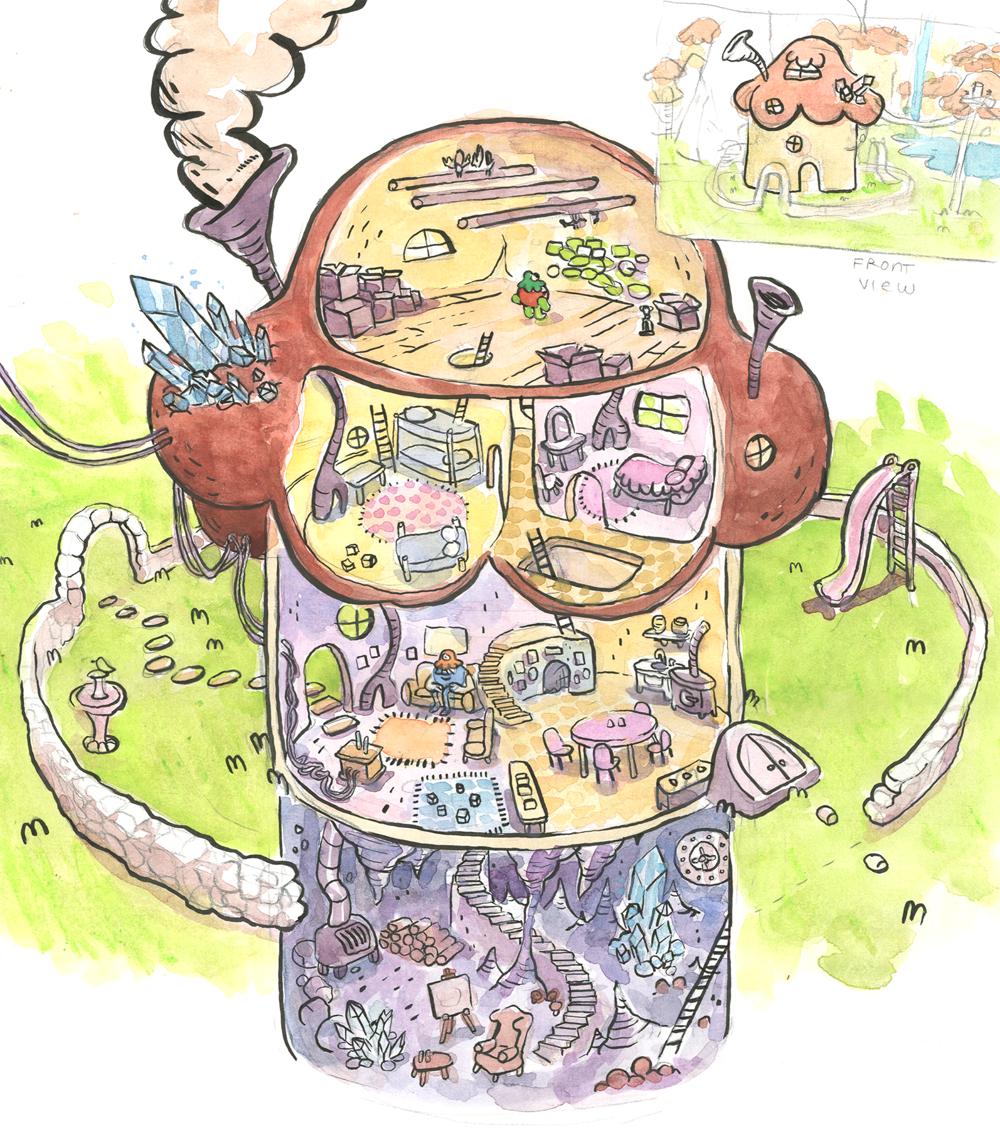