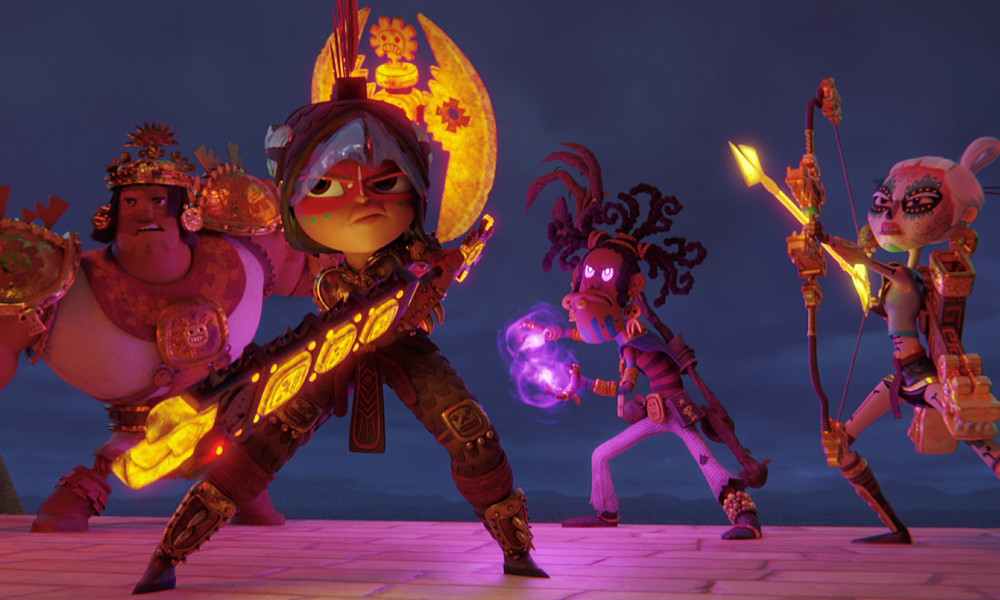 In a fantastical world, where magic turns the world and four kingdoms rule the lands, a brave and rebellious warrior princess named Maya (voiced by Zoe Saldaña) is about to celebrate her 15th birthday and coronation. But everything changes when the gods of the underworld arrive and announce that Maya’s life is forfeit to the God of War (Alfred Molina) — a price she must pay for her family’s secret past. If Maya refuses, the whole world will suffer the gods’ vengeance. To save her beloved family, her friends, and her own life, Maya embarks on a thrilling quest to fulfill an ancient prophecy that foretells the coming of three great warriors who will help her defeat the gods and save humankind.

Maya and the Three features an original score composed by the duo of Oscar- and Grammy-winning composer Gustavo Santaolalla and Grammy-nominated composer Tim Davies. The cinematic score will be available on October 22 from Milan Records.

The series is co-executive produced by Silvia Olivas and head of story Jeff Ranjo, produced by Tim Yoon and line produced by Lilly Sechrist. Consulting producers are Candie Kelty Langdale and Doug Langdale, who also serve as writers alongside Gutiérrez and Olivas. 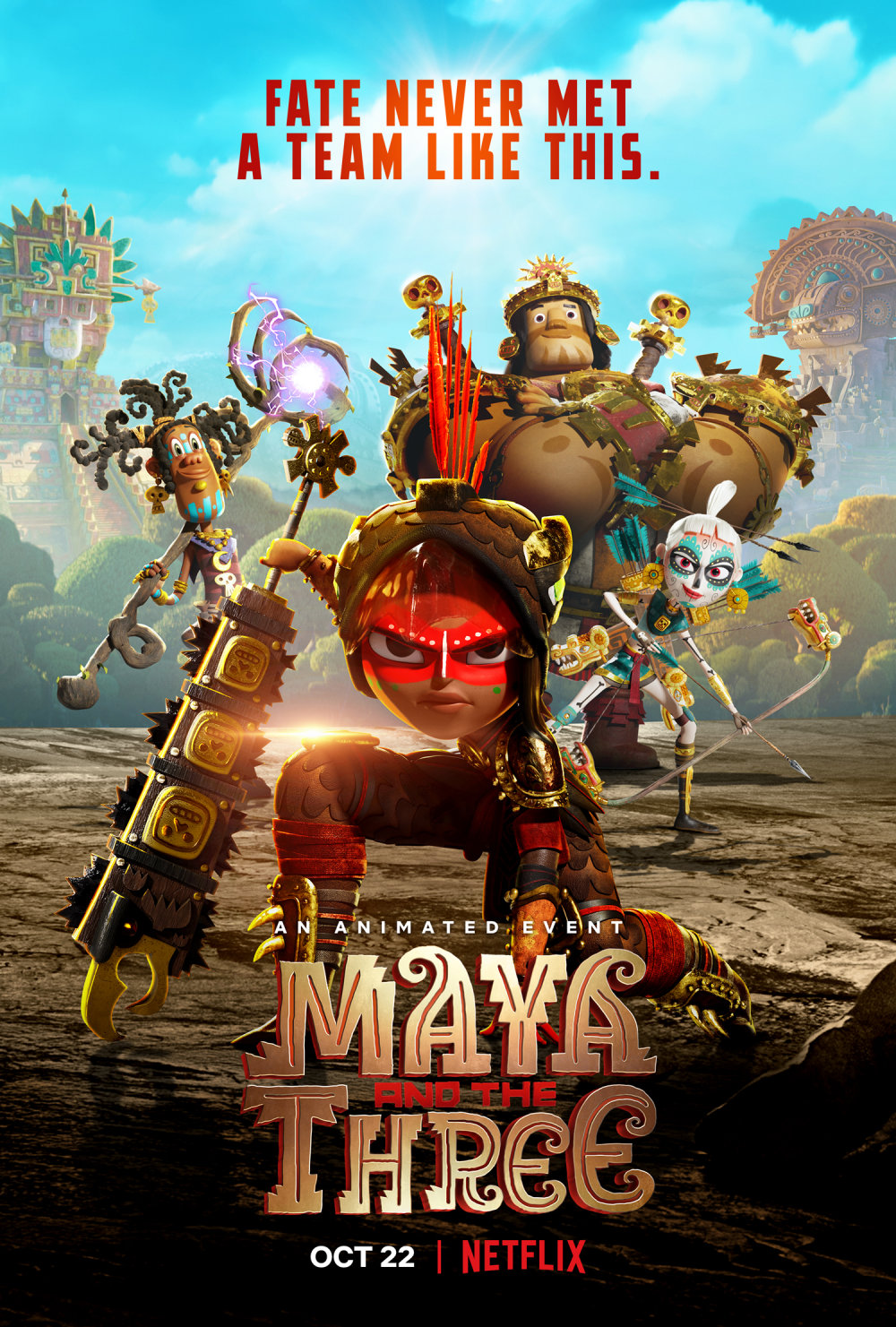 Maya and the Three poster