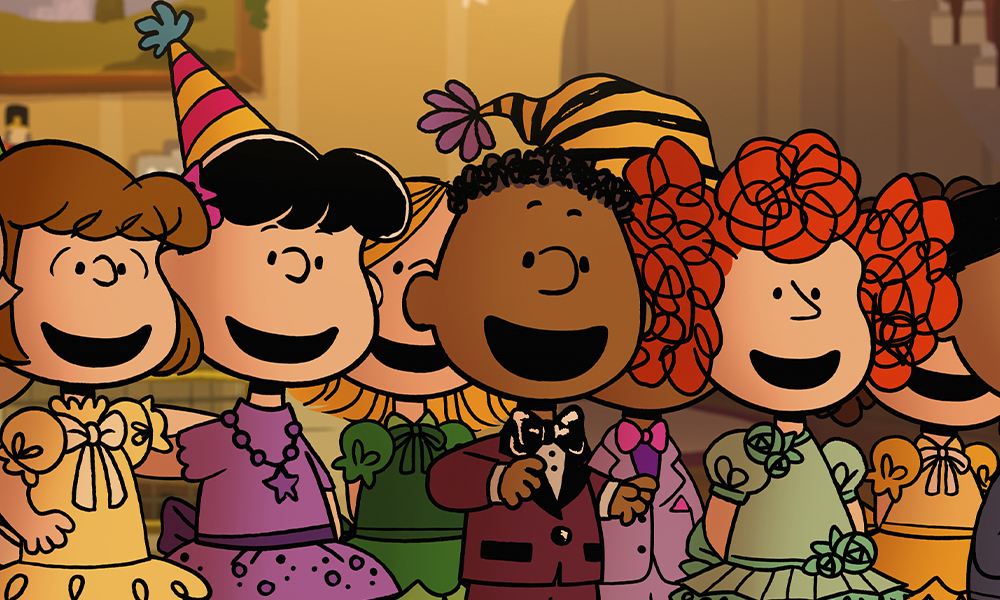 Just when you think you have seen the Peanuts characters celebrate every possible holiday, a new animated special comes along that offers something new and entertaining. This Friday, the teams at WildBrain, Peanuts and Apple TV+ are hoping to follow in the footsteps of  beloved specials such as It’s the Great Pumpkin, Charlie Brown and A Charlie Brown Christmas with For Auld Lang Syne, a Peanuts outing that is set around New Year’s Eve celebrations.

For Auld Lang Syne is, of course, based on the Peanuts comic strip by Charles M. Schulz. The new special is from a story by Alex Galatis and Scott Montgomery, and written by Galatis, Montgomery and Clay Kaytis who also directed. Animation Magazine caught up with Kaytis and Galatis to talk about their experiences working on the new special alongside the WildBrain team and Craig Schulz, Bryan Schulz and Cornelius Uliano who served as executive producers with Paige Braddock for Charles M. Schulz Creative Associates.

“WildBrain and Peanuts had been talking to Apple about creating new family specials when they entered into their partnership a few years ago,” says the show’s director Clay Kaytis. “Personally, I had planned to take a break from animation for a little while, until I was approached by Stephanie Betts (Chief Content Officer) and Logan McPherson (SVP, Creative) from WildBrain to talk about Peanuts. I knew this was a conversation I had to have because this is a once in a lifetime opportunity that I couldn’t pass up.”

Kaytis, who is best known for directing The Angry Birds Movie and The Christmas Chronicles, says Betts and McPherson told him that the creative goals of these specials were to reach emotional levels that Peanuts hadn’t explored before. “I knew I had to do it then,” says the director. “I remember telling them that I wanted to do it because of how hard it would be. It was definitely hard work, but so rewarding in the end.”

Writer Alex Galatis, an animation veteran whose recent credits include The Snoopy Show, The Fungies and the Cloudy with a Chance of Meatballs series, notes, “The original Peanuts specials are classics. They have earned that reputation over a half a century and deserve it. It’s a huge responsibility to create new content, but it’s one we embraced. You can’t approach a new Peanuts holiday special with the idea that you are making a classic. If there is a tradition to follow it’s to tell a simple, heartfelt story with humor and empathy which is what Charles Schulz did so brilliantly.”

Kaytis adds, “More than anything I’ve worked on in my career, the thing I discovered about Peanuts is that everyone loves it. It engenders a worldwide goodwill, and that puts a lot of pressure on all of us. I certainly grew up watching Peanuts every year on TV. It has been a constant in so many people’s lives. Our goal was to make something that could sit alongside those classics in their own way, with an approach that felt fresh and true to the original source materials at the same time.”

To come up with the show’s storyline, Kaytis, Galatis and writer Scott Montgomery revisited their own childhoods and tried to remember what was important to them as kids. As Kaytis explains, “What were the events we recalled from when we were that age? And what were some of the disappointments that, at that age, seemed like the end of the world? And we’d always go back to the strips, finding gems of dialog, or something a character would wear, or relationships that Charles Schulz created, and see how we could relate those ideas to the stories we were telling. Alex and Scott were incredibly collaborative writing partners throughout the whole process.” 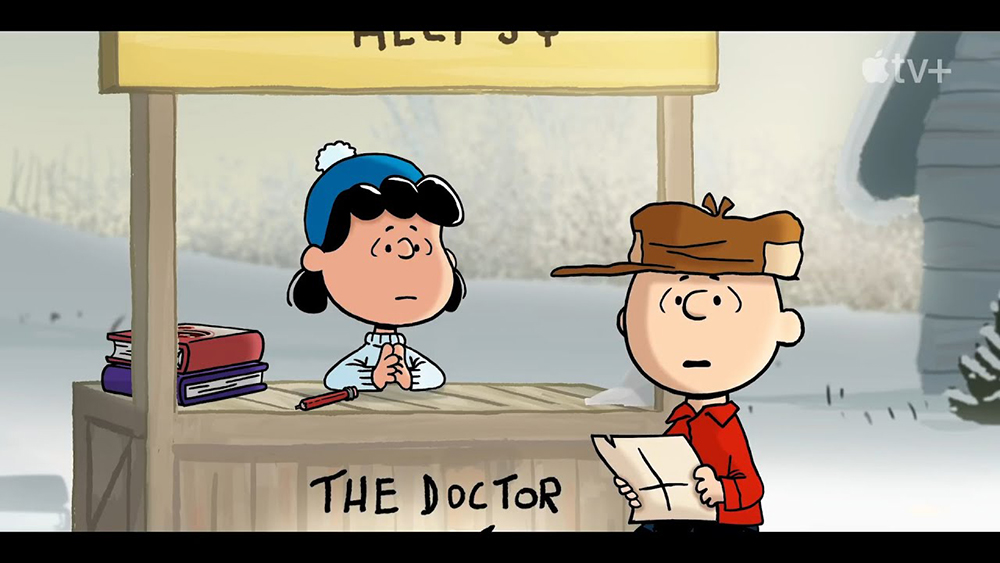 Galatis says all the story ideas started with the characters, which is why they always went back to the source material. “The Peanuts characters are so multi-dimensional — they can be joyful, anxious, maddening, hilarious and inspiring all in the same story,” he points out. “So we start by asking questions. Lucy is a take-charge character who always wants to have things her way; how would she react if the perfect Christmas that she organized didn’t turn out as planned? Would she just shrug and let it go? Never. We thought it could be a very funny and emotional story to see Lucy try to cover her disappointment by making sure that her New Year’s Eve party goes off without a hitch.”

The half-hour special, which took about two years to deliver, was produced by WildBrain’s Vancouver animation studio with a crew of approximately 300 people. The animation was created using Toon Boom Harmony. “Our goal was to create animation that looked like it was drawn by Charles Schulz, pulled straight from the strips,” notes Kaytis. “There was so much development that went into just creating the line texture and boil. I’m so happy with the result, and I anticipate many people will be surprised to learn this was a rig-based show. Not only do our characters look like drawings from the strips, the animation and performance is some of the best I’ve seen of these characters. It’s a whole new look that we’re very proud of.”

“Our technical challenges were spearheaded by Diego Stoliar,” he notes. “The character.

builds were overseen by Bob Etchingham. Our animation was supervised by Justin Smith. And of course, the amazing Production Design was by Pascal Campion.”

had in preserving the magic of the characters. “The fact that I experienced a moment in my career where I could put my stamp on the legacy of Peanuts,” says the director. That is monumental in my little corner of the world. Second, I’ve heard from so many of the crew who worked on these specials that these are the projects they are most proud of. That means a whole lot to me because every project is hard to make but not every project turns out the way you hoped. This is one that has won our hearts and we can’t wait for the world to enjoy it now.”

“I am most proud of the fact that, in a small way, I have been given an opportunity to contribute to the Peanuts world,” adds Galatis. “Charlie Brown, Lucy, Linus and Snoopy are some of the most beloved characters ever created and to be able to work with them was like being able to work with your favorite movie star. And let me just add, they are all very nice in person!”

Kaytis says his greatest dream would be that audiences would take into their hearts and want to gather together to watch it year after year. “These characters are as real as any I’ve ever worked on, and I hope audiences feel that too,” he concludes.

“We hope they get the same they got out of the old specials — humor, empathy, warmth, connecting with an old friend, spending time with family,” notes Galatis. “And Charlie Brown, Lucy, Linus, Peppermint Patty and Snoopy are truly family. We hope that getting a new Peanuts special will be like having a warm hug. It’s what we all need right now, especially on the holidays.”