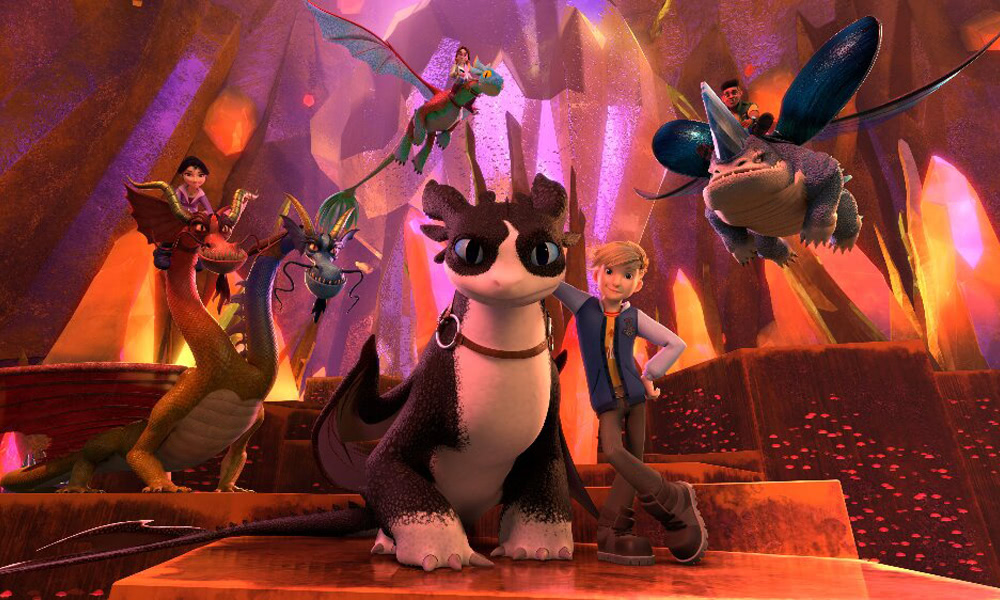 It has been more than 11 year since directors Chris Sanders and Dean DeBlois introduced the world to Cressida Cowell’s magical How to Train Your Dragon universe. This month, home audiences will get to enter a whole new take on this popular franchise when the DreamWorks Animation series Dragons: The Nine Realms premieres on Peacock and Hulu. The great-looking six-episode show centers on a new, modern-era generation of dragons living over 1,300 years after the events of the movie trilogy. 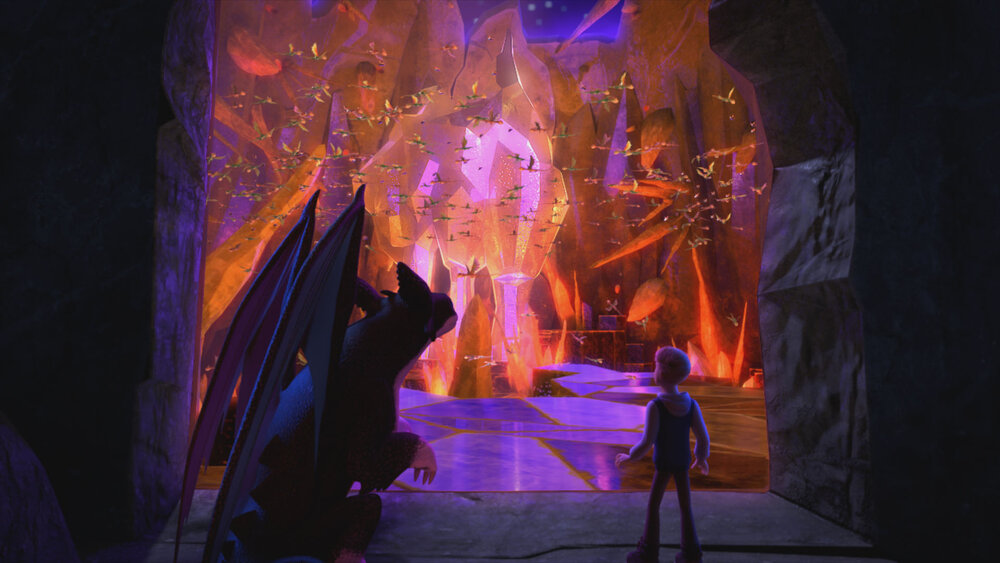 The show’s executive producer and showrunner is John Tellegen, a long-time children’s TV veteran whose credits include Where’s Waldo, seven season of Power Rangers (2003-2009) and Spy Kids: Mission Critical, on top of writing for the two previous Dragons shows — Race to the Edge and Rescue Riders. “When DreamWorks asked me to be involved in another iteration of Dragons, I jumped at the chance. I absolutely cherish this franchise and I love telling character stories that have a nice balance of adventure, comedy and heart. Throw in some amazing dragons, and it’s the perfect show for me!”

Tellegen says he loves that the new incarnation of the franchise has the same heartbeat and soul of the previous movies and series. “It’s different, but it still feels familiar — like your favorite sweater,” he offers. “I mean, this show takes place 1,300 years after the last film, so it can’t be the same! But even though our roster of intrepid, teenaged characters have modern-day hopes and dreams, when they befriend their dragons they’re pulled into the timeless fight for the safety and security of all of dragon-kind. That’s exciting no matter what millennium you’re standing in!” 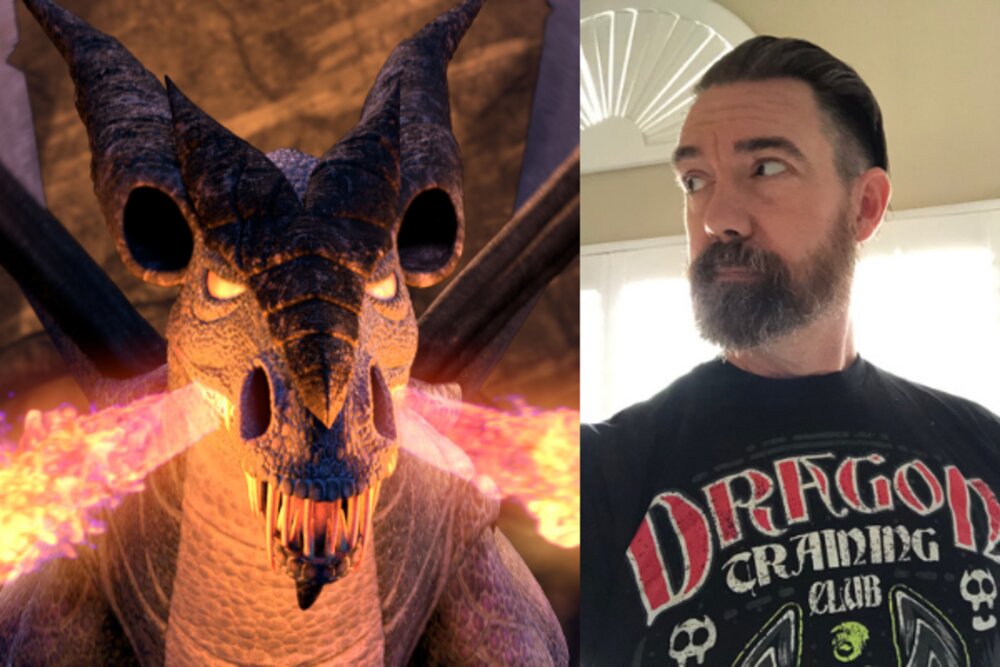 John Tellegen (right) and his team came up with an array of diverse dragons, like Fault Ripper, for The Nine Realms.

Of course, launching a whole new show based on a deeply beloved movie can be fraught with challenges. “Dragons has such a deep, rich history,” he notes. “Millions of fans around the globe absolutely love and adore Hiccup and Toothless — and by the way, so do I! I’m sure it’s hard for some diehard fans to imagine a Dragons series that doesn’t take place in a Viking land and isn’t following the journey of Hiccup and Toothless. And I can understand that feeling. To those fans I would say, I also cherish Dragons and I write and produce the show with the love and respect that this incredible franchise deserves. And just because we’re 1,300 years in the future, doesn’t mean there won’t be some surprises from the past!”

Exec produced by Chuck Austen (She-Ra and the Princesses of Power, Kipo and the Age of Wonderbeasts) and Henry Gilroy (Star Wars Rebels, Ultimate Spider-Man), the new CG-animated show is produced by CGCG in Taiwan and Technicolor in India. Overall, a team of about 300 talented people around the globe contribute to the series. 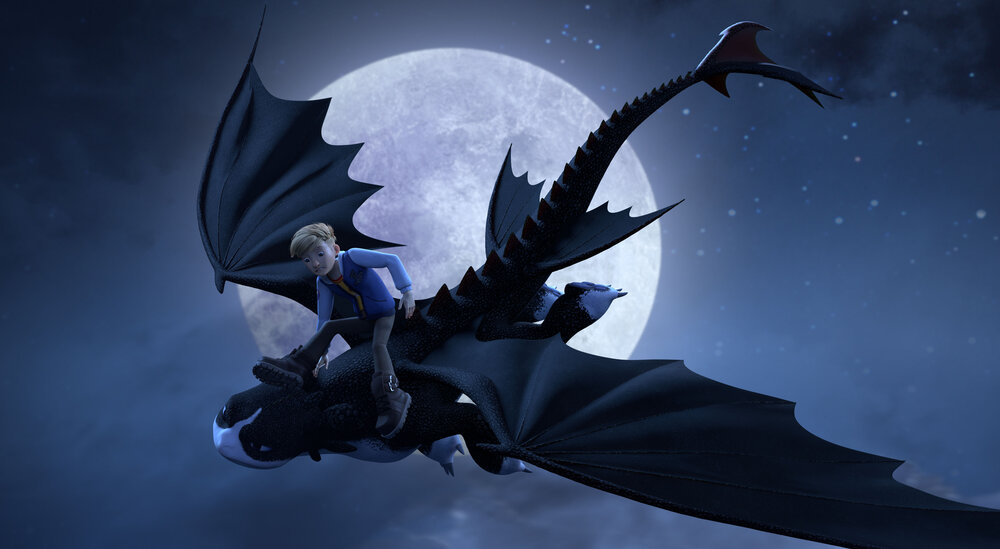 Tellegen says he loves this new take on the dragons and their modern-day friends. “I love all of our characters,” he notes. “We have an amazing cast who continue to elevate the material beyond my wildest expectations. That said, Tom and Thunder have a wonderful connection, and guiding their journey through the Nine Realms as they uncover their destiny together has been incredibly exciting and rewarding.”

Audiences will be happy to know that the visual inspiration for the show is rooted deeply in the original features. “Nadia Vurbenova-Mouri is our art director on the show,” says Tellegen. “One of our challenges was that we are far removed from the Viking era. When designing the main human characters, we mimicked the proportions and exaggerated elements while dressing them in modern outfits. Nadia looked at what her teenage kids wear today. The overall silhouettes are still true to the well-known iconic characters from the franchise.” 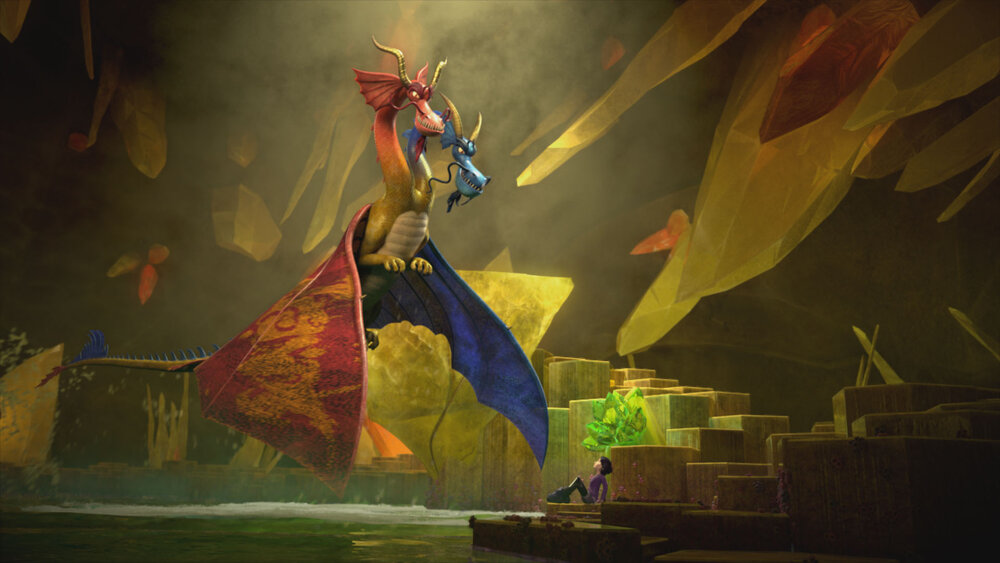 The artists pulled a lot of reference from the features for the dragon characters, but they still wanted to bring something fresh and original to the mix. “As an example, our two-headed dragon is hugely influenced by Chinese culture and patterns,” says the showrunner. “For this show we wanted to expand our palette well beyond the shores of Berk. Meanwhile, our ‘real world’ sets are modern and industrial, but use natural materials similar to Berk. The rock formations and woods around them draw inspiration from that area as well. Another huge inspiration for the sets is the location of the series. We are in a steep, mountainous region.”

The “Hidden Worlds” of the show are a different story altogether, he says. “Nature on Earth and space are the two main components that make these worlds fantastical but believable,” offers Tellegen. “We still break reality with these environments, and the goal is to take our audience on a visually interesting journey on Earth to places we’ve never seen before.” 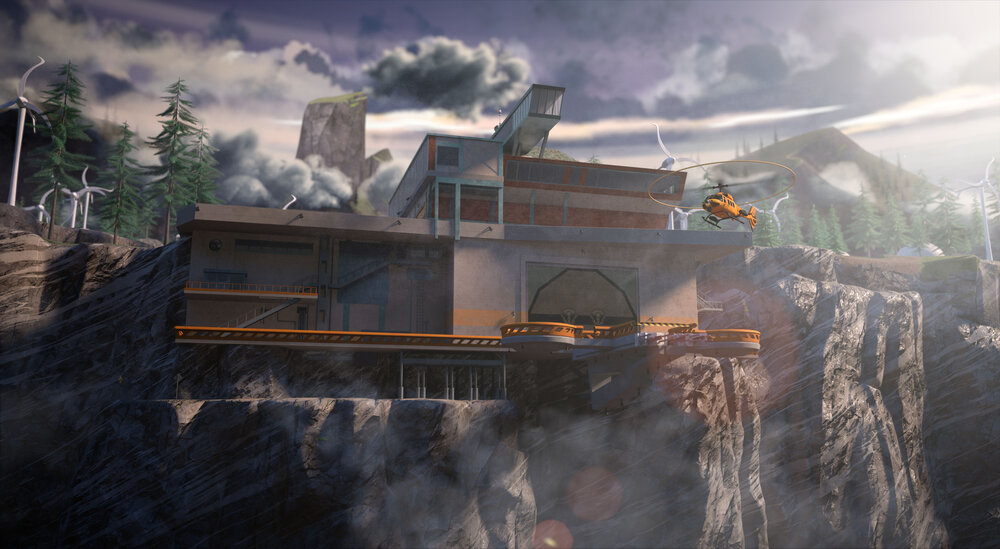 Tellegen also believes that the show’s themes and characters are what makes this property so appealing. “Dragons, at its core, is telling universal human stories about friendship, family, belonging, finding your place in the world,” he observes. “It’s about heroes, journeys, and destinies. These are themes that resonate with everyone, young and old, all around the world. And it’s not just the human characters that grow throughout the course of the series, the dragons have their own journeys, their own challenges and their own destinies. The Dragons franchise has a rich landscape, driven by the passion of the characters, it can expand in any direction as far as the imagination will take it. It’s a world that we would all like to visit someday.” 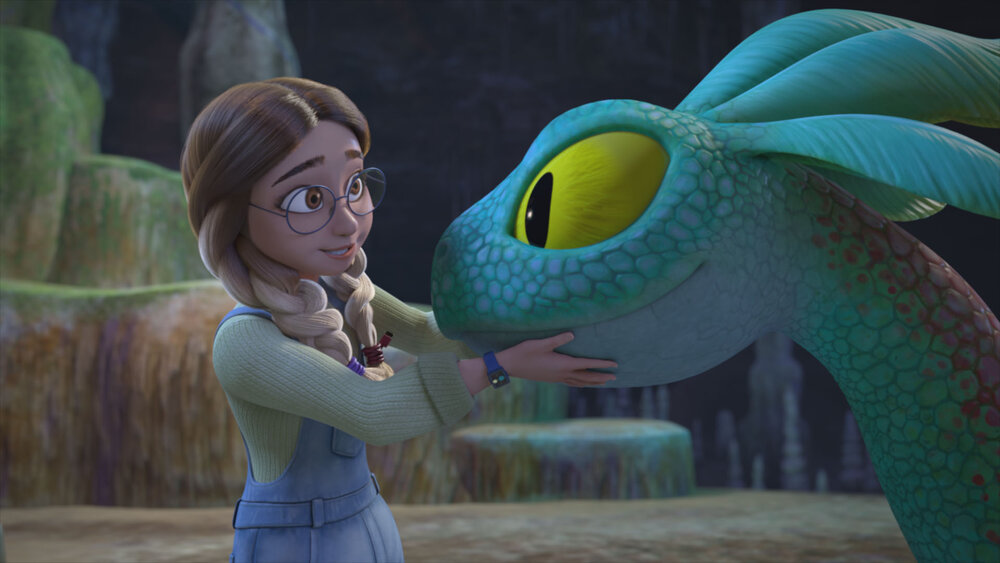 He also hopes that the show’s audience will find many rewarding moments in the days to come. “My hope is that after the audience has laughed, cried and cheered for our heroes, we’re reminded of the fact that we are all in this together,” says Tellegen. “This series highlights how important it is to look beyond yourself, support your friends and your neighbors, reach out to those in need, protect what is precious and strive for a better world. It’s never too late to find your own destiny.”

Tellegen’s also quite optimistic about the future of the medium. “Animation has always pushed boundaries,” he notes. “We are in a very exciting era of animation right now. There are a lot of new and interesting voices telling a variety of authentic stories from fresh perspectives. It’s adding a richness to the industry that I certainly hope continues. The more we can learn about each other and our unique life experiences, the closer we will all become. Beyond just being great entertainment, that fills me with hope for the future!”

Dragons: The Nine Realms premieres on Peacock and Hulu on December 23.