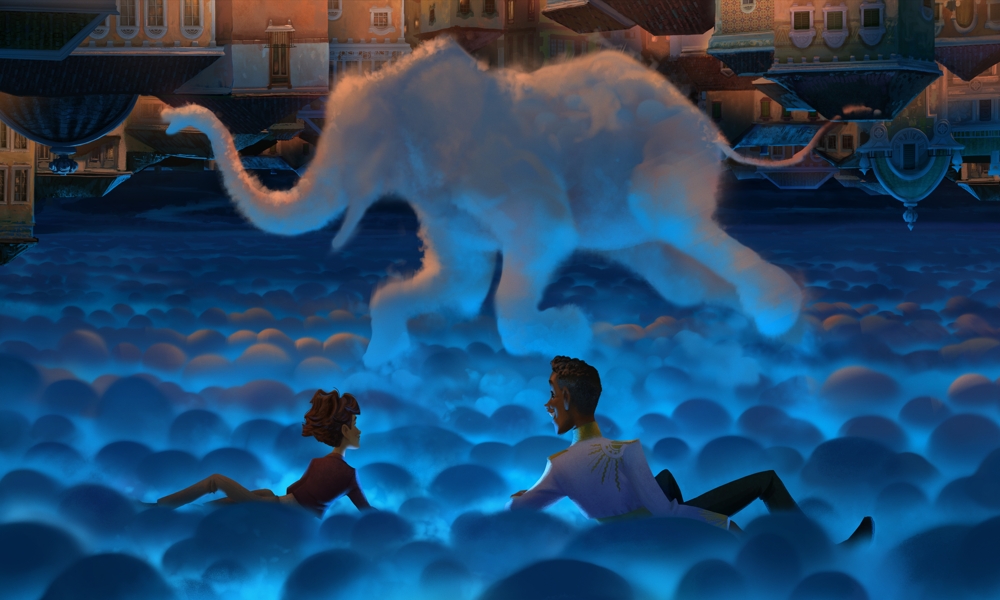 When Peter (voiced by Ford v Ferrari‘s Noah Jupe), who is searching for his long-lost sister named Adel (Pixie Davies), crosses paths with a fortune teller in the market square, there is only one question on his mind: is his sister still alive? The answer, that he must find a mysterious elephant and the magician (Benedict Wong) who will conjure it, sets Peter off on a harrowing journey to complete three seemingly impossible tasks that will change the face of his town forever.

The film marks the directorial debut of renowned visual effects veteran Wendy Rogers (Shrek, The Chronicles of Narnia: Prince Caspian, Puss in Boots, Flushed Away) and is produced by Julia Pistor (Jimmy Neutron, Lemony Snicket’s A Series of Unfortunate Events).

“Peter’s story planted itself in my heart when I first read the book — I felt very connected to him, and was totally captivated by the world and the characters,” said Rogers. “The power of hope, the belief that anything is possible, and the ability to ask ‘what if?’ are all themes that are woven into the fabric of this film, and resonate now more than ever.”

Pistor commented, “When I first read Kate DiCamillo’s book, I knew that I had to make The Magician’s Elephant into a film. It’s as inspiring as it is entertaining, and has such a wonderful blend of adventure, heart, magic and off-center humor. The film has such a unique visual style that transports the audience away to another world, one that Wendy and I wanted to ensure reflects the world as it really is =- full of different cultures and beliefs.”