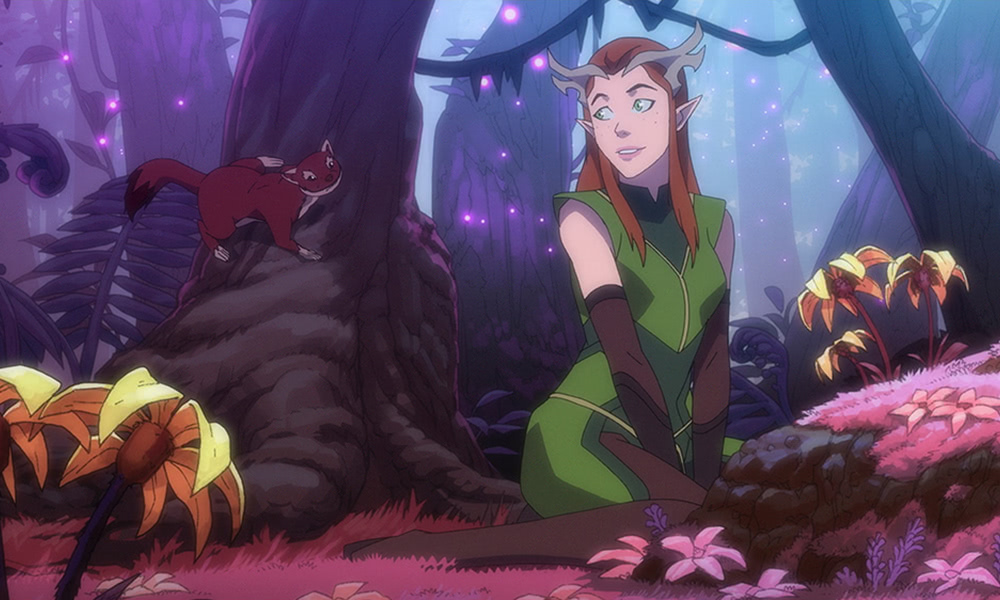 It started, appropriately, with a roll of the dice.

A group of voice actors gathered a few years back to have a good time and play some Dungeons & Dragons. Calling themselves Critical Role, they live-streamed their friendly match on Twitch, generating in the process a fanbase, known as “Critters,” enthralled with the lengthy campaign and the characters created to populate it. The group soon launched a Kickstarter campaign to adapt the characters to animation for a half-hour special titled The Legend of Vox Machina, raising a record $11.4 million in 45 days. 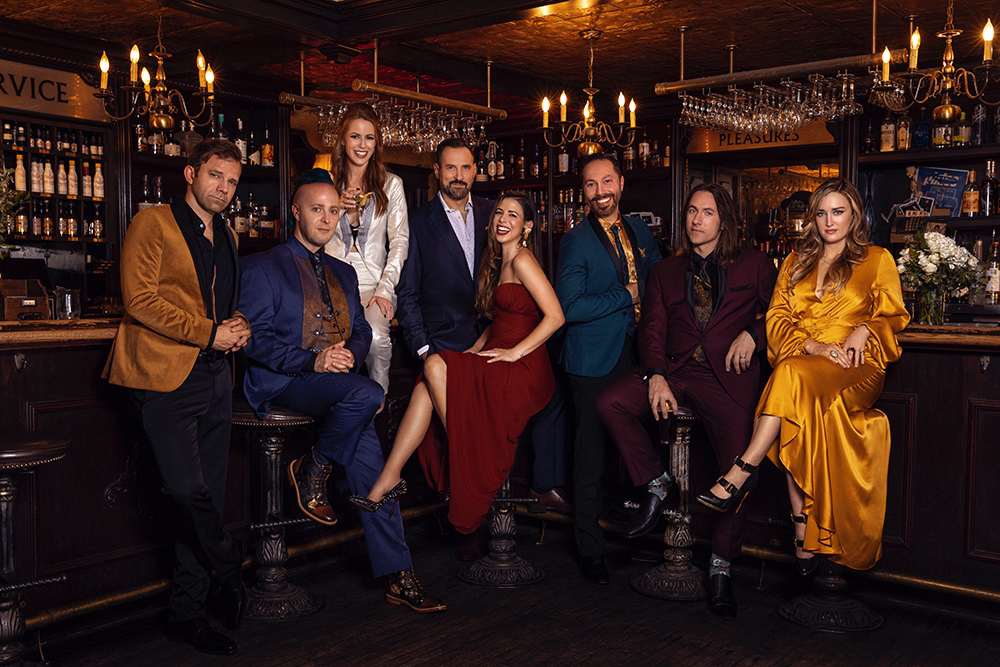 And now, having partnered with Amazon Studios and Titmouse, The Legend of Vox Machina arrives January 28 as an adult-oriented animated series on Amazon Prime Video, with the first of 24 episodes spanning two seasons. The fantasy-themed series follows a band of misfits who take on a quest to save the realm of Exandria from dark magical forces in return for funds to pay off their ever-mounting bar tab. 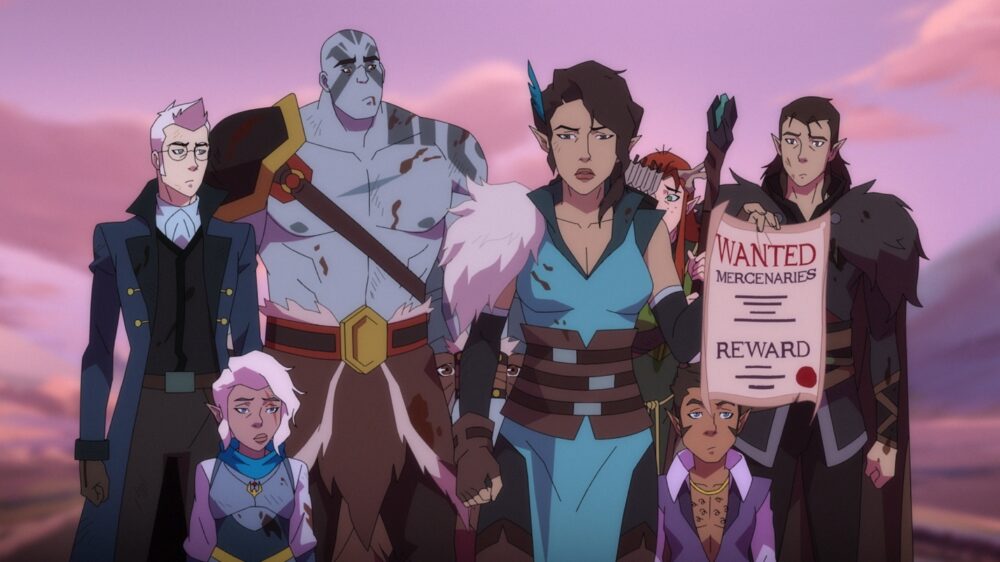 Heading up the project for Critical Role are Riegel and Willingham. The latter says Amazon’s commitment to their vision of Vox Machina as a show for adults helped seal the deal: “Their number one priority was making sure that the Critters felt like they were getting the show that they funded, and so that was music to our ears.”

Like their love of D&D, the Critical Role crew has deep affection for the Saturday morning cartoons of their youth and anime. Both became influences on how they wanted the animated show to work. “We are kids of the ’70s and ’80s, and there were shows that just spoke to us,” says Willingham, citing Thundercats, G.I. Joe, Silverhawks and Transformers. “Most of us come from a little bit of an anime background, as well. We do the English dubbing for anime projects — so, we’ve seen the visceral action, the incredible stylings that come out of those projects.”

That mix of styles was a real challenge, says supervising director Sung Jin Ahn. “Saturday morning cartoons for adults,” he says. ”That kind of encompasses the type of story they want to tell and really gave us a wide gamut.” 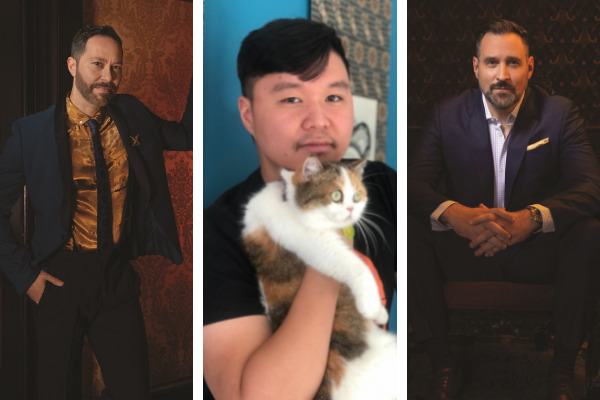 Finding the right look for the characters was another major challenge, especially after having seen so many fan art interpretations, Willingham says. A chance encounter on a flight to the 2018 New York Comic Con, though, put Willingham in touch with veteran character designer Phil Bourassa.

”I said: ‘Would you be interested to take a shot at some of these characters? We’re developing an animated series, and your style is kind of like what I have floating around in my head,’” he says. “And the first stuff that he sent over — Sam and I just stood up and kind of screamed and danced around the office a little bit.”

But turning the 115-episode campaign into a narrative for about five hours of animation was still a daunting task. 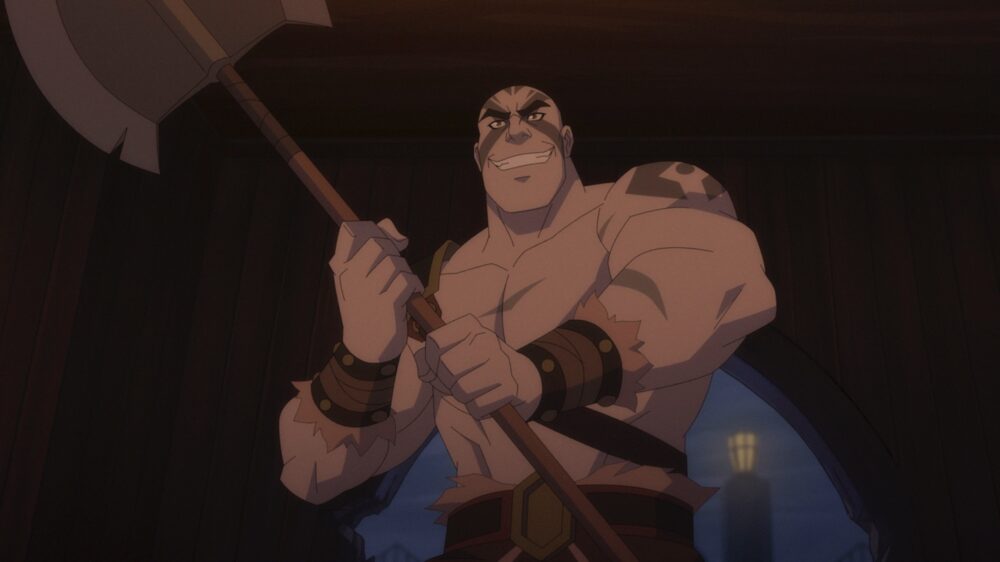 “Sam and I got together and burned the midnight oil for many, many nights and said, Okay, what would an abbreviated adapted version of these stories look like?” Willingham says. “The next thing was to try and find an animation studio that might be able to help us to craft this thing. We met with Chris Prynoski and the brilliant geniuses over at Titmouse and they said, ’Yeah, yeah, we think there’s a there’s a way forward for this.’”

Executive producer Brandon Auman came on board as showrunner and assembled a crew of writers, storyboard artists and animators to begin defining both the story the show would tell, and what it would look like. “We just started to whittle away until we got down to the things that we knew we really wanted to see from a storytelling perspective,” says Willingham.

“The angle that Sam and Travis brought to us, and that we really latched onto, was you definitely feel like you’re on an ongoing adventure, episode to episode, and there’s consequences and choices that are never forgotten and carry through,” Ahn says. “And we definitely want the audience to really notice that and be on that journey as well.” 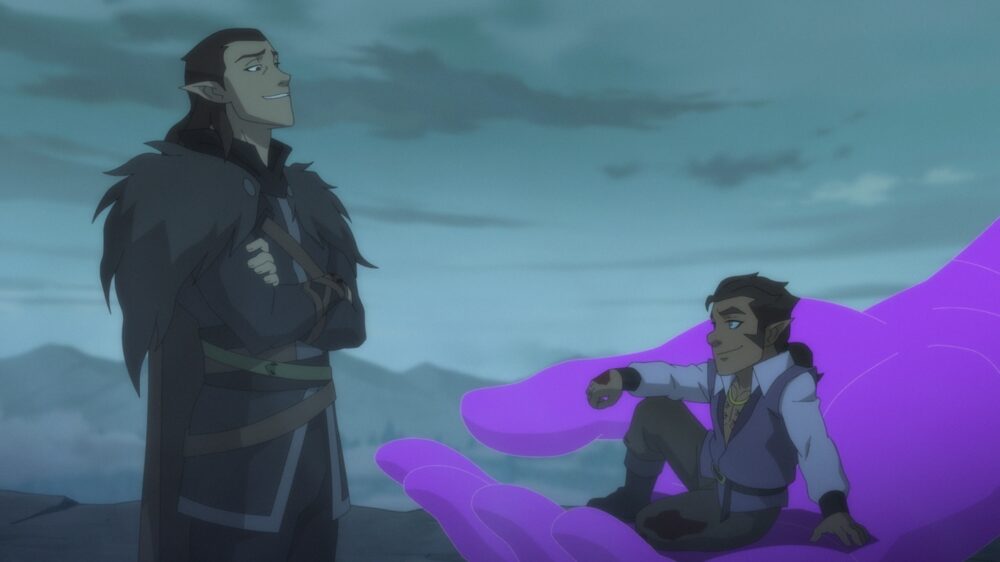 Keeping the fans and their favorite moments in mind was a key consideration, along with looking for opportunities to improve the storyline or to modify the story to serve a half-hour format in the best way possible. “We really just wanted to strike a true shot to the core of what it is that we love, and what we think our fans love, about how we play Critical Role,” says Willingham

At the same time, fans of the live stream can rest assured that surprises await, says Riegel. “We definitely have programmed in some twists and turns that deviate from the canon storyline to keep this story fresh and unique, but also to make this telling of the story its own thing,” he says.

That includes retaining the adult themes, language and violence of the original story. ”We were actually very specific with when our characters use adult language or when there’s blood or gore or violence shown,” Ahn says. “But when we do show those, I’d make a point to really push it as far as I can in a cinematic sense and truly try to get the audience to get involved, or to put them in the shoes of the characters.” 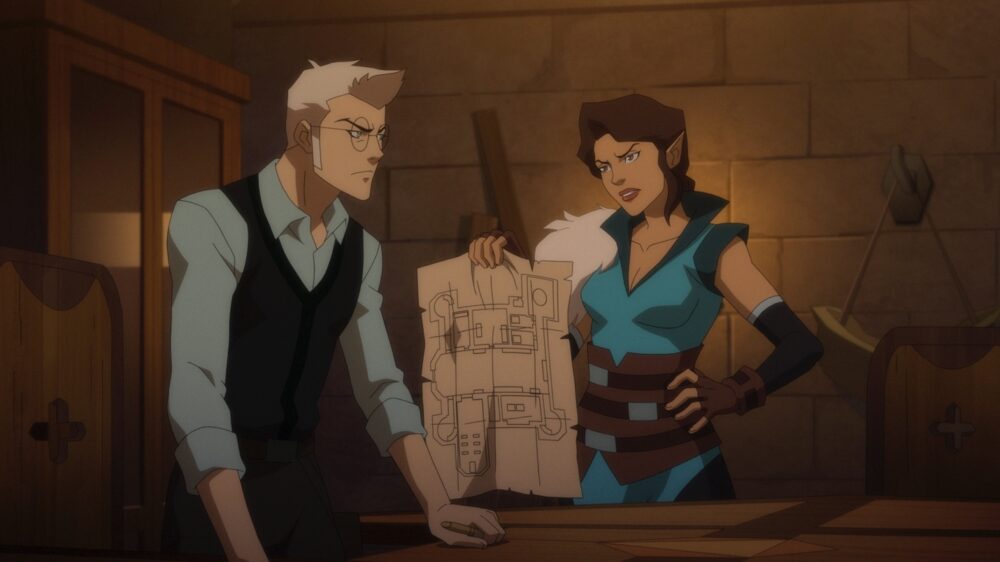 Riegel says animation was an obvious medium for the story given the Critical Role cast’s experience. “It’s just a language that we spoke better and more fluently than live action,” he says. ”And also them being fantastical stories and wild characters that do a lot of magic and teleporting … it’s way easier to imagine the world animated than it is to think about sitting on a set for 12 hours a day.”

Adapting the campaign into a narrative was a unique challenge, Riegel says. “Unlike other shows that are adapted from super-visual mediums like comic books or video games, this was really being adapted from an audio medium into animation,” he says. “A lot of the adaptation came from just giving things visuals … We tried to choose moments in the campaign, moments in the story that would translate best into animation.”

But experience in the voice booth didn’t fully prepare Willingham and Riegel for full immersion in the animation process as showrunners. “I thought going into this that I know a little bit more than the average guy about how the animation pipeline works,” Riegel says. “But it turns out, I did not! And I don’t think either of us really understood the hundreds and hundreds and hundreds of decisions that go into a single day of animation.”

“Luckily, it’s been spread out over the past two years, but we have learned an immense amount In that time,” Willingham adds. “Like most things that you want, it’s never as easy or as simple as you think it might be. And it’s been a delight to learn.” 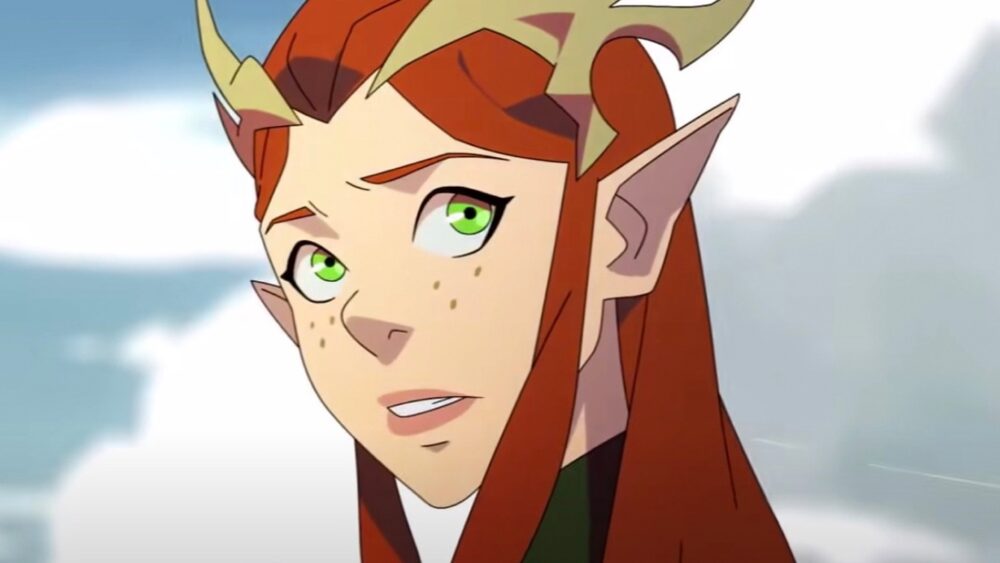 Having the experience of the crew at Titmouse helped tremendously, as did having the rest of the Critical Role cast as executive producers and a sounding board for their ideas.

”When Sam and I come up for air, we’ll hit up the other six members with everything that we’re doing, and they’ll take a step back and be like, ‘Holy shit, we’re really doing this!’”

After two years of work, Riegel says they are all happy to let the show out into the world. ”The animation is really pushing the limits of what we’re capable of doing at this budget level, and I’m really proud of the team … for the work that they’ve done on this show,” Riegel says.

What does the future hold for The Legend of Vox Machina? Well, there are two more Critical Role campaigns set in the world of Exandria. “We’ve got dreams of the moon and beyond,” says Willingham.

The Legend of Vox Machina premieres on Prime Video on January 28.