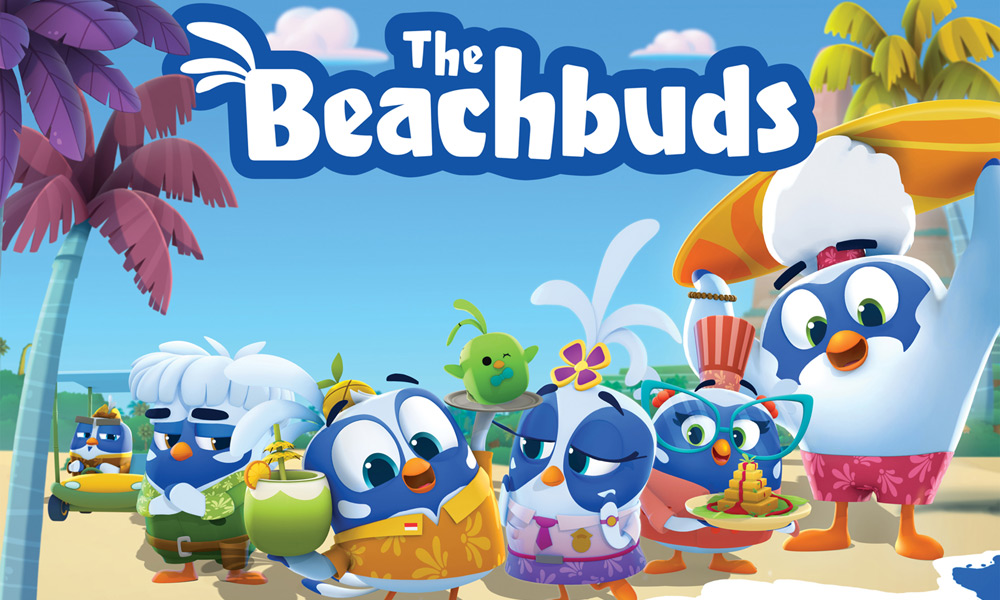 J-Toon Productions (U.S./Indonesia) and Montreal-based producer/distributor Syon Media have announced a deal to exclusively premiere the new animated series The Beachbuds on Disney+ Hotstar later this year. Aimed at kids 6-11, the 52 x 11′ series will introduce young viewers to a gaggle of funny, feathered friends living in the tropical island paradise of Zoobak Resort.

Each episode follows the daily adventure of Bayo, the resort’s authority; Alejandro, the foolish lifeguard; Nola, the gritty and pretty security guard; Mr. Putu, the reluctant manager; Pon Pon, the hot-tempered chef; and Ozo, the handyman. As the show’s beaky stars welcome guests to their resort home, The Beachbuds teaches children about harmony, hospitality and humor — so that no matter what happens, everyone can have their best day ever!

“We strongly believe The Beachbuds will fascinate the hearts of kids and families worldwide for years to come,” said J-Toon Productions’ Director & Executive Producer, Iskander Tjahjadi.