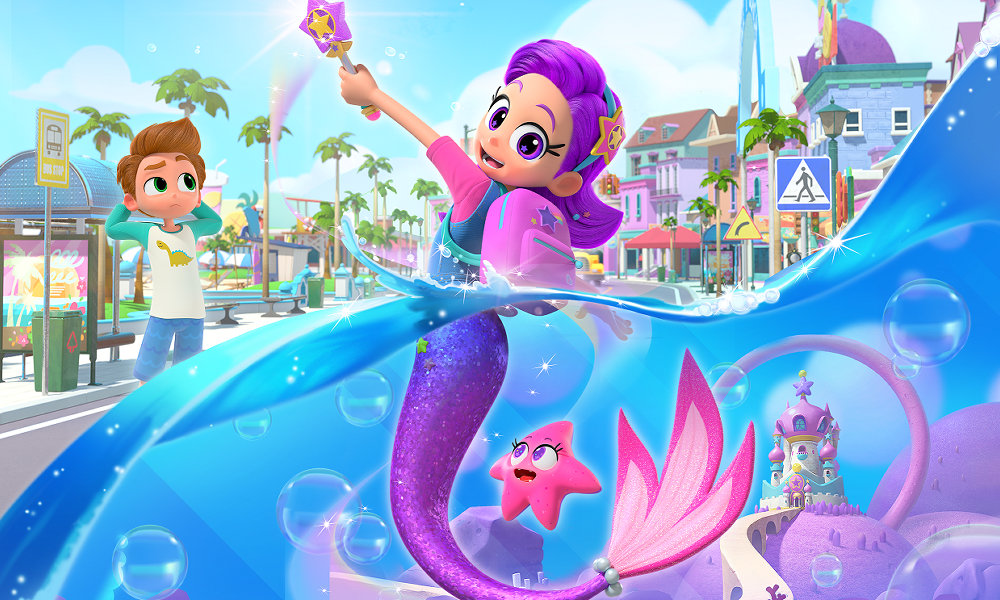 Currently in production, Rainbow Bubblegem recounts the magical adventures of seven mermaid princesses who must go to school on land to search for enchanted jewels to save their undersea realm from an evil witch.

Deep in the sea where mermaids live, the Merqueen created magical Bubblegems to protect the undersea kingdoms from evil forces. Now it’s time to find her successor, and whichever princess can gather the Bubblegems will be the new queen. But the Bubblegems are scattered on the land, hidden in secret volcanos, so the seven mermaid princesses must emerge from the sea and go to human school while they search for the precious jewels. But someone else is after the Bubblegems – the wicked witch Black Dia, who is tired of her exile in the dark deep sea and wants to seize control of the sea world for herself. Will her black magic prove too powerful for the young mermaid princesses, or can they work together to collect all the Bubblegems and save the undersea kingdom?

Raised as princesses and growing up alone in their respective kingdoms, at first the mermaids find it hard to make friends and understand other people’s point of view. Through their struggles to adapt to school life and form new relationships, the series teaches children about friendship, cooperation with others and how working as a team can help you succeed.

“Co-production is an important part of Tencent Kids’ strategy and we are delighted to team up with Live Fun and Campfire Aniworks for this magical new series,” said Selina She, Director of Kids’ IP Development & Programming Center, Tencent Video. “Hugely fun, with seven colorful and adorable heroines who young children can readily identify with, it promises to be thrilling viewing for our audience as well as teaching them valuable life lessons about the importance of friendship and teamwork.”