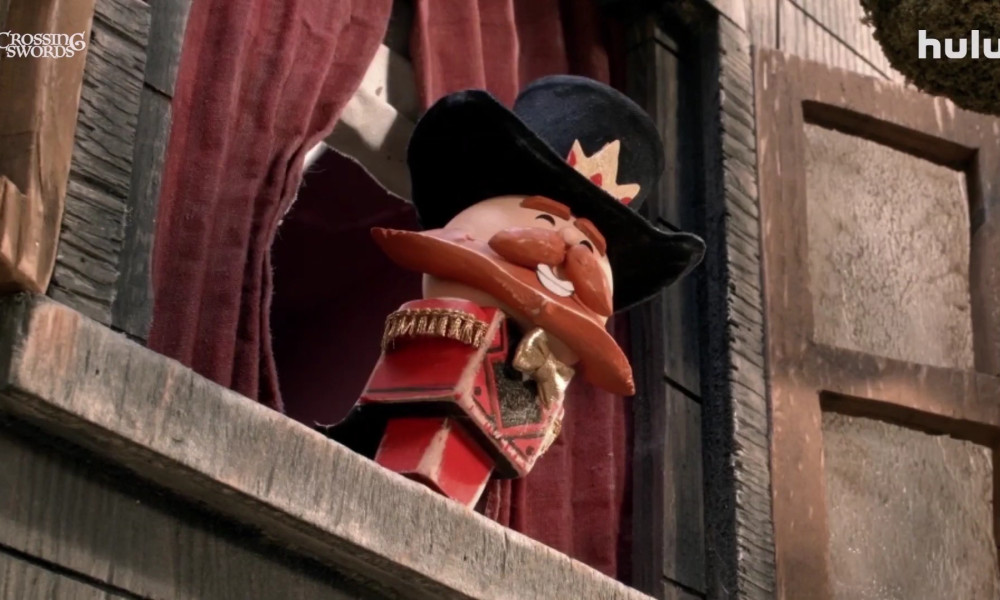 Another 10 episodes of bingeable mayhem is heading to Hulu, with Season 2 of original stop-motion adult comedy series Crossing Swords premiering December 10. The streamer dropped a teaser for the next chapter in this manic medieval tale.

Season 2 continues the adventures of Patrick the long-suffering squire (voiced by Nicholas Hoult) as he climbs the ladder of knighthood in the service of the volatile King Merriman (Luke Evans). There are new friends to make, new enemies to vanquish, and new horrors to scar Patrick for life; including bloodthirsty leprechauns, an island of killer monkeys, and a shadowy villain who could destroy everything Patrick has ever known!