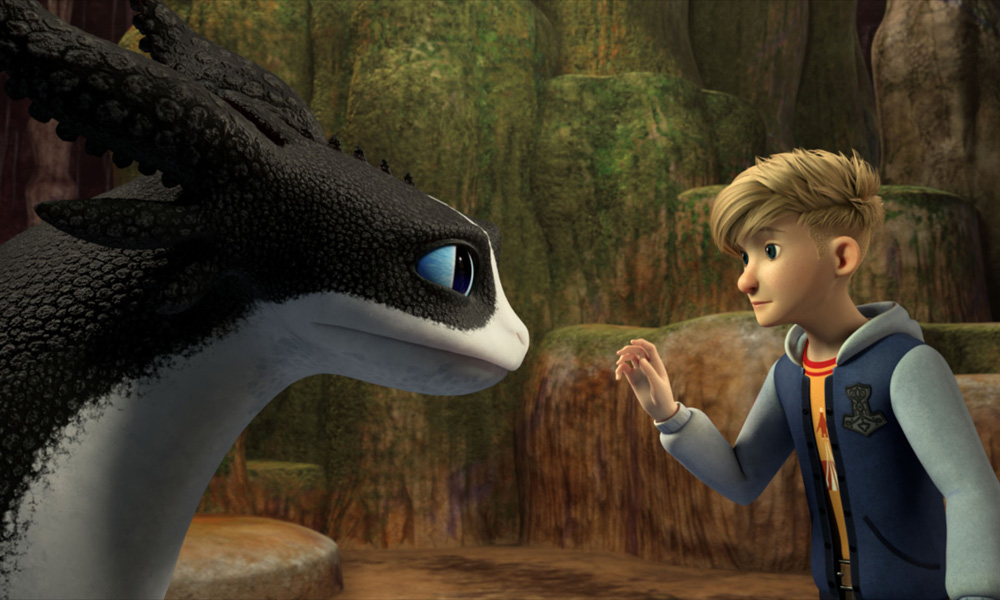 DreamWorks Animation has unveiled the next scaly tale in its popular How to Train Your Dragon Franchise, announcing the all-new 6 x 22′ series Dragons: The Nine Realms for Hulu and Peacock streaming platforms, premiering December 23.

Set 1,300 years after the events of How to Train Your Dragon, dragons are now just a legend to the modern world. When a geological anomaly opens up an immense, miles-deep fissure in the Earth’s surface, scientists from all over the world gather at a new research facility to study the mysterious phenomenon. Soon a group of misfit kids, brought to the site by their parents, uncover the truth about dragons and where they’ve been hiding — a secret they must keep to themselves to protect what they’ve discovered.

The series voice stars Jeremy Shada, best known to toon fans as Finn in Adventure Time, Lance in Voltron: Legendary Defender and Robin in Batman: The Brave and the Bold.

Dragons: The Nine Realms is executive produced by showrunner John Tellegen, who was a writer on Dragons: Rescue Riders and Dragons: Race to the Edge; Chuck Austen (She-Ra and the Princesses of Power) and Henry Gilroy (Star Wars Rebels).