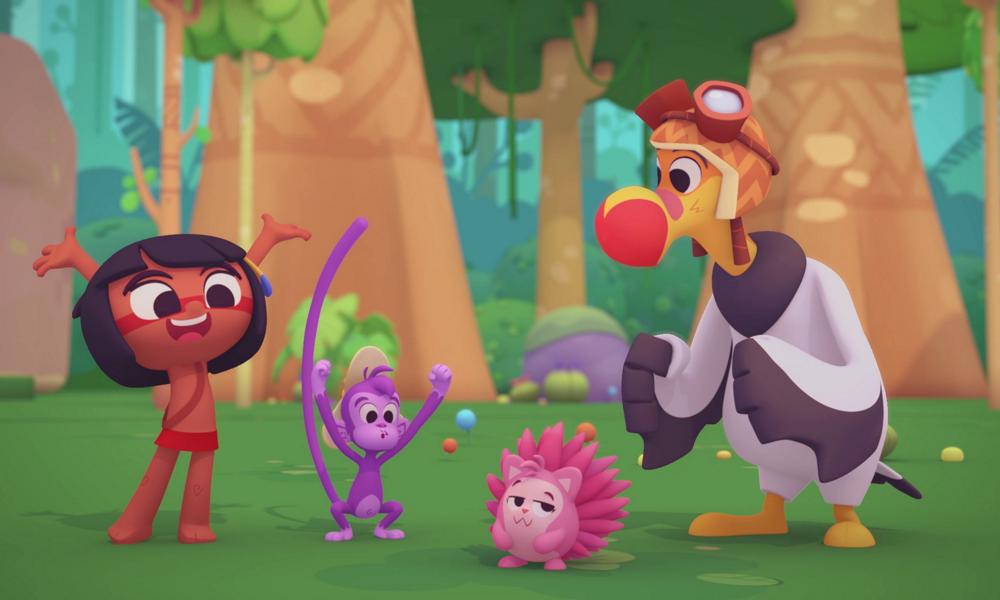 New Brazillian animated series Tainá and the Amazon’s Guardians, produced by Hype Animation, Sincrocine and the Viacom group, makes its streaming debut on Netflix across all of Latin America. Aimed at preschool audiences, the 26 x 11′ show follows the adventures of a young Indigenous girl named Tainá and her animal friends: the monkey Catu, the king vulture Pepe and the little hedgehog Suri.

With little heroes who are always ready to take care of the forest and their friends, Tainá and the Amazon’s Guardians brings messages of respect, friendship and care for nature to the streaming platform.

The production received resources from Ancine and the Fundo Setorial do Audiovisual, sponsored by RioFilme and Norsul, and supported by BNDES. Created by Pedro Carlos Rovai and Virginia Limberger, Tainá is directed by André Forni, produced by Carolina Fregatti and executive produced by Marcela Baptista. French animation boutique Dandelooo serves as distributor. Entirely produced in 3D animation, Tainá and the Amazon’s Guardians had its Latin America premiere on Viacom’s Nickelodeon and Nick Jr. channels in 2018.

Aimed at children aged three to six, Tainá and the Amazon’s Guardians uses Brazilian characters to encourage children to respect diversity and cultural differences with themes of friendship and ecology.

“For us at Hype, it was a very rewarding job to work with its very positive message of the importance of helping others,” commented Hype Animation’s CEO, Gabriel Garcia. The series is the animated TV spin-off of the hit trilogy of Brazilian features. “There was always this challenge of how to present Tainá but also the Amazon to a global preschool audience. [To show] all the richness of our fauna and flora — in a playful way — was one of our main goals.” 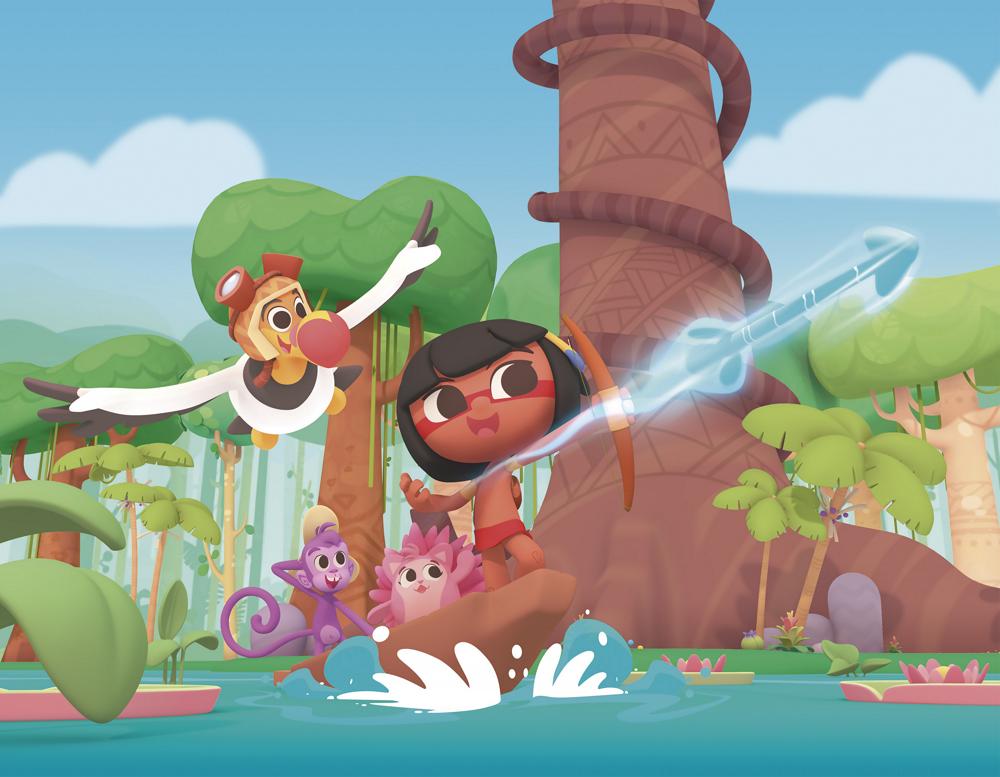