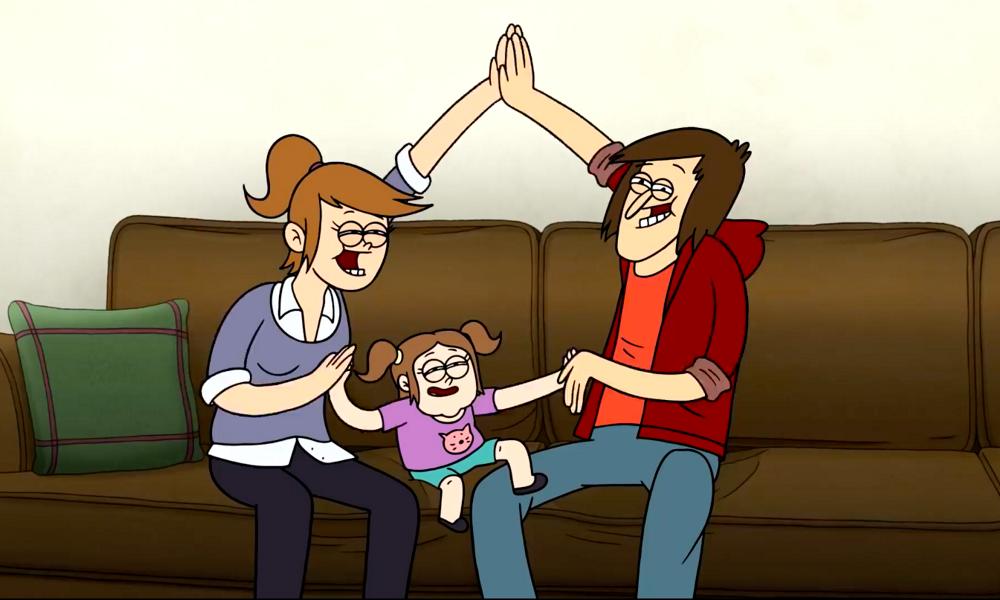 Believe it or not, it has been 10 years since J.G. Quintel’s Emmy-winning series Regular Show debuted on Cartoon Network. This summer, Quintel is back with a new series that centers on a married couple and their five-year-old daughter and their two best friends/roommates who all live together in a home in the Silverlake neighborhood of Los Angeles. The first season of the series, which is called Close Enough, is premiering on HBO Max in July.

The new show, which is produced at Cartoon Network Burbank studios and Saerom Animation (Korea), was inspired by Quintel’s own experiences of being a young father and trying to balance work with the commitments of marriage and parenthood. “The idea for the show had been percolating for a while,” says Quintel during a recent interview with Animag. “As we were wrapping up Regular Show in 2017, I was looking for new ideas. The first show coincided with me having a job and being out of college, and Close Enough is about getting married, starting a family, trying to buy a house. It’s about transitioning from being just yourself and doing whatever you want to taking care of other people in your life.”

The show’s main character, Josh, is both based on Quintel and voiced by him. Josh and his wife Emily live with two of their best friends who are now divorced, which certainly complicates their daily lives. And although they have encounters with time-traveling snails, stripper clowns and murderous mannequins, there are elements of truth and real experiences in each episode. “Even the building they live in is based on the place I first lived in Los Feliz in L.A.,” admits Quintel. “It has the exact same floor plan!” 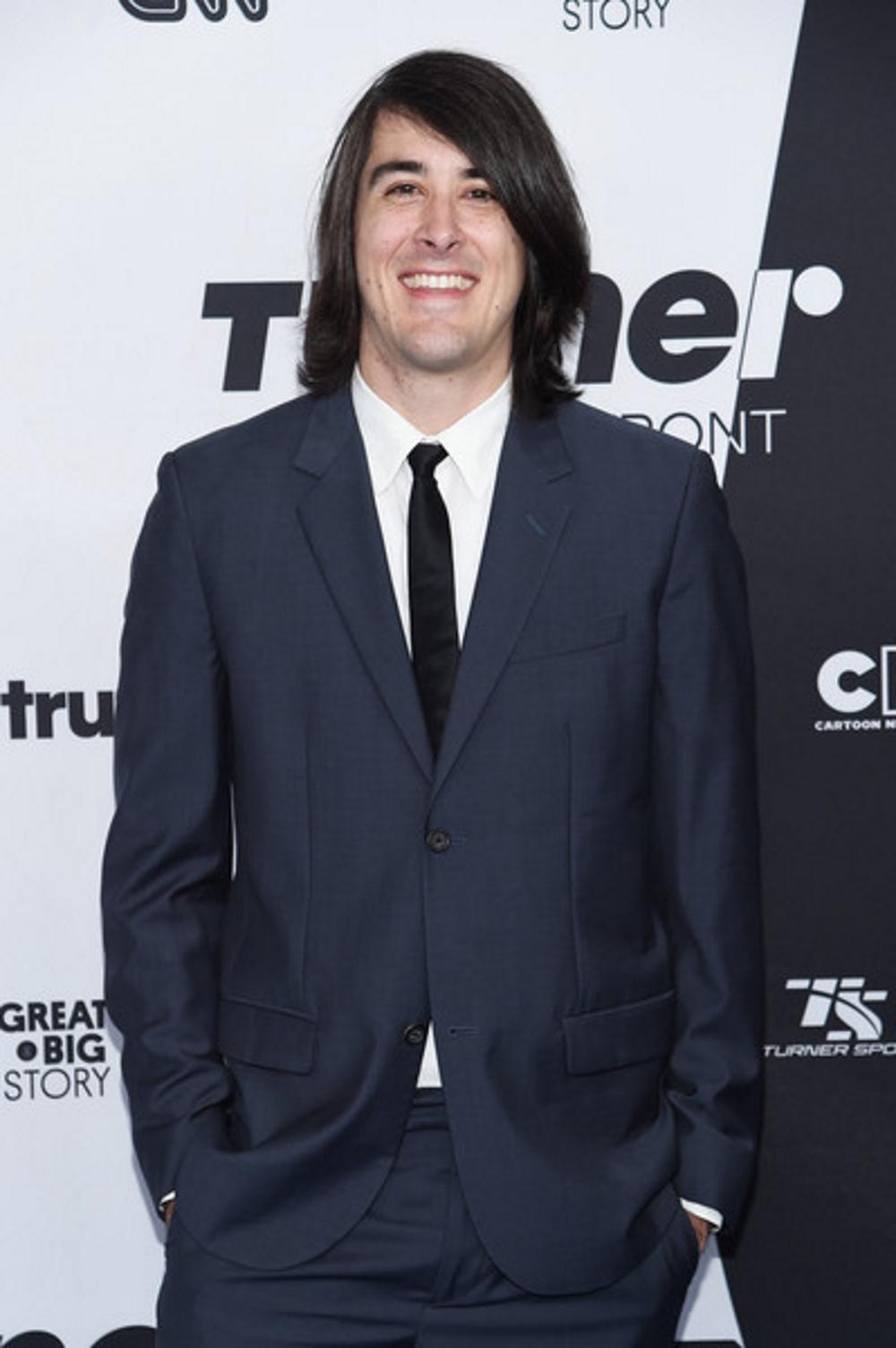 Close Enough was originally picked up by TBS in 2017, but it was shelved, and as the streaming wars heated up, the show landed on HBO Max. “We dropped the trailer three years ago, and that’s how we actually pitched the series,” says Quintel. “We used the same Regular Show team and Saerom to create that trailer, and it actually looks like it was put together from a complete show. But it was completely fabricated as a selling tool so that they could see what we were aiming to do. After that, we went through development, and now, after waiting for a long time, it will finally air in July!”

For Quintel, who graduated from CalArts 15 years ago, the series offered a chance to have fun with all the adult subjects he couldn’t tackle when he was working on a kids’ show. “We deal with family life and adult situations,” he says. “Just because it’s an adult show, it’s not crass just for the sake of being crass. Yes, we can do that, but I like to be pushed to find creative ways to play with the adult jokes. It’s really more about having heart and characters that you care about. The stories have to do with super relatable things, but they all go totally out of control to take advantage of animation and explore things that you can’t do in live action.” 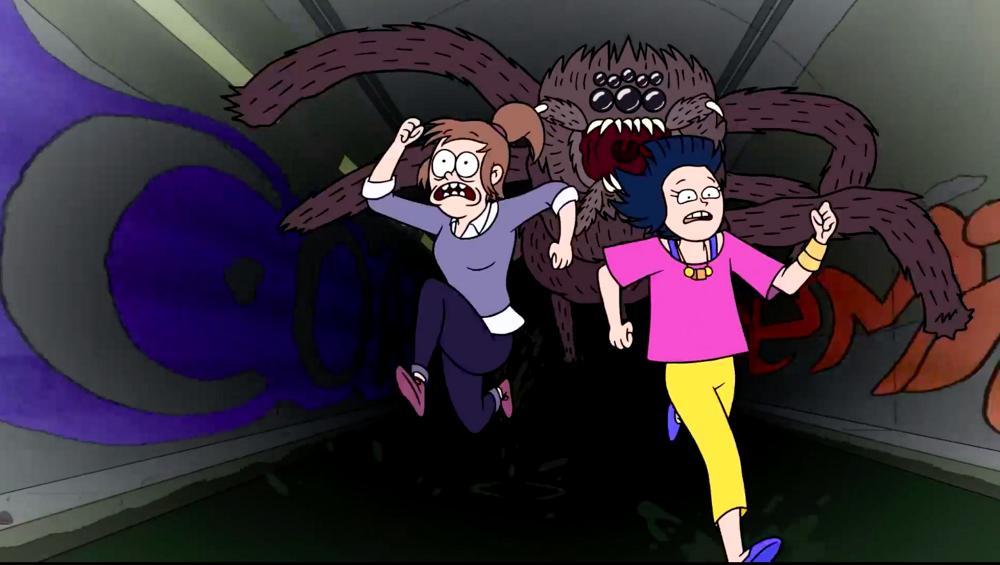 “I’ve finally switched over to Storyboard Pro for this show,” says the 2D animation die-hard. “I was holding out and using Post-its on paper forever. It’s funny, because it has burned into my work habits: I actually draw on the tiniest iPad now, and I think it works at that size, although digitally you can make it a lot bigger.”

Quintel points out that unlike Regular Show, which was a storyboard-driven show, Close Enough is a script-driven one, and is written by a team of 10 writers before getting boarded and animated. “I felt like it gave us more control, but we wanted to keep what makes board-driven shows so alive and interesting to look at in terms of animation,” he explains. “We found a really good balance that makes for a really cool show. The writers’ sole purpose is to crack the story and come up with jokes and punch up scripts and make sure they’re as funny as can be. But on the flip side for the board artists, you can look for people who don’t spend as much of their time writing, but focus more on animation and drawing. It’s interesting to have two sets of people who are really strong in their specific fields and combine them together, as opposed to finding people who can do both. Then, you have trade-offs like they’re really funny, but not quite as good at drawing, or vice versa.”

Another big difference is that Quintel and his team have human characters to play with, instead of a blue jay and a raccoon! “In this world, everything behaves more realistically,” says the show creator. “This show is about maintaining a little bit of what was great about Regular Show. I really like watercolor backgrounds and things that look realistic, so that hasn’t changed. But as far as making it more palatable for an adult audience, we wanted viewers to see that these are people that they know and could hang out with. So, hopefully that will draw them in, before it gets to the surreal parts! My artistic sensibility hasn’t changed, and even story-wise what I love is taking a mundane relatable situation and ramping it up to 11. Taking it to places where you can’t even imagine.” 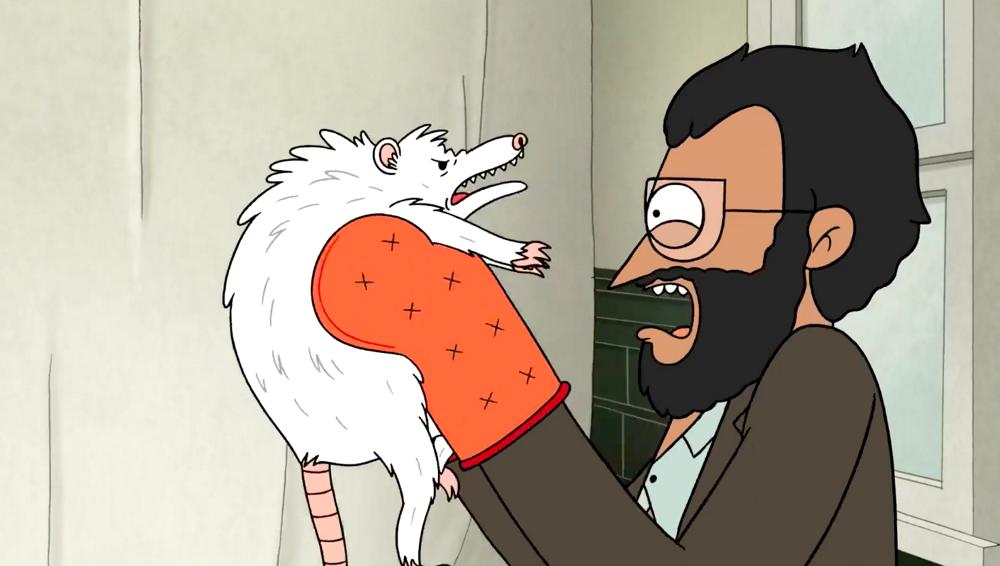 The animation veteran says he’s enjoying doing the voice of the main character on this show just like he did with Mordecai on Regular Show. “You know my range isn’t that great,” he says with a laugh. “I mean I can kind of do my own voice and that’s about it. So the funny thing is I’m going to keep doing it for this show as well.”

Quintel, who is now putting the finishing touches on the first season of the show, says he thinks it’s amazing that animation is the hottest game in town. “It’s great to see everyone is getting a crack at doing shows, and cool that more and more people are accepting animation as their first choice when they want to watch something,” he says. “Streaming services are gunning for more animation and trying many different things today and are not afraid to venture beyond the old traditional models. I think we’re going to see a lot of cool things that we’ve never seen before.”

He leaves us with these thoughts. “I hope that people who watch our show think it’s a really fun show about things they can relate to in their lives and they can relate to it,” he says. “I always write about my own personal experiences. There’s a lot of that in this show. It’s one of my favorite things when people say ‘Oh that happened to me’ or ‘I know that person’. It’s all about taking situations we have all dealt with and looking at it in a funny way.” 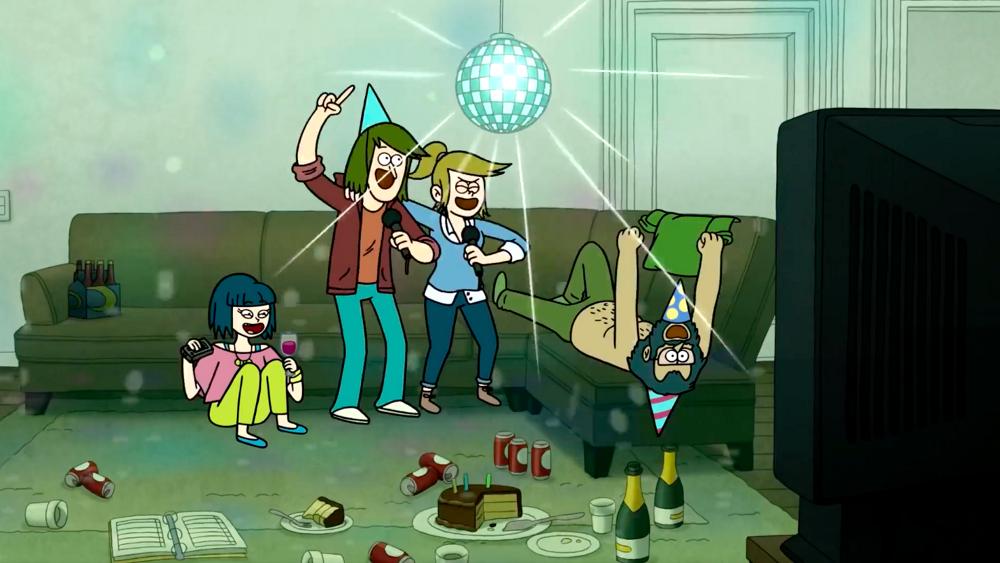