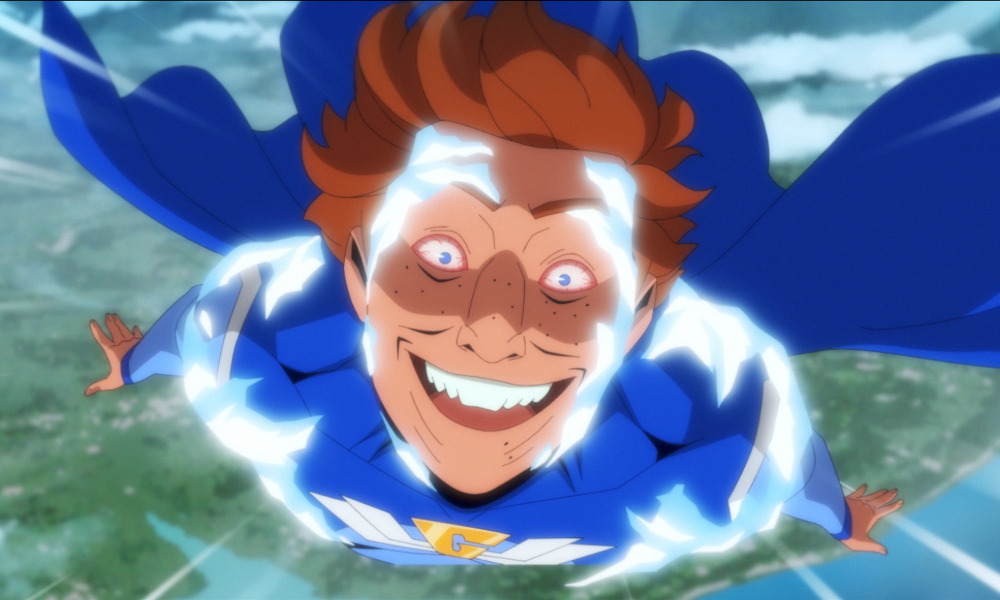 Superheroes have never been the same since the debut of The Boys, the hit Prime Video series that offers an unvarnished look at a world dominated by corrupt, corporate-backed superheroes. And The Boys won’t be the same after the debut this Friday, March 4 of The Boys Presents: Diabolical, a series of eight shorts that further explore the world of the show in ways that only animation can.

Each episode runs between 12 and 14 minutes, and runs a wide gamut of animation styles — from Looney Tunes to comic books to anime.

The project came together with The Boys executive producers Eric Kripke, Seth Rogen and Evan Goldberg wanting to produce a project during the COVID pandemic that could both promote the upcoming third season and serve as a kind of reward for fans.

Diabolical pulled a variety of animation styles for its eight installments, such as the anime-inspired designs of “Nubian vs. Nubian”

Doing Diabolical as an animation anthology was inspired by their love for The Animatrix and 1981’s Heavy Metal, says executive producer and showrunner Simon Racioppa, who had worked with Rogen and Goldberg previously on adapting Robert Kirkman’s Invincible comic to animation, also for Prime Video. 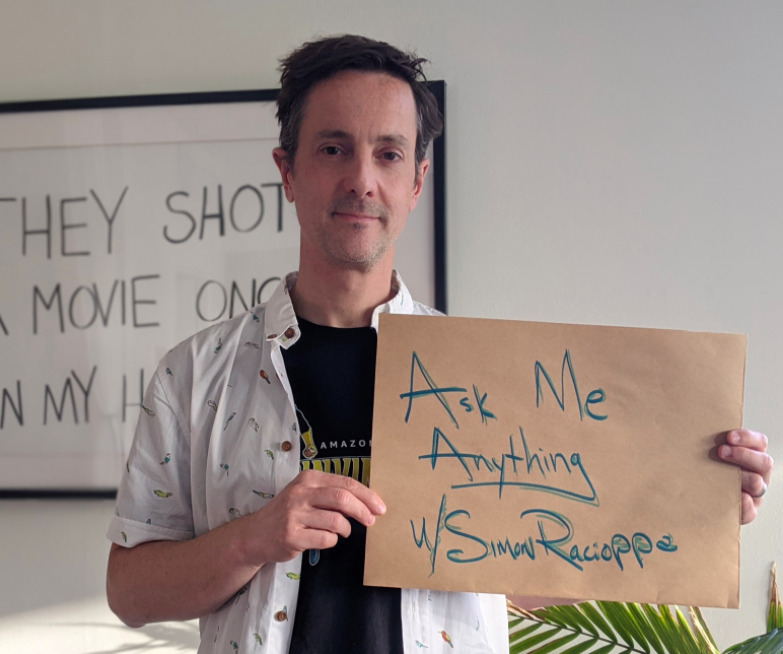 “The idea was that to go out to eight different celebrity friends of theirs — writers, people who they knew were fans of the original show — whose work we liked in different ways, and see if they were interested in writing an episode of a short, that we would then produce,” says Racioppa, an animation industry veteran who has worked on a wide range of shows, including The Dark Crystal: Age of Resistance and George of the Jungle.

Each story took a different approach, which meant adapting the production to allow each to have its own visual style. “We made the decision early on, bit that bullet, even though we knew that would cause us massive, massive, massive pain down the line,” Racioppa says. ”But once we got everybody on board with that, everyone’s like: Okay, if we’re doing this, we’re doing this. Let’s do it right.” 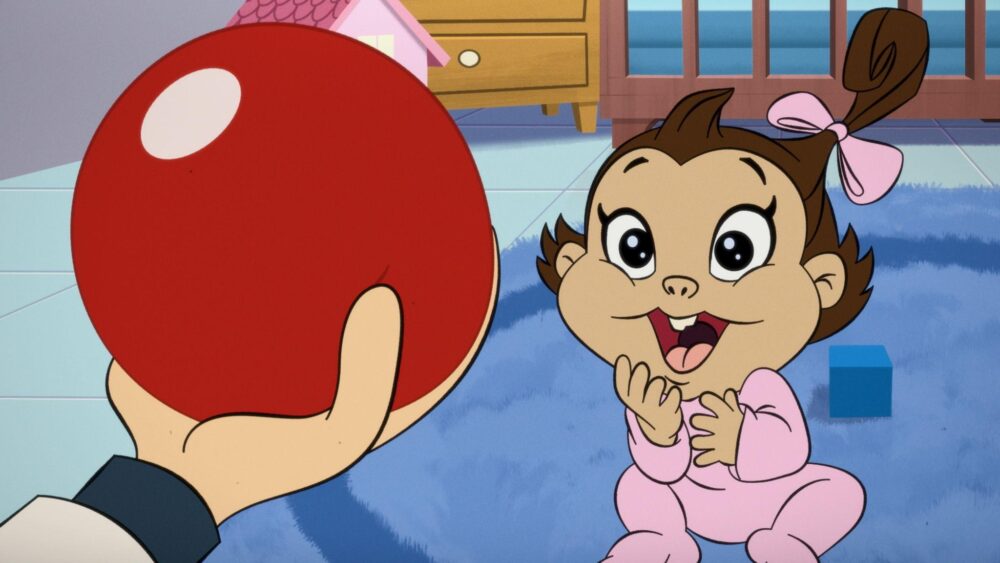 The next step was finding the right directors and studios for each short. For Rogen and Goldberg’s short, titled “Lazer Baby’s Day Out,” the idea was to pay homage to the classic Looney Tunes shorts directed by animation legend Chuck Jones. Racioppa says he knew early on that veteran animators and husband-and-wife duo Crystal Chesney-Thompson and Derek Thompson were the right choice to direct, as were another real life couple, Animaniacs composers Steven and Julie Bernstein.

“We try to tailor the talent to every episode, to match it as close as you can,” Racioppa says. “And, honestly, it was the only way we got it done.”

Home base for the production was prolific Los Angeles animation studio Titmouse, which handled everything in-house except the animation on each short. “Everybody was running in parallel, basically,” says Racioppa. “We were running all the episodes instead of finishing one and moving on to the next.”

Anyone who’s seen The Boys knows it’s definitely a series for adults. Raw language, cartoonish superhero violence and dark sense of humor are all hallmarks of the show, so the animation similarly was free to push those boundaries. “It had to be true to The Boys, and had to fit the world and be true to the characters — and part of that is going to those extremes, pushing that envelope, showing the real results of superheroes behaving badly,” Racioppa says. ”It just sort of came naturally — we didn’t really have to push it.” 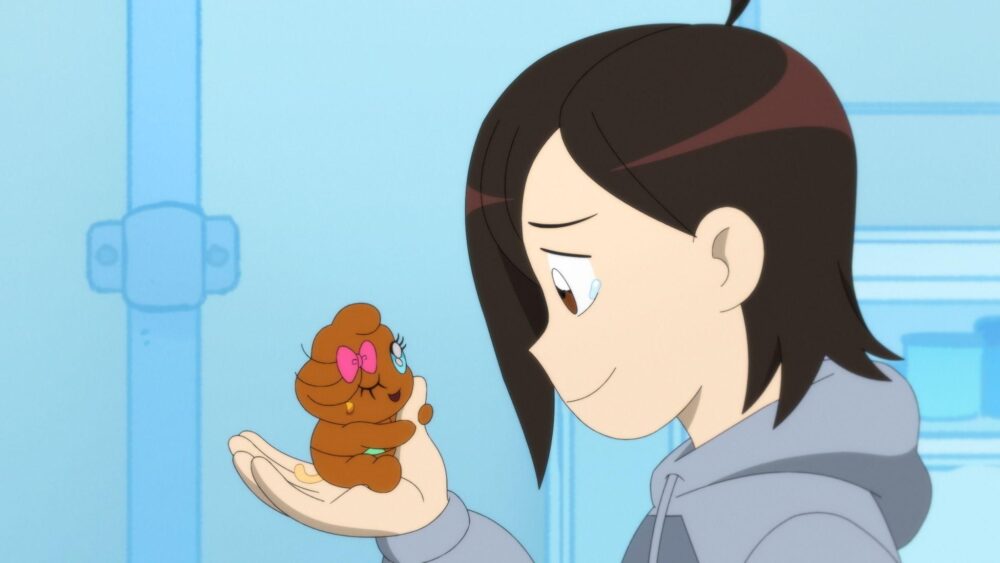 Awkafina voices a super pooper in “BFFs,” which she also wrote.

Take the episode “BFFs,” which was directed by Madeleine Flores and written by Awkwafina, who also voice stars as a lonely young girl who drinks some of the Compound V that gives characters in The Boys superpowers, and brings to life one of her, uh, turds as her new best friend. Or “Lazer Baby’s Day Out,” in which a superpowered baby escapes and wreaks havoc — happily exploding heads, chopping guards in half and blasting bloody holes in the guards trying to catch her.

The episode “I’m Your Pusher” was written by Ennis, who co-created The Boys comic book with artist Darick Robertson, and gave the comics legend a chance to do a version that was just a little more faithful to the original than the live-action show is. That means Butcher is clean-shaven, Wee Hughie looks like (and is voiced by) the character’s original inspiration, Simon Pegg, and the Vought logo matches the one used in the comic.

“Comic books are drawn a very certain way that works great for that medium, where there’s typically lots of rendering and shading and lots of sort of pencil mileage — which normally you avoid when you’re doing animation,” says Giancarlo Volpe, who directed “I’m Your Pusher” and was supervising director on the series. “So we had to find that balance between making it feel like the comics, the way that those are drawn, but making it animation friendly.”

The trickiest part of being the supervising director on the project was the quick turnaround, Volpe says. “We did basically 90 minutes of footage in less than a year, and with the different styles,” he says. “I think that’s what made it extra tricky, because it was kind of like making eight pilots all at once.”

“John and Sun-Hee” was inspired by Korean horror hits.

Not for the Faint of Heart!

The obligation to push the violence, language and humor was a refreshing change of pace, Volpe says. “We actually had a couple conversations that I’m not used to having, which is, ‘Did we go too far?’” he notes. “We wanted to make sure there were certain lines that we weren’t going across, you know, but hopefully the feeling is that it’s no holds barred.” 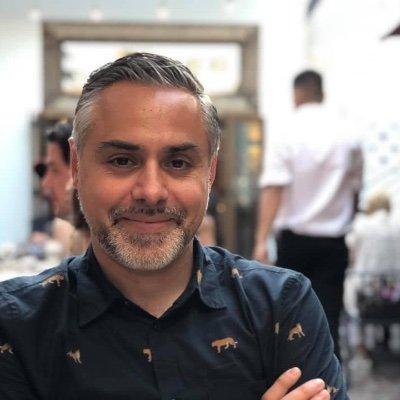 Volpe says he was a little nervous approaching Chesney-Thompson and Thompson about the project because they both had day jobs, but also because of the extreme style doing the short in the world of The Boys would require. “It’s like classic Looney Tunes with one minor tweak, which is if a character gets hit with a hammer, he doesn’t make a ’doing’ rubber sound — his skull will crack open and his brain fluids will spill out,” he says. ”Thankfully, they loved that … They felt that was actually truer to the original spirit of Looney Tunes.”

The Boys Presents: Diabolical premieres on Prime Video on March 4. You can find the previously announced episode breakdown here.