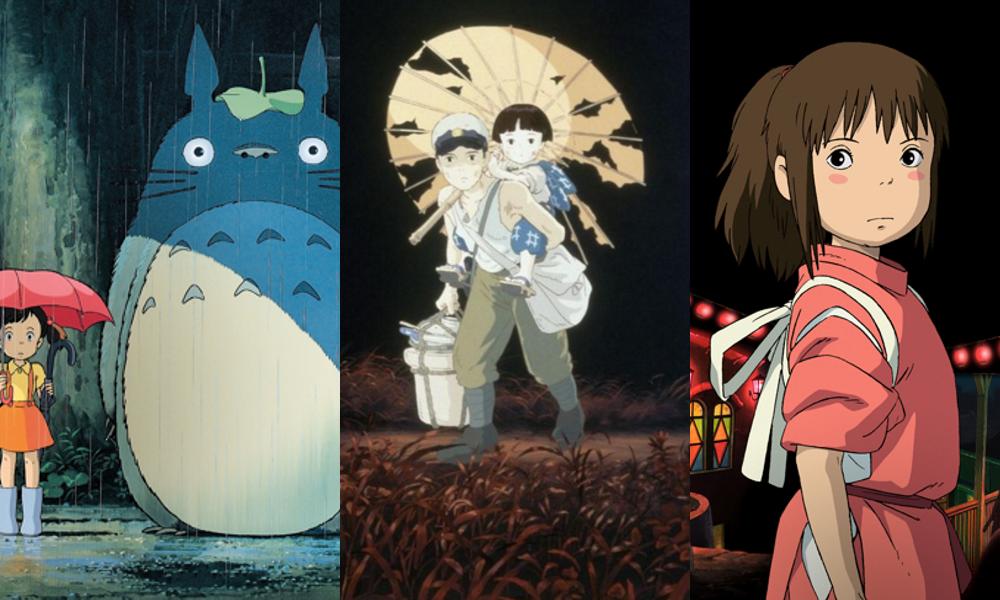 My Neighbor Totoro, Graveyard of the Fireflies, Spirited Away

While the Studio Ghibli library movies have been available on Netflix outside the U.S. since February, the film collection will officially debut on the new streaming service HBO Max on Wed., May 27, Stateside.

Founded on June 15, 1984 by visionary directors Hayao Miyazaki and Isao Takahata and producer Toshio Suzuki, Studio Ghibli’s classic 2D-aniamted features have captured the imagination of animation lovers during the past three decades. Studio co-founder Hayao Miyazaki received an Honorary Academy Award in 2015. The Academy Museum of Motion Picture plans to pay a tribute to his artwork with a special exhibit later this year when the Museum opens its doors in Los Angeles.

In related news, Toshio Suzuki offered his take on the current animation slate at Ghibli and its new stance towards streaming its movies in a new interview in Entertainment Weekly.

Suzuki told the publication, “I’ve been working in films for a long time. I always believed that films should be seen in movie theaters. We were very hesitant about expanding that even further [beyond] physical packages. What changed my mind was seeing Woody Allen make a film [Café Society, 2016] specifically for a streaming platform.”

Commenting on Miyazaki’s upcoming movie How Do You Live?, Suzuki noted, “Hayao Miyazaki is currently making a movie, but that takes a lot of time. And, of course, money. I actually said that’s not a great idea because he’s achieved so much already. You can’t come back and do something that you’ve already done in the past, you have to do something different…One of the ideas that came out from that was, why not spend more time and spend more money [to make a film]? So, that’s one of the new approaches.”

How Do You Live? (Kimi-tachi wa Dou Ikuru ka) is inspired by the early 20th century book by Genzaburo Yoshino about a young boy experiencing a spiritual journey when he goes to live with his uncle after the death of his father. “[For] the current film that Hayao Miyazaki is working on, we have 60 animators,” Suzuki said, “but we are only able to come up with one minute of animation in a month. That means 12 months a year, you get 12 minutes worth of movie. Actually, we’ve been working on this film for three years, so that means we have 36 minutes completed so far. We’re hoping it will finish in the next three years.”

The producer said he’s very pleased with the Ghibli library debuting on HBO Max as he has always been a fan of Warner Bros. properties. “Whenever I watch a Clint Eastwood film it says ‘Warner Bros…So, I’ve always wanted to work with Warner Bros. for a long time. The person in charge at GKIDS [CEO Eric Beckman] was very excited about this offer from HBO Max, especially them being the last to approach us. They sounded very enthusiastic and we felt that these guys would really appreciate our films and do great work with it.”

Suzukii also noted, “What’s unique about Ghibli films is they have this atmosphere of reminiscence. When you try to capture that with computer-generated animation, it’s going to look new and loses that sense of warmth, reminiscent atmosphere the film should have. I think with hand-drawn animation, it captures that. The animation technique actually connects with what’s captured in the story.”

Suzuki believes that the future of his studio is really dependent of How Do You Live? performs. “We’re looking at how people all around the world respond to this new work that he’s working on at the moment, and then the further future would all depend on that. However, at this point, my way of thinking is that I want to make films for theaters.”