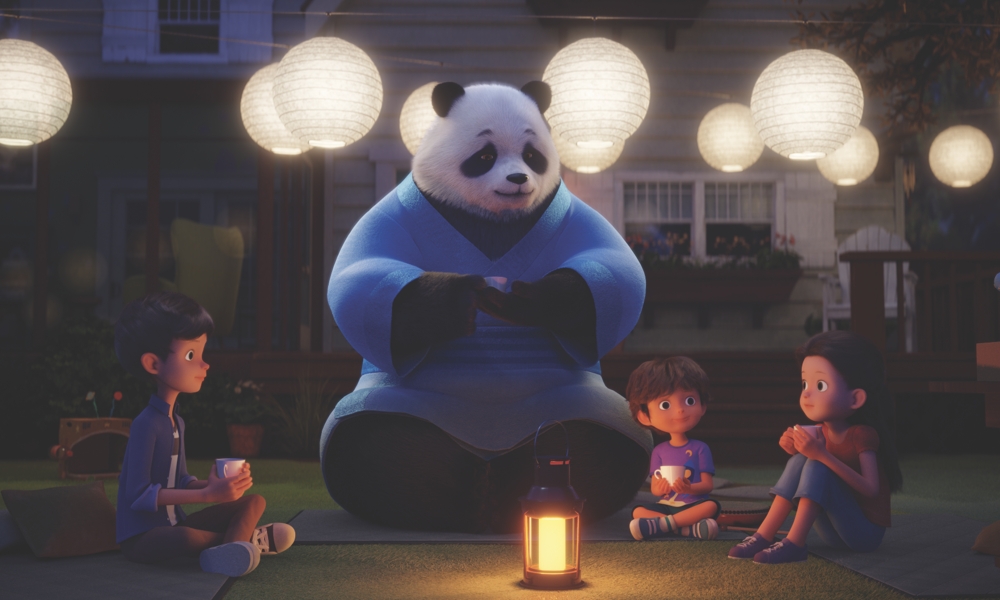 After making a splash with Doug Unplugs a few weeks ago, Apple TV+ continues its wave of high-quality animated shows with Stillwater, a lovely adaptation of Scholastic picture book Zen Shorts by Jon J. Muth. Produced by Gaumont and Scholastic Entertainment, the series centers on three siblings who live next door to a calm, Zen master panda. The platform has just released a first-look clip for the new series, premiering Friday, December 4, which you can watch below the article.

The show’s exec producer, Rob Hoegee (Niko and the Sword of Light, Slugterra) says his involvement with the property goes back to the days he read the book to his now teenaged daughter almost every day. “Jon J. Muth’s Zen Shorts was a beloved book in our family,” he recalls. “The message, the style and the quiet brilliance of the books always resonated deeply with me. These are important, timeless lessons about kindness, perspective and empathy told with humor, patience and beauty. In just reading the books, you can’t help but feel better about the world. To me, the books were at the start of the great interest in mindfulness we’re seeing today.” 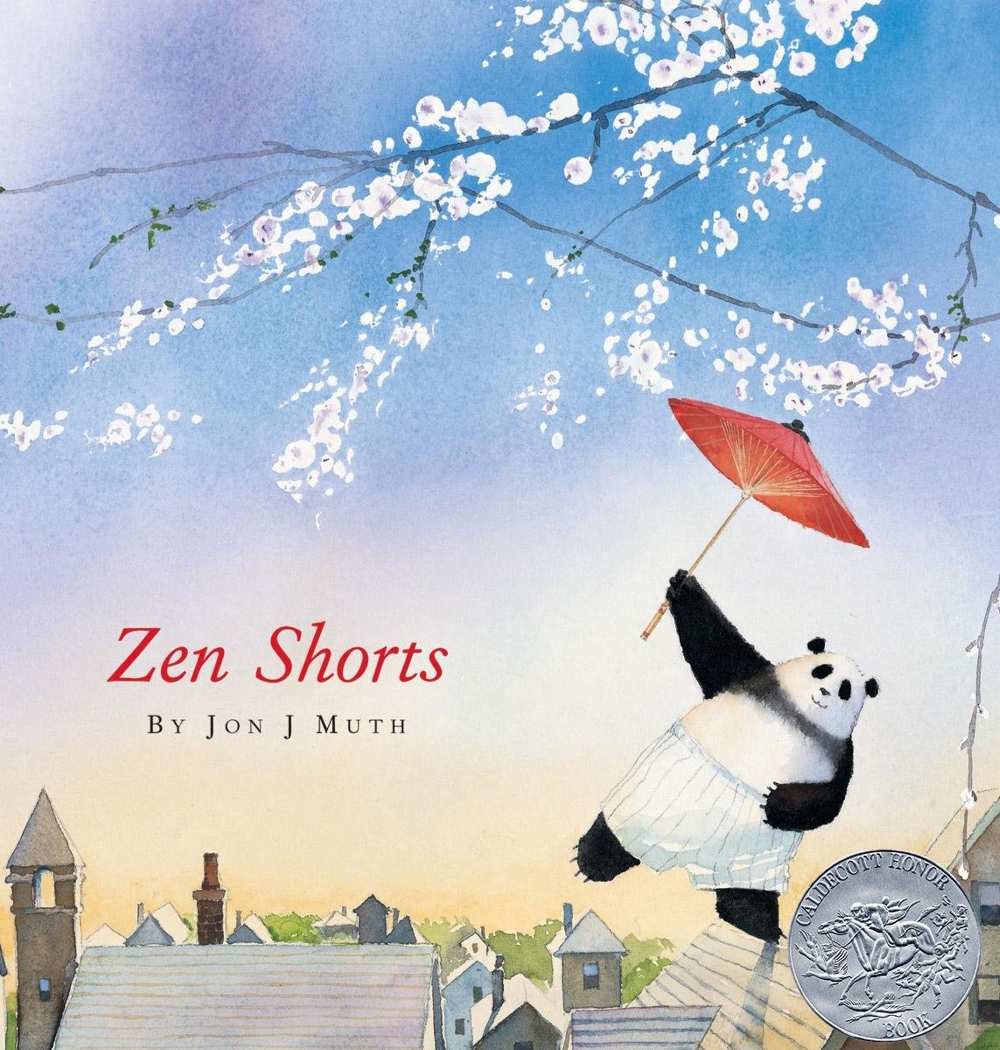 Hoegee says when Gaumont optioned the books from Scholastic, there wasn’t a single show that emphasized mindfulness. “When Terry Kalagian at Gaumont approached me, I very nearly begged to be given an opportunity to be involved,” he says. “This should have been a hard sell considering my background is in adventure-style shows, but along with Terry, Gaumont Television’s President Nicolas Atlan saw my passion and enthusiasm for the books. They put a lot of trust in me, as did Tara Sorensen at Apple.”

According to the exec producer, the writing stage of development was surprisingly quick. “I think all of us were surprised at how dialed-in we were with the scripts from the very start,” he notes. “This continued throughout the entire writing process – every one of my writers just seemed to ‘get it.’” 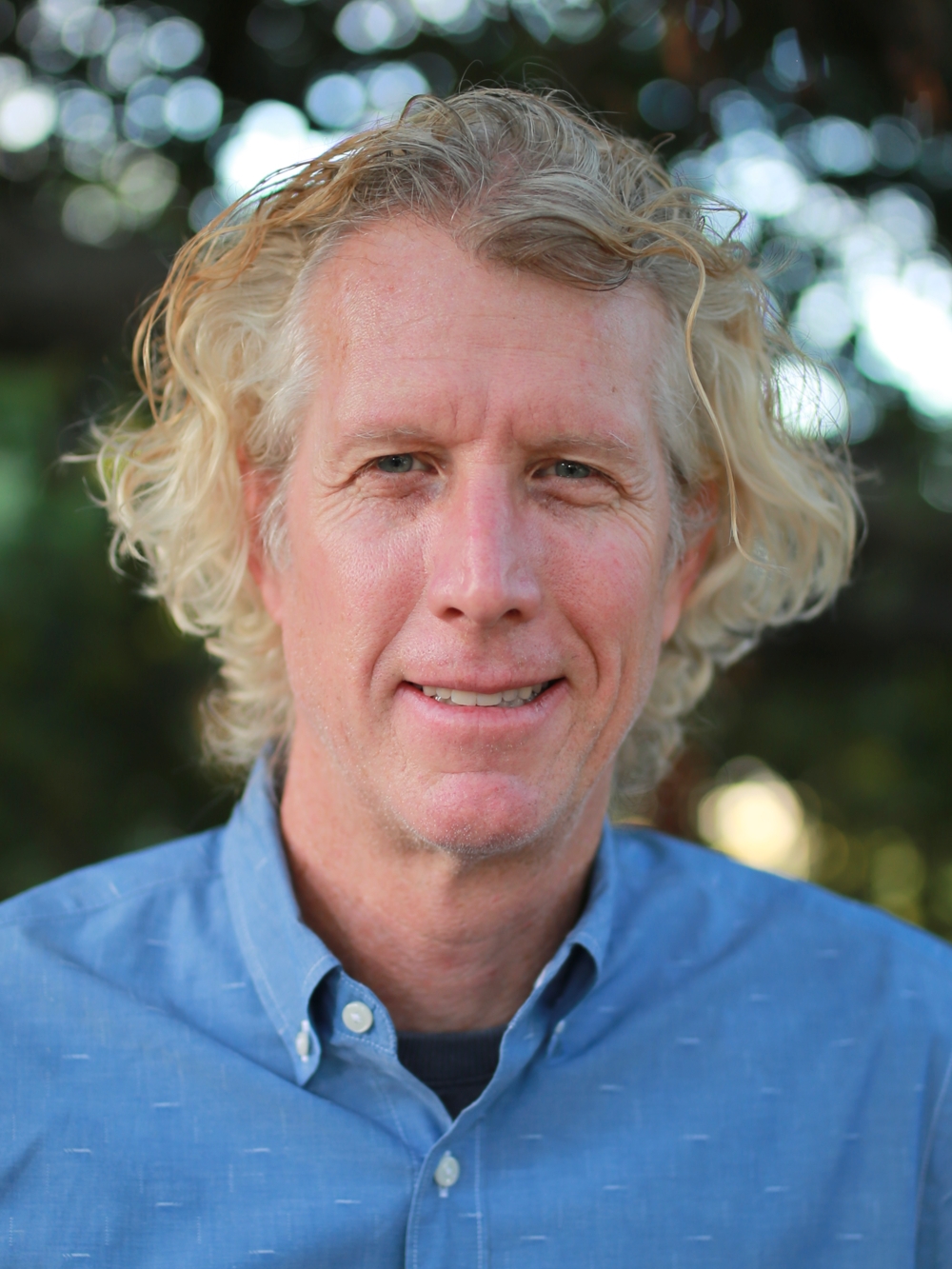 Hoegee points out that visual development was more of a challenge. “It was essential that we get the look right, and translating Jon J. Muth’s beautiful watercolors to a CG animated world took some doing. It was a tricky balance to evoke the style and feelings of the originals while creating our own visual language. We found that we could do this with a blend of cinematic compositions and refined character acting.”

Since Stillwater is a giant furry panda, the CG character was going to be the biggest hurdle. “There was really only one studio we even considered, and that was Japan’s Polygon Pictures,” says Hoegee. “Given the Zen foundation and subtle Japanese elements, it also made a lot of sense to have a Tokyo-based studio involved. Excepting some of their proprietary rigging software, most of the show is done in Maya.” 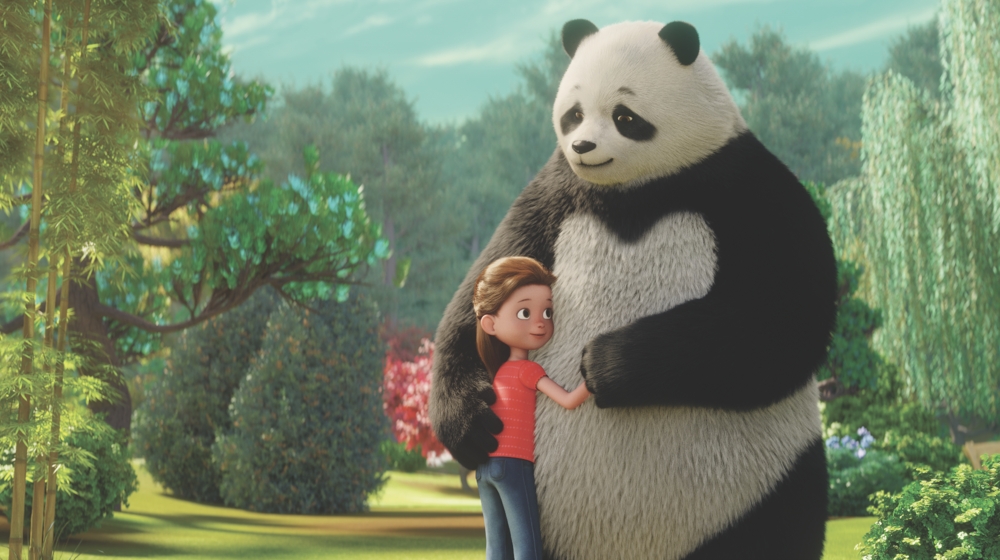 Visual development for the show followed a two-path approach.  Hoegee explains, “Our art director Tommy Kim, who is also an accomplished plein air painter, would bring his sense of light and color to our world, and series director Jun Falkenstein, would bring her years of experience in feature animation to shape the characters and the overall look.  Jun has given us what I would call an effortless sophistication.  Simple and ‘Zen,’ but at the same time extremely cinematic.”

According to exec producer, Stillwater is a show that the audience needs to connect with in a deep and meaningful way. “It needs to feel ‘real,’ but at the same time, we didn’t want it to look entirely photo-realistic – that would be too far of a departure from Jon’s books,” he adds. “A lot of this we would do in the scripts by crafting relatable stories, but we rely just as much on subtle, genuine performances from our animated characters. It’s all about finding the truth of each moment.”

Another interesting aspect of the show is that the creators had to figure out how to blend two different story levels in each episode. “Stillwater tells stories, known as koans, in every episode, which are metaphors for the lessons and wisdom he shares,” says Hoegee. “In the original books, Jon J. Muth did these largely in a stylized ink brush technique. Our approach would be to use traditional animation to capture these moments. We are using the French studio Folivari for this part of the show, and they are doing some truly beautiful work. Toon Boom Harmony is their main platform, supplemented with hand-drawn animation and After Effects. We feel completely transported when we transition to the koans – and in a way, it even helps to make our still-stylized CG part of the show feel even more ‘real’ in contrast.” 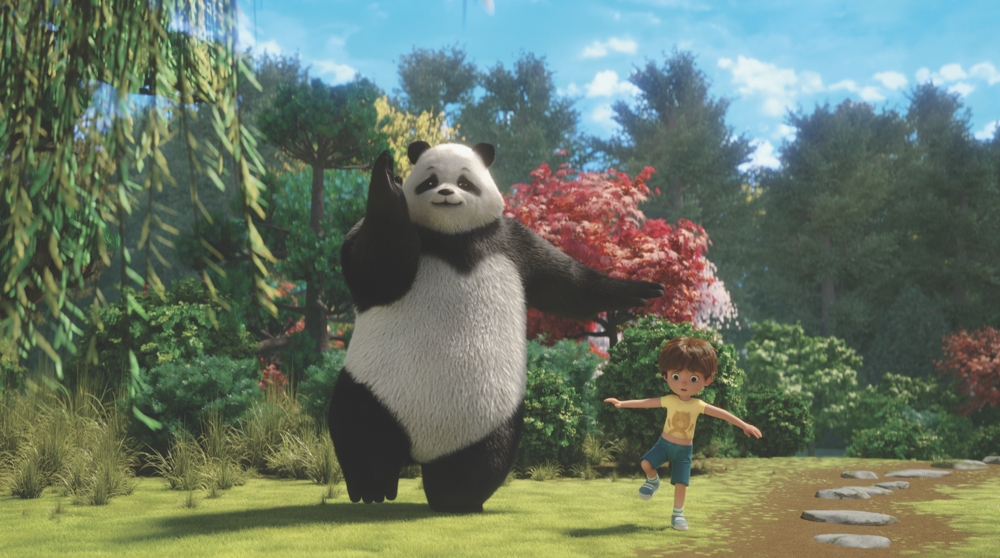 Hoegee says Gaumont Animation was committed to doing as much work locally as they could, so in addition to episodic directors and storyboard revisionists, most of the art department was in-house. “It was a huge advantage having everyone under the same roof as we got started,” he explains. “There was a genuine ‘we’re all in this together’ feel. Everyone involved loved the show and what we were trying to accomplish. I can’t tell you how many times we would hear people on the crew saying, ‘I need this show.’ Not just to have out in the world, but to be a part of making it.”

Like many of today’s animation professionals, the Stillwater team had to deal with the limitations of working in a pandemic-challenged world. “One of the challenges we had was that just when we were really starting to find our groove, COVID hit and we shifted to work from home,” says Hoegee. “As many folks in animation quickly figured out, this wasn’t as big a challenge as we had anticipated, and it turned out to be a completely viable way to work. We made that transition ourselves rather seamlessly.” 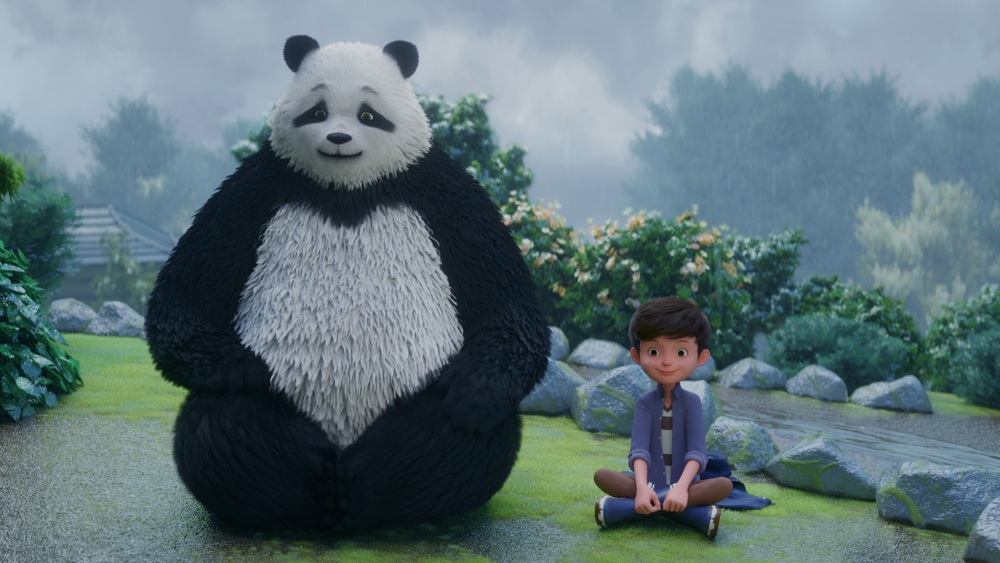 Hoegee  believes we are all witnessing a new golden age of animation.  “I feel particularly proud to be part of it,” he admits.  “The content landscape has changed dramatically in the last few years and I think we have streaming to thank for this.  It used to be that your show was either blatantly educational or driven by consumer products—if it didn’t sell a toy or teach something, it wasn’t worth the effort.  Now it’s much more nuanced, and for many the most important mandate is to simply make the very best shows they can. This is incredibly liberating for artists, writers and creators. Apple has been a great partner for this – and for that very reason.  They share our love for the show and our mission to make something special.  Gaumont and Scholastic recognize this too and have been wonderful partners.”

The exec producer mentions that when he and the team started developing Stillwater over two years ago, they knew it would be something the world needed. “Little would we know our premier would happen in the midst of a global pandemic,” he says. “We hear the word ‘mindfulness’ used a lot nowadays — perhaps as a reflection of a genuine need we have in these uncertain times. We wanted Stillwater to be a useful show that gives children and parents actual tools they can reach for. At the same time, we didn’t want it to be pedantic, preachy or a how-to. Instead, we do this by telling stories that form connections. In a way, that’s the oldest form of healing there is.”