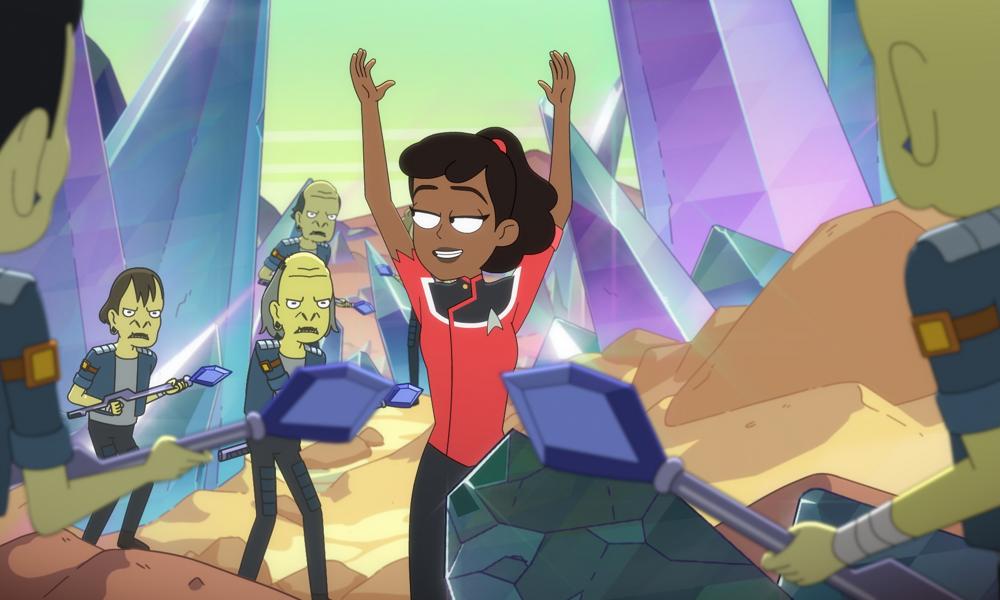 Imagine being the successful showrunner of Adult Swim’s popular toon Rick and Morty, and you take a casual meeting with Star Trek franchise exec producer Alex Kurtzman. After chatting with you, he loves your idea for an animated comedy spinoff of the sci-fi property so much that he decides you should go ahead and do it. That’s exactly what happened to toon veteran Mike McMahan, whose other hot new sci-fi show Solar Opposites recently got greenlit for two more seasons on Hulu.

McMahan, a huge sci-fi fan and Star Trek aficionado, says he jumped at the chance to pitch his ideal animated scenario, a spinoff that would focus on the support crew of the U.S.S. Cerritos in the year 2380 to the CBS All Access team. “Years ago, when I was just starting out, I used to write Star Trek scripts on my own, not even thinking about who was going to make them, since this was long before the resurgence of the franchise,” he tells Animation Magazine in a recent phone interview. “I even had a Twitter Star Trek parody account. I love the fun side of Star Trek and all the amazing characters. So I pitched my idea about what I would love in a Star Trek show, and [Kurtzman] said, ‘Looks like we have another Star Trek show on our hands!’ It was nice because I went into the meeting not thinking that I had to pitch anything. I thought I was just going to talk to them about animation. I am always happy to take meetings to chat about animation and demystify it, and let people understand that it’s very similar to any other collaborative creative project.”

That was in January of 2018, right before McMahan became the showrunner for the fourth season of Rick and Morty. “I thought it was part of a development deal and I was just having so much fun, and you never think the shows will get picked up, but then Solar Opposites got picked up and a few weeks later, Star Trek was greenlit for two seasons. When I was writing Star Trek, I was getting cuts of Solar Opposites. I got a crash course of doing everything remotely because I loved both shows. Of course, I had to step down from doing Rick and Morty, and the gears were all put into place in order to do both things at once. I don’t get a lot of sleep, but I get to do what I love!” 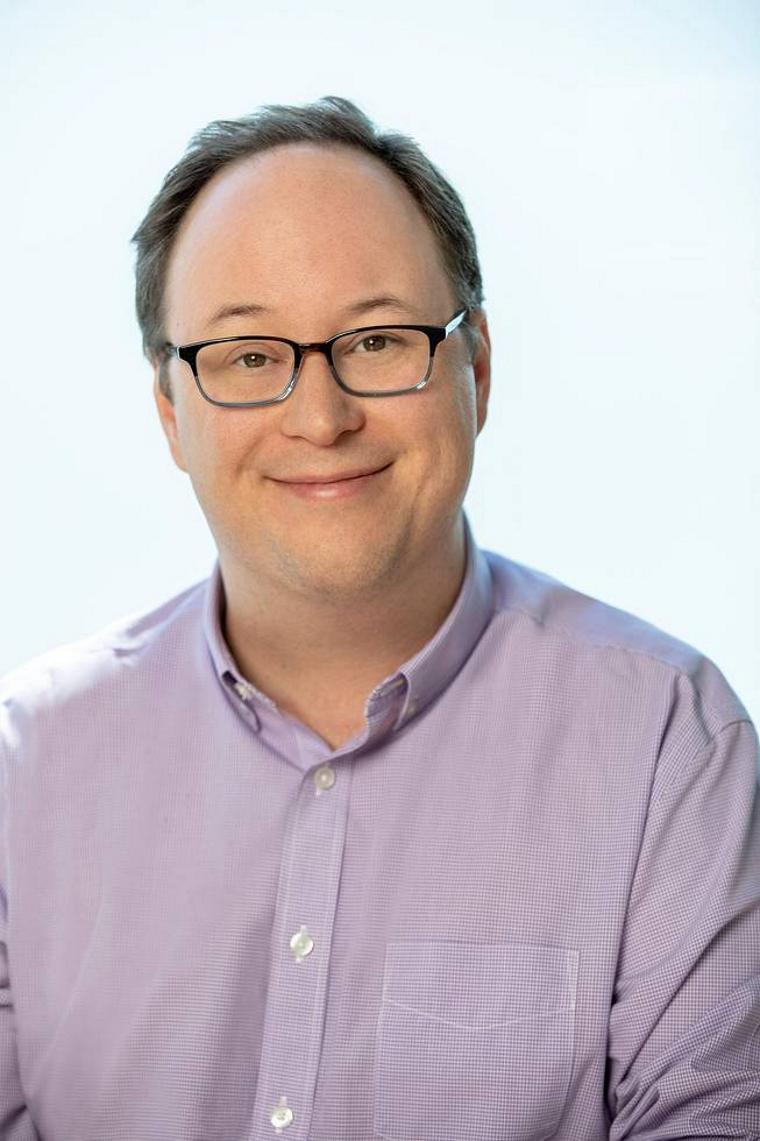 The show’s animation is produced by Titmouse at both its L.A. and Vancouver studios. “I went up north to visit them, and they do a fantastic job. I really love [studio head] Chris Prynoski and everybody that I worked with at Titmouse. I was a big fan of them for Venture Bros., so I was nerding out to be working with them.”

McMahan says he is a huge fan of ’90s era Trek, and that’s why he set the show in the year 2380. (Star Trek: The Next Generation was set in 2364.) “In this show, you get everything you want from Star Trek,” says the exec producer. “Mysteries, adventure, ethics, honesty and morality. We are very careful not to break anything. We are definitely not making fun of Star Trek and you can definitely fit Lower Decks into a proper timeline of all the other shows and movies in the franchise.”

Part of the challenge for McMahan and the team was creating Starfleet officers that feel like they don’t undermine the existing work that people have done to create characters in the Star Trek galaxy, but they’re characters that audiences haven’t seen before. “They had to have points of views that create comedic tension and situations. Setting the show in part of the ship that we’ve only seen a couple of times in a couple of episodes — the lower decks where you have the least important people on the show — allowed us to do so. In fact, the episode titled “Lower Decks” from TNG is by far one of my favorite Star Trek episodes. I thought, why don’t we make a show about these characters?” 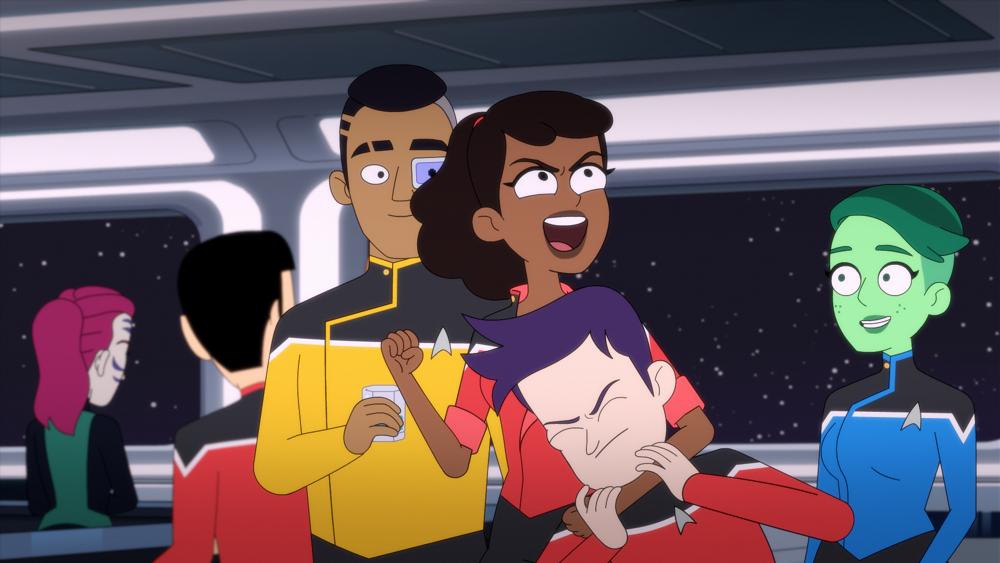 McMahan points out that the world of Star Trek is open to all kinds of characters and personalities. “Kirk is very different from Picard, which means Starfleet takes all kinds of people, and the people we have on Lower Decks are just very funny to watch!”

The show designers and artists also had an interesting dilemma. What would this new animated version of Star Trek look like? “We wanted the show to look like it would fit in a primetime animated comedy block, but it’s not scatological — it’s Star Trek,” says McMahan. “As an added nerdy element, all the sci-fi for the show needed to look legit and imbue the show with this sense of wonder. The humans needed to look relaxed and comforting, kind of like Matt Groening’s Life in Hell comics. So, the look of the show had to be a mixture of honest Star Trek fleet designs and broad, comedic, adult primetime animated visuals.” 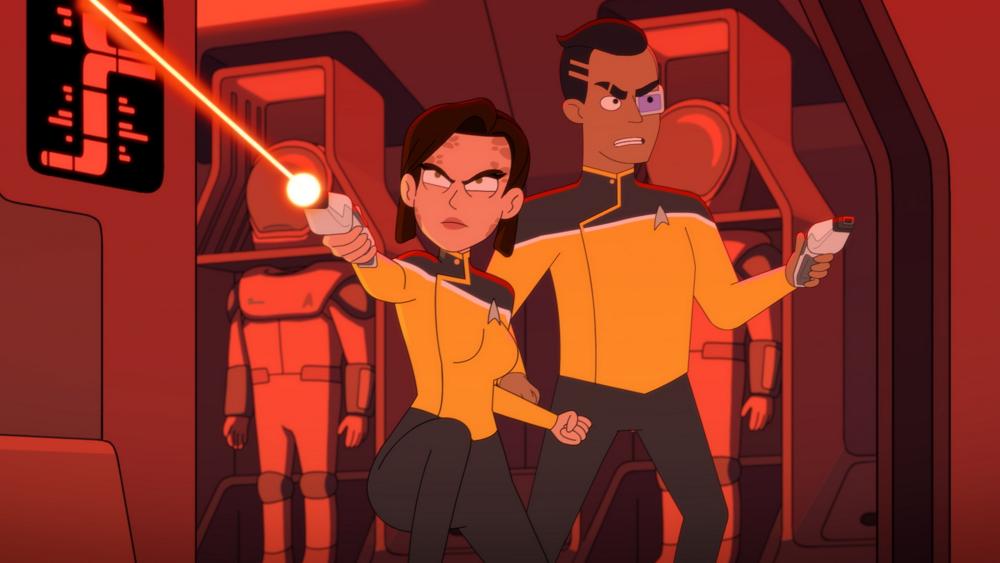 Fans of the original series will be happy to know that McMahan and his team of writers and designers have packed each episode with lots of winks and throwbacks to all the many Trek TV shows and movies that have come before. “There are so many references you can make a VH1 Pop-Up Video for the series,” he says. “At the same time, you don’t really need to know much about the original show to enjoy Lower Decks. They will feel just like science fiction texture in a world that the characters understand.”

McMahan, who won an Emmy for the “Pickle Rick” episode of Rick and Morty in 2018, says he and his 10 writers on the show loved doing their homework and watching old episodes of the series for research and inspiration. “Who knew I was going to be able to play in this playground?” he asks. “So, now I’m going to play the s*** out of it. I’m going to have as much fun as I possibly can. I will probably never ever get my own dramatic Star Trek show, so if they are going to let me play with the toys, I’m going to play with them! Even big fans will have to watch it multiple times to get everything. There is one reference in the whole season that you will only understand if you read all about the history and making of the show. It’s not even in the final screen — it’s about the development phase!” 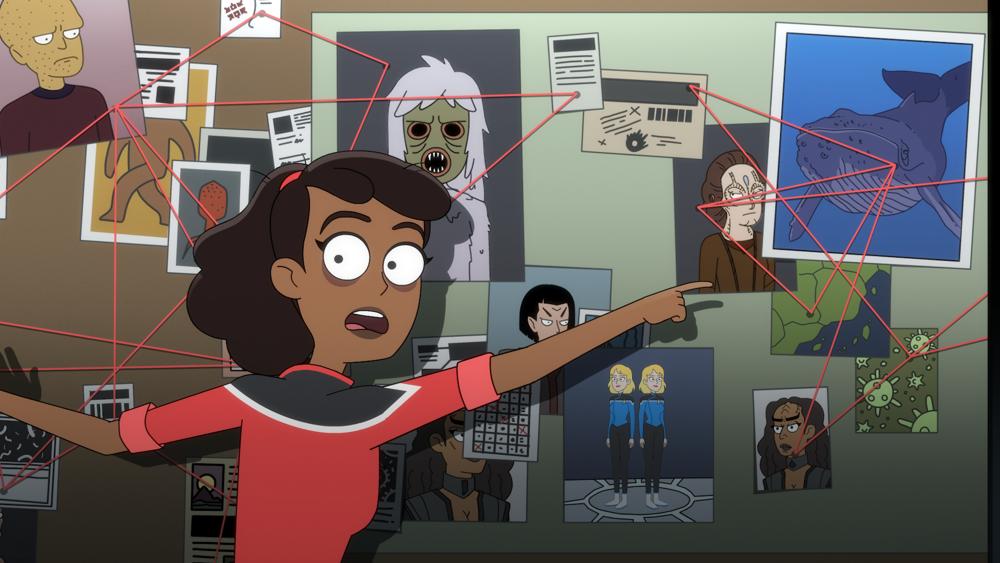 “One of the great things about having our writers and art team work in the same office is that we were able to collaborate on many of the details of the show,” he says. “For example, we all know what Klingons look like in the live-action show. But we tried to push that look beyond that guy-in-the-costume look, because we are animated. We can make Klingons look even cooler!”

As McMahan gets ready for the world to discover his new animated take on a world imagined by Gene Roddenberry 54 years ago, what he hopes for the most is that audiences will enjoy the ride. “I grew up loving the characters in Star Trek, and I really love the characters we all created and the stories we are telling about them,” he says. “I thought we knew what we were doing in the beginning, but as we kept watching, it became more and more Star Trek than I thought possible. By the end of the first season, I love them so much that I can spend years with them. So, I really hope whether you know a ton about the show or you can’t tell the difference between Star Trek and Stargate, you’ll fall in love with these new characters and their stories. I hope the show engages you, no pun intended!”

Star Trek: Lower Decks will premiere on CBS All Access on August 6.