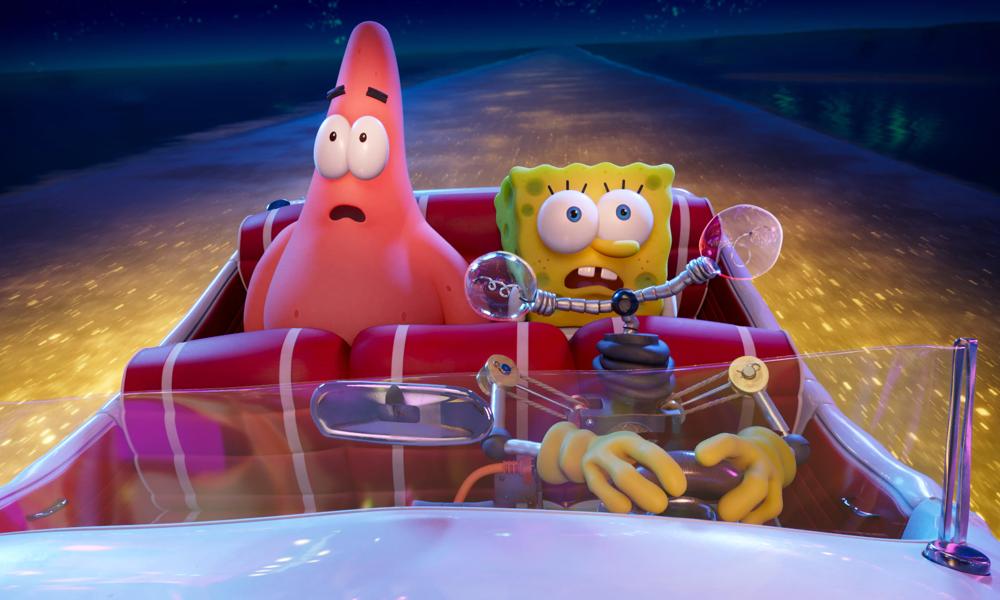 Mikros Animation is celebrating the global streaming debut of The SpongeBob Movie: Sponge on the Run, available on Netflix on November 5 in every country except the U.S. and Canada.

Canada enjoyed a theatrical run of Paramount Animation/Nickelodeon Movies’ third feature adventure for the absorbent yellow hero (and first using full 3D CGI, courtesy of Mikros) back in August, while U.S. audiences are waiting for a direct-to-digital debut early in the new year through PVOD and CBS All Access.

“We are thrilled that this movie directed and written by Tim Hill will be having a worldwide release through Netflix,” said Simon Vanesse, Managing Director at Mikros Animation. “We are so proud to have been entrusted by Paramount Animation to bring the latest adventures of SpongeBob and its universe to life in the first-ever, all-CGI feature animation.”

The SpongeBob Movie: Sponge on the Run is all about fun, adventure, inventive environments and lovable characters. It’s the latest chapter in a global phenomenon spanning over two decades, about an incurably optimistic sea sponge and his pals in the magical and delightful world of Bikini Bottom on the seafloor.

“As a first in the series with fully-rendered CG animation, it was quite a challenge for us,” commented Marie Balland, Head of Production, Mikros Animation Montreal. “We worked very closely with Tim Hill and his team to ensure that the translation o the look from 2D to 3D animation would be done in full respect of the franchise, while developing a new and richer look that does really immerse the viewers in Bikini Bottom and the Lost City of Atlantic City.”

To stay true to the TV show, the artists adopted a differentiated style to animate the characters and the environment on twos. Creating the environments in “almost” full CG required a deep stylistic exploration and redefinition of shape language and visual codes. This, in turn, allowed the Mikros teams to create new colorful and contrasted landscapes with a high level of detail:

“In the TV series, the sand in Bikini Bottom has some splotches and splatters of paint. The 3D animation reveals that the splatters are actually little pebbles,” explained Rachel Tiep-Daniels, Animation Production Designer at Paramount Animation. This effect was achieved through an organic mix of high-tech and traditional techniques, combining strong asset building philosophy, workflow flexibility and visual inventiveness.

Preserving the spirit of the original series and the individuality and personality of each protagonist made the design and animation of the character very demanding. The rigging phase was complex and dense, as most of the characters are unique. The team at Mikros Animation had to rethink the crafting of the 3D characters: they used stepped animation to avoid any motion blur and smooth effects, whilst also using movable limbs, 2D shapes, animated FX and shading transfers, so that the characters could act, move, deform and do all kinds of crazy stunts!

“Tim Hill really understands the world of SpongeBob. He has the franchise’s DNA but he still let us, the artists, loose. So we all had the opportunity to propose our own artistic approach, which he and his team would then approve or not,” said Jacques Daigle of Mikros Animation Montreal, who was animation supervisor on the film. “As an animator, this type of movie comes only every five or 10 years in a career. We laughed a lot while working on this visual feast of color, comedy and fun.”

The joy of working on this feature animation was put to the test by the global pandemic. When “safer at home” policies started being implemented in spring 2020, Mikros Animation was able to deploy the necessary solutions within days to allow their artists in both Montreal and Paris to work from home securely. Beyond the technological challenges and the lockdown conditions that evolved over the following weeks, the studio was able to have more than 240 artists in Montreal and in Paris dedicated to the SpongeBob movie and its marketing assets, working from home. The project was fully completed under lockdown conditions, not only in full collaboration with Mikros’ transatlantic studios, but also with Mr. X, which handled VFX, and Technicolor Post-Production for grading.

Read more about the movie in our feature story from the June-July issue of Animation Magazine here.