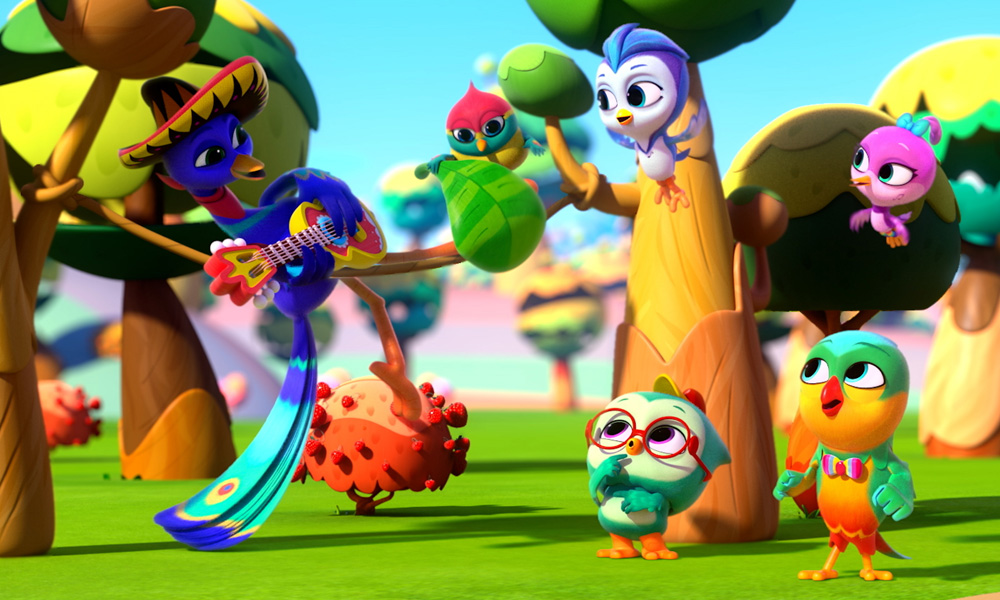 Amazon Prime Video’s preschool lineup gets a big musical boost as Gaumont Animation’s charming new preschool show Do, Re & Mi hits the right notes on the streamer this month. The show, which follows the adventures of the three titular best bird friends, aims to teach kids about music while entertaining them with their colorful adventures at the same time.

The series, which is the brainchild of Jackie Tohn (American Idol) and Michael Scharf (The Moon and the Son: An Imagined Conversation), along with Ivan Askwith and Kristen Bell, evolved quite organically as the extension of the friendship between Tohn, Scharf and Bell. Tohn and Bell also voice the characters Re and Mi, respectively, alongside Luke Youngblood (Galavant, Fast & Furious: Spy Racers) as Do.

As Tohn tells us, “Mike and I had been friends for a couple years when he asked me to meet him at a coffee shop on Sunset Boulevard in 2014 to talk about a project. We hit the ground running that day, with Mike sketching and drawing nonstop, and me and Dave Schuler working on songs. A few months later, I showed the art and music to my best friend, Kristen Bell, to see if her daughter, who was two at the time, responded to any of it. We needed that kid’s feedback to see if we were on the right track! Kristen loved the idea and got on board.” 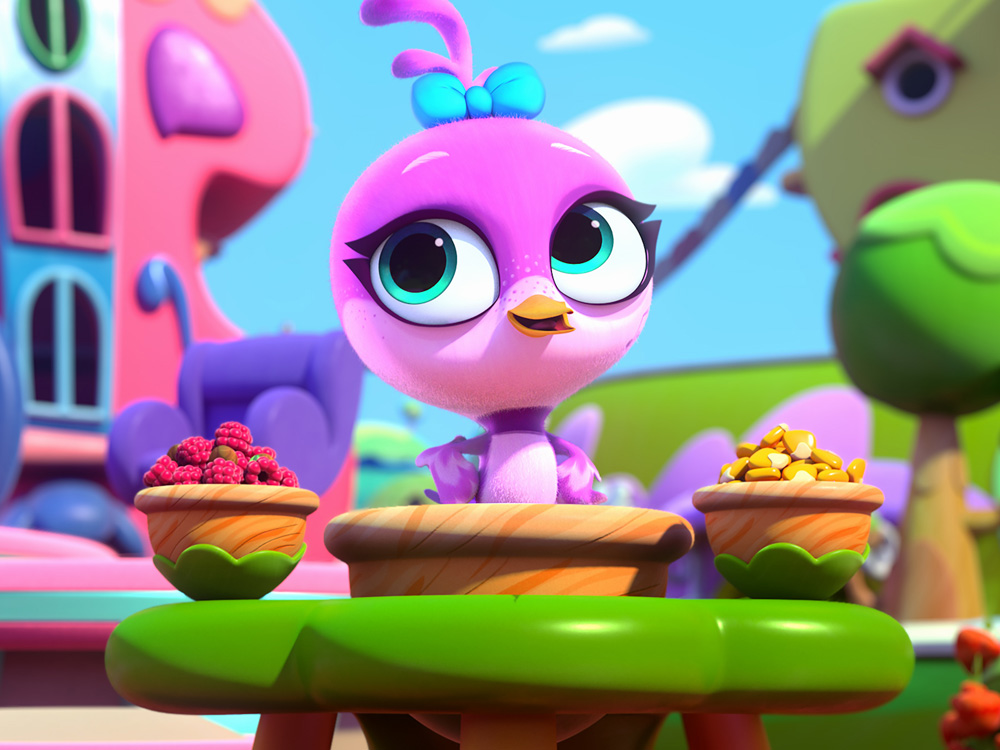 “The biggest inspiration for the show (for me) was my mother,” says Scharf. “My mother wanted me to be a classical pianist. In Pre-K I was enrolled in Kindermusik, followed by years of classical piano, choirs, acapella groups, trumpet and even theater camps. I was never the most talented musician — always third chair — but I enjoyed it, and the value of those musical experiences was further reinforced by the books we read and the educational experts that we consulted to develop our pitch. The seeds from a childhood of music education set a solid palette for all of our amazing team to paint with.”

Gaumont Animation (Samurai Rabbit: The Usagi Chronicles) became involved with the project in 2016, and helped develop the show that was picked up by Amazon Prime Video in 2019. “Everything is about the music for this show and I loved that we had lofty goals from the very beginning,” says Terry Kalagian, exec VP, Gaumont U.S. “We wanted to introduce the language of music into each episode, in an enticing and irresistible way. We also wanted to share many different genres of music with the audience. We wanted the music to appeal to both kids and their parents, and I am joyful and grateful to say that it does this in spades. I can’t wait for everyone to watch!” 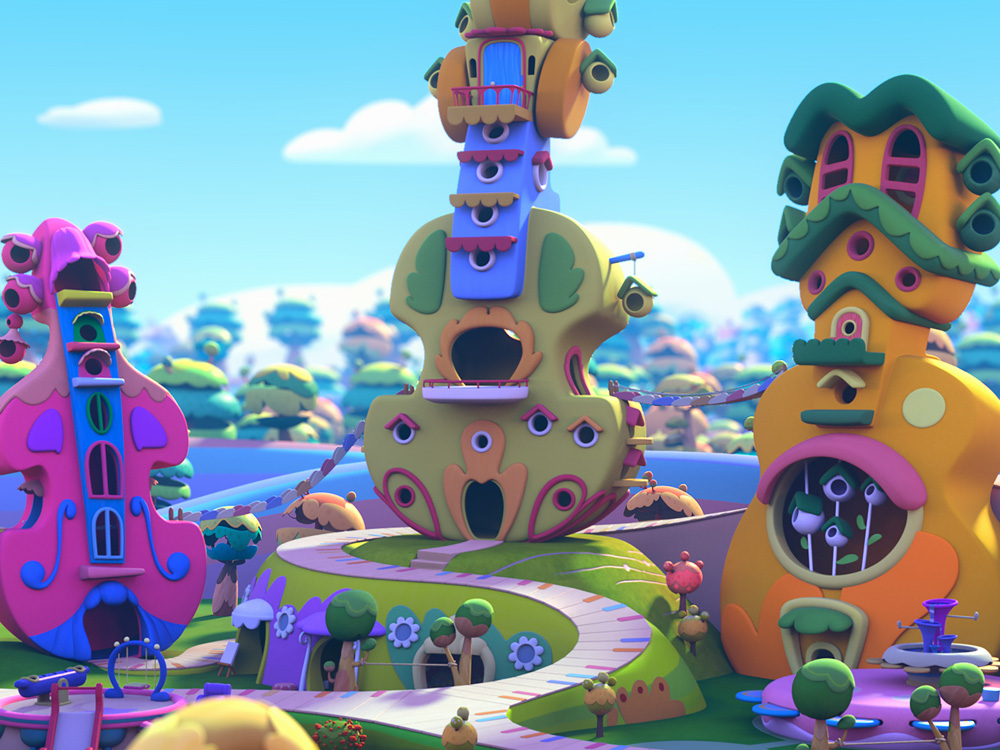 Scharf and Tohn both point out that they were very alarmed about how arts and music education was being cut in schools. “It was happening to our nieces and nephews, and we knew it was happening all over the country,” says Tohn. “So bringing music education into the homes and hands of as many kids as possible was one of the major inspirations for the show. That was our mission then and it still is today. Music was such a massive part of our lives as kids and we wouldn’t be who we are today if we were deprived of it as kids.”

Tohn says one of the most challenging and rewarding aspects of writing the music for Do, Re & Mi was that every episode featured a musical genre, a music lesson and a life lesson. “Dave and I had to incorporate all of that into each song. It wasn’t easy but it was so satisfying,” she adds. 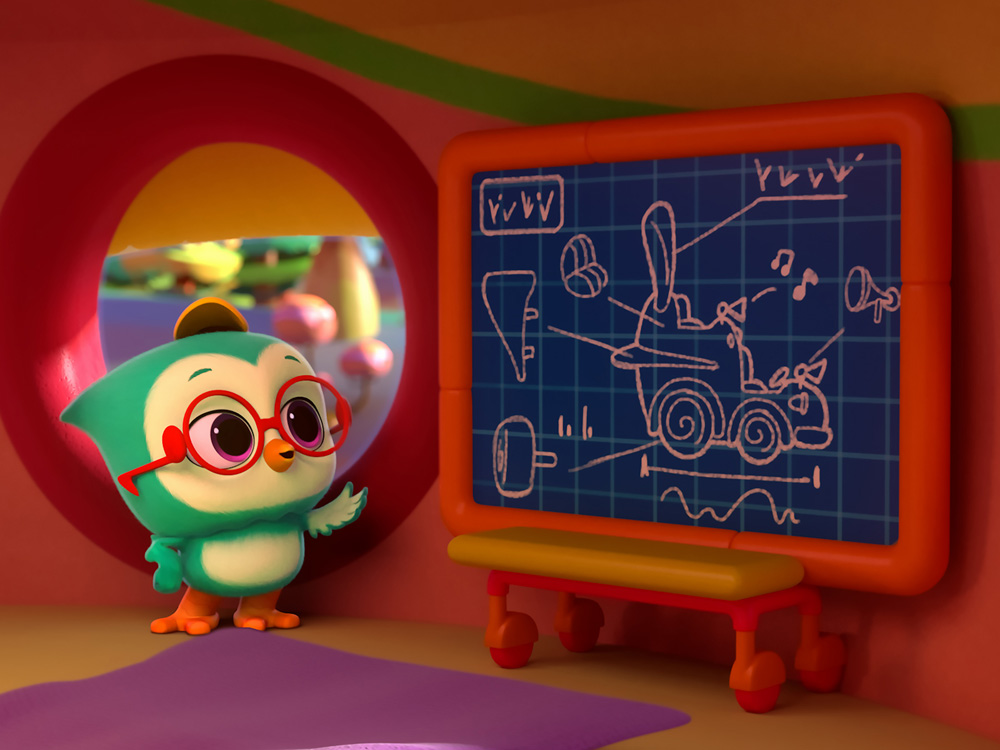 The design and overall direction of the show was executed by Gaumont Animation’s Paris studio. “The animation (no layouts, lighting and compositing) however was done mainly with 88 Pictures in India,” notes Scharf. “I’ve been a big fan of 88 Pictures’ work, and when Gaumont’s Nicolas Atlan [President, U.S.] informed us they would be handling the 3D animation I was over the Maestro Moon (she’s in our show). I knew the quality was going to be fantastic. 88 Pictures has a team of around 120 people who worked under the supervision of two superstars from Gaumont Animation in Paris.”

The show’s top-notch CG animation was done in Maya, rendered in Arnold and composited in Nuke. “The colors, textures and lighting highlights are phenomenal,” says Scharf. “One of my favorite details is how the light hits the edge of our characters such that you can see a fuzz from their feathers. That always gives me a warm feeling in my chest.”

Scharf points out that the show’s delightful lightning bug, Presto, was not part of the original concept. “He was actually added later,” he recalls. “Terry Kalagian came up with the idea and we instantly fell in love with him. He’s super cute and funny. Presto does not speak but buzzes! Getting to watch Luke Youngblood perform Presto’s buzzing was a recording session winner resulting in an endless bucket of team laughs and smiles!” 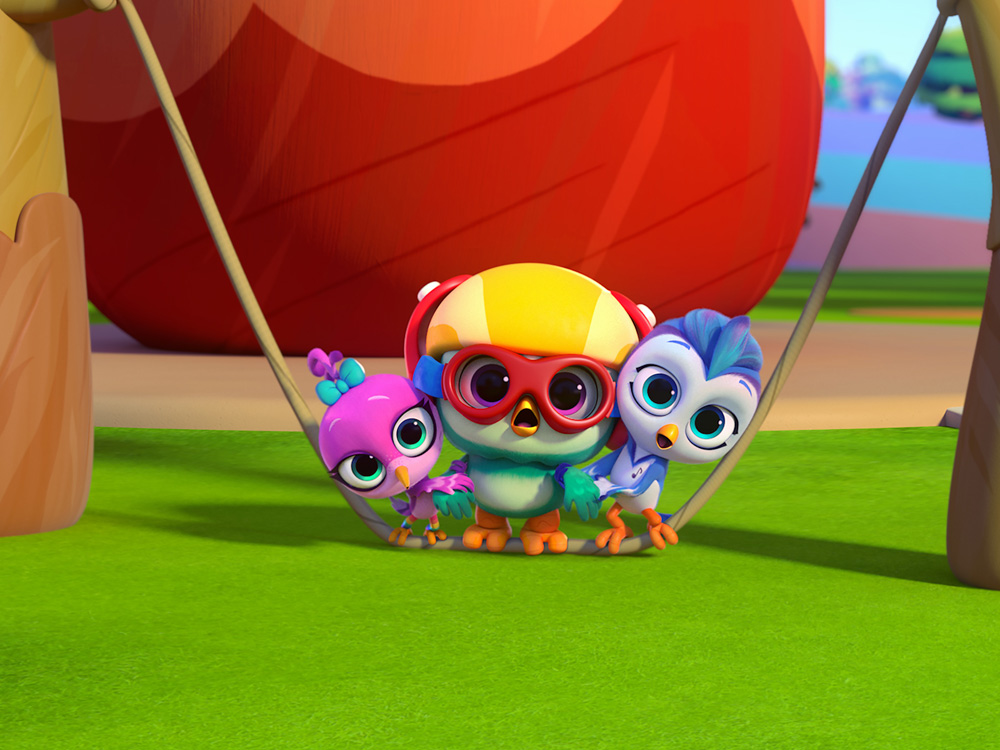 Kalagian also shares a great memory. “This story will forever have a place in my heart,” she notes. “Our director, Fabien [Ouvrard], and our line-producer, Mafe [Maria Fernanda Senior], from our French animation studio were in L.A. to attend the first song voice record. By the end of the session, everyone — our partners at Amazon Prime Video, the talent, the producers — everyone was on their feet, dancing in the sound booth. It was the best!”

Tohn and Scharf are both eager for young viewers to discover the world of Do, Re & Mi. “We hope kids will sing and dance to the songs all day long,” says Tohn. “And that our show will either introduce them to or further their love of music. We hope that kids will get acquainted with and want to listen to all different genres of music. And mostly that they will then want to make music of their own!” 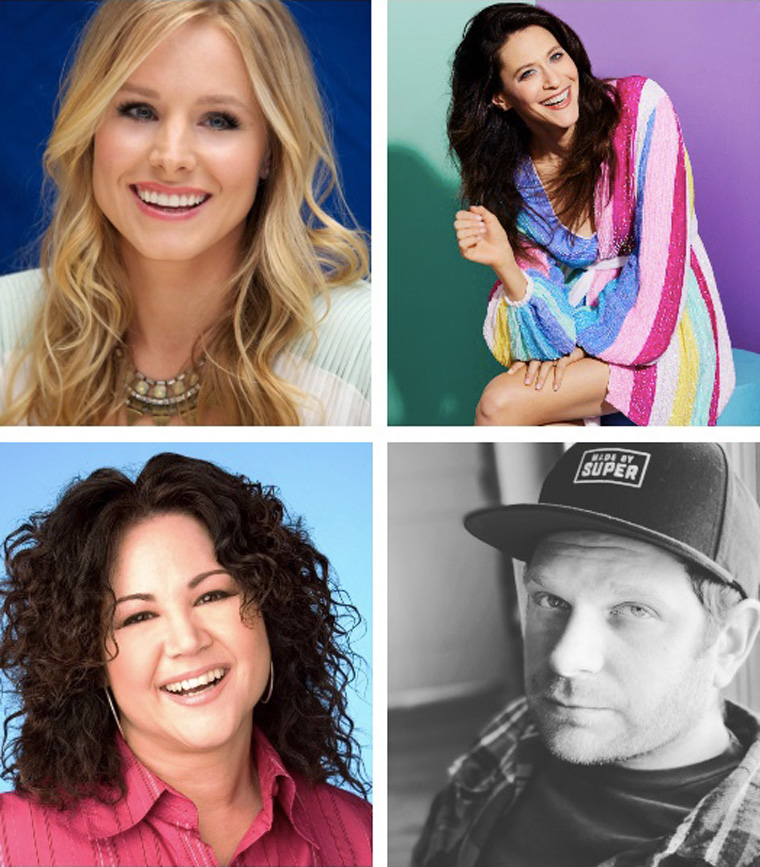 “We would abso-HOOT-ly love for kids to be inspired to start going out and exploring music on their own,” Scharf chimes in. “We want our home viewers singing and learning from first watch. There are so many benefits to a child’s development when exposed to music education from a young age … so we want our home viewers to be engaged and inspired so they spread their wings and explore, learn and grow with the best birds on TV.”

Do, Re & Mi premieres on Amazon Prime Video on Friday, September 17.