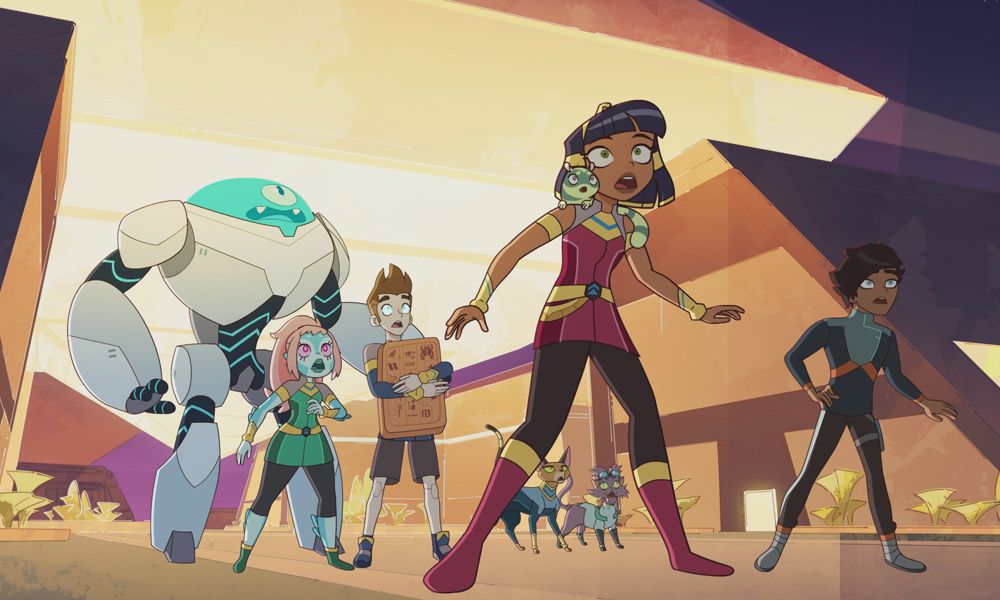 In the new season of DreamWorks’ animated Peacock Original Cleopatra in Space blasting off next week, Cleo’s life is turned upside down when the entire school finds out she’s the savior, and things get complicated when Brian and Akila start dating. Will the group stay focused enough to find the Uta and take on Octavian? Season 3 premieres Thursday, January 14 on NBCUniversal’s Peacock platform.

Cleopatra is a comedic adventure focusing on the untold story of Cleopatra’s teenage years. Viewers can follow Cleo as she is transported 30,000 years into the future, to an Egyptian-themed planet that is ruled by talking cats and where she discovers she is the prophesied savior of the future world. In order to prepare for her role and mission, Cleo is sent to an elite academy where she has to train to take on the bad guys, figure out how to eventually get herself back home to Egypt, as well as tackling the highs and lows of being a teenager in high school.