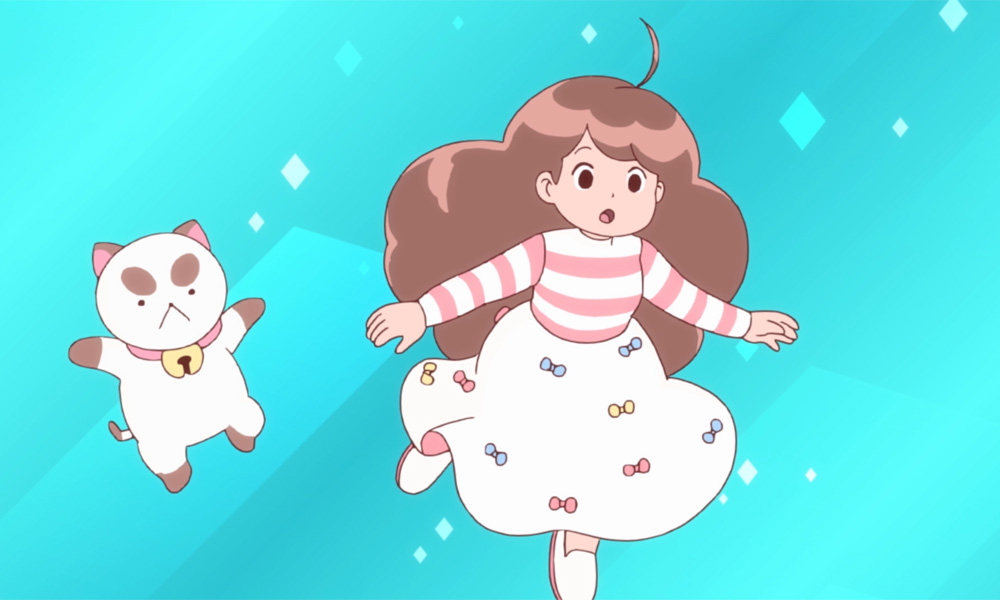 Bee and Puppycat: Lazy in Space

Great news, Natasha Allegri fans! The all-new adventures of Bee and PuppyCat: Lazy in Space have nearly arrived. With an episode set to premiere in competition at the Ottawa International Animation Festival, the producers have revealed an exclusive sneak-peek clip ahead of the eagerly awaited return of Bee, PuppyCat, Deckard, Cass and Toast.

In Bee and PuppyCat: Lazy in Space ultimate outsider and super relatable millennial heroine Bee is in for even more craziness. As the strange world Bee shares with the mysterious hybrid creature PuppyCat expands, the duo must contend with problems big, small and totally weird, evading danger and continuing the epic struggle to make rent on time. In addition to a new storyline, Lazy in Space will feature longer, half-hour episodes, along with an extended season.

In the first episode, titled “Little Fingers,” chaos ensues after PuppyCat spends $500 on Pretty Patrick’s mobile app game. To help cover the costs, he and Bee take a job on a planet of wiggly worms, who are desperate to have their sodas opened.

Co-produced by Frederator Studios (Castlevania, Adventure Time, The Fairly OddParents) and Tokyo-based OLM, Inc. (Pokémon), Bee and PuppyCat has resonated with fans from the beginning. More than 40 million minutes of the original two-part pilot have been watched on YouTube and over 18,000 fans contributed to a Kickstarter for the series in 2014, making it one of the most-backed animation projects in Kickstarter history. Over the years Bee and PuppyCat has continued to grow into a pop culture phenomenon, spurring a line of cookbooks, plush toys, and more inspired by the characters.

Creator Natasha Allegri, a breakout voice in this generation of animators, has also worked on other popular series like Over the Garden Wall, Cannon Busters and Adventure Time.