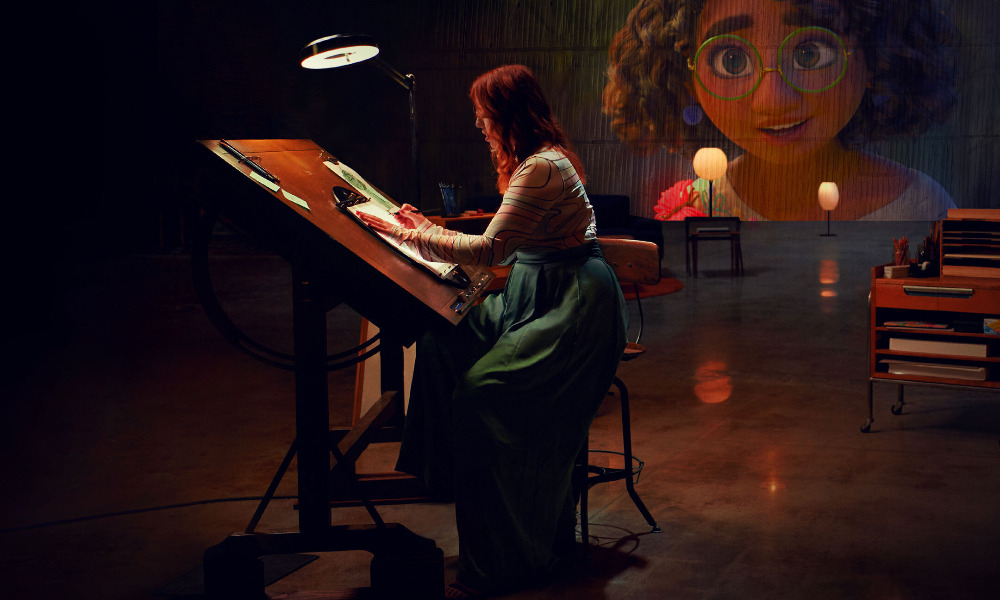 If you’ve ever dreamt of sitting with a master animator to learn how they made the magic that was part of your childhood, Sketchbook, the new Disney+ limited series, will feel a lot like wish fulfillment.

Premiering today, the series looks into the world of traditional hand-drawn animation through the eyes of the artists who create it. The series focuses on the techniques and the personal lives of six artists who’ve made tremendous contributions to the world of animation: 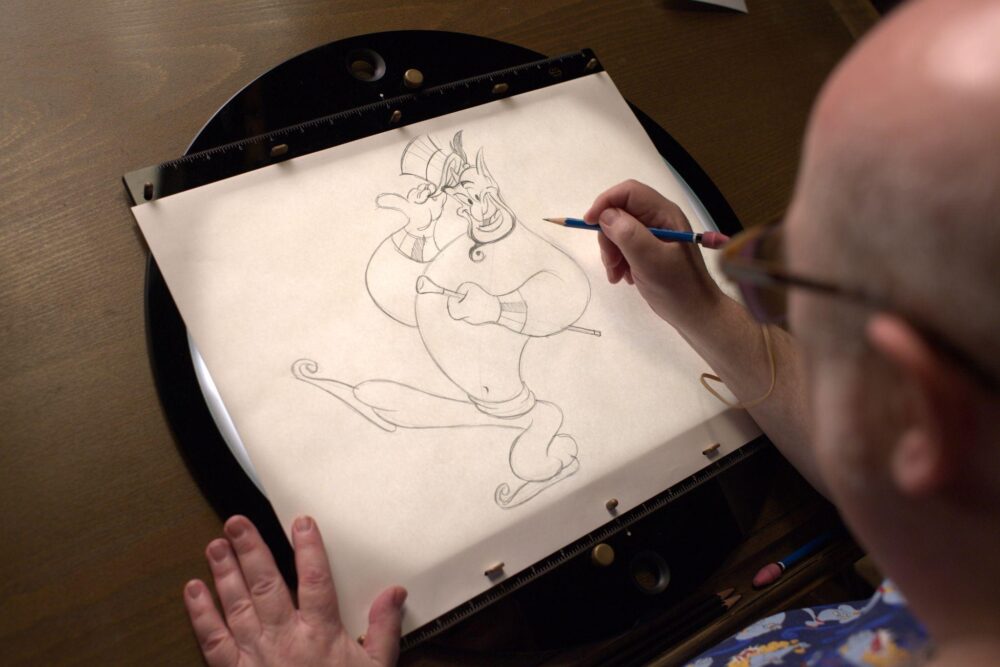 Each episode focuses on one of the animators, their story and inspirations, and how they view animation. The series is timed just ahead of the 100th anniversary of 2D animation at Disney, which occurs in 2023. The producers on the series are Walt Disney Animation Studios with executive producer Amy Astley spearheading the project as well as the producers who brought us Chef’s Table, Jason Sterman, David Gelb and Brian McGinn. Sterman, Leanne Dare and Andrew McAllister directed the episodes.

“When I was a kid in the 1950s, in the early 1960s, drawing on camera was a big deal,” says Goldberg. “We had a children’s television host in Philadelphia named Gene London who used to draw at a big drawing board. That was the show. And before that, Winsor McCay, you know, used to draw live on the stage. That was a vaudeville act. So, I feel like it’s all part of a continuum. But I think the thing that really hit home with me about the series and the core of it is that anybody can draw, and anybody can have fun with drawing. You know, I often think that it’s fascinating that human beings are the only animals who were compelled to make a mark on a piece of paper — there are no other creatures on the planet who do that. And so, it’s natural for everybody.” 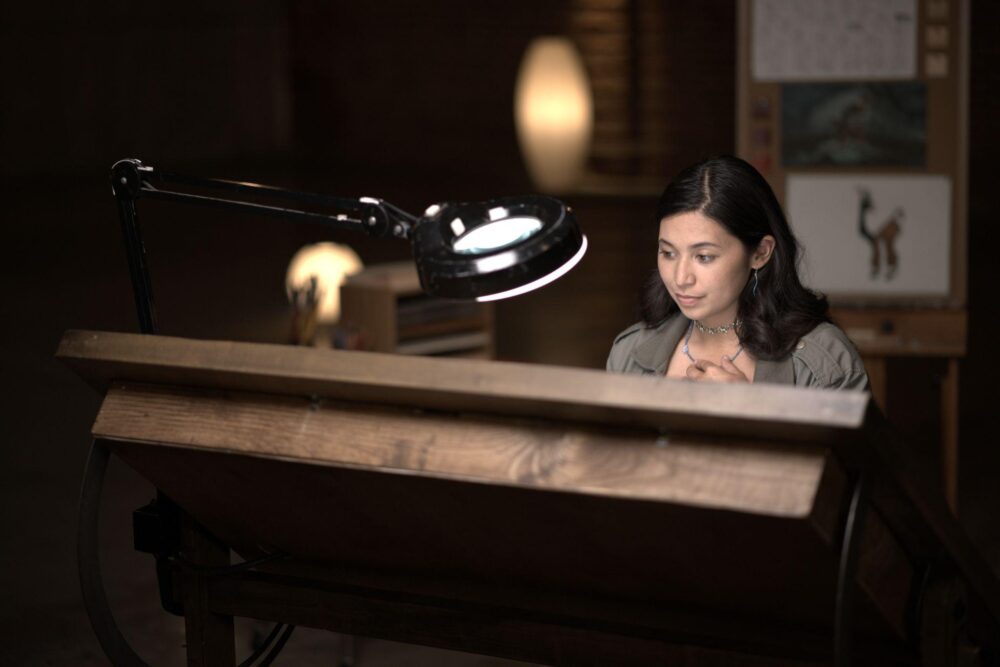 The series shows how many of the artists came to animation through their own life experiences. Each one comes from a very different place, but they all arrived at Disney with their own way of looking at the art form. The characters they chose to draw for the series have unique meanings for each animator.

“I grew up in a big family,” says Capili. “There were a lot of kids. I was one of maybe four girls, five girls, and Disney was a huge thing in our family. My family is from California, so my dad and aunts and uncles were always back and forth at Disneyland ever since they were kids, since Disneyland opened. So, they brought us, and it was kind of a thing of like, you pick a princess and that’s the princess that you are. One of my cousins was Cinderella and one of my cousins was Mulan. And I never had a princess because, I just didn’t really, I was a very tomboyish kid. I know now that I was a gender nonconforming, queer kid. We didn’t have that language at the time. So, I just didn’t relate until Kuzco.

“There were jokes about how to be a princess, you have to have a villain after you. You have to get trapped. You have to be saved by a man. You have to be in mortal danger. And Kuzco fits all of those. If you go through them, Kuzco fits every single point,” Capili explains. “So, there was just something about him. And that was the first Disney movie that I saw in theaters. I was pulled out of school to go and see it for my birthday. So, Kuzco is so special to me. I’ve seen that movie like a million times, I can quote it line for line. When they asked me to do Sketchbook, I knew immediately that I wanted to do Kuzco.” 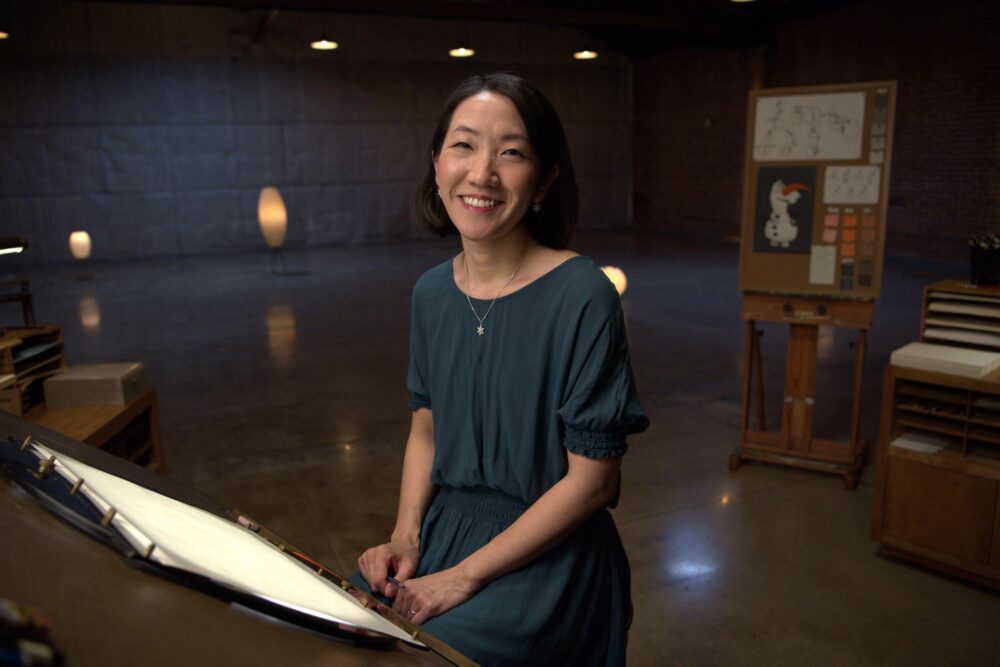 Hyun-Min Lee was the supervising animator for Anna in ‘Frozen II’. In her episode of ‘Sketchbook,’ she draws the franchise’s lovable snowman, Olaf, which she helped design. [ph: Disney/Richard Harbaugh]

The series has a very simple style that focuses on the artist at a desk while they draw, and each animator fills in the background of their approach to drawing. It’s sometimes an unusual place for them to be, after disappearing behind their characters for so long.

“I think one other thing that I would hope that the audience will get is the human aspect of things that are underlying all our films and all characters and everything,” says Lee. “I think I mentioned in the episode, too: Where I feel like I’ve done my best job is when people forget that I exist behind the characters. When they believe and love the characters for themselves. But I think also because there’s so many things that are fast and digital and we take for granted these days, I think it’s also a wonderful way to show that it’s just people behind these things.” 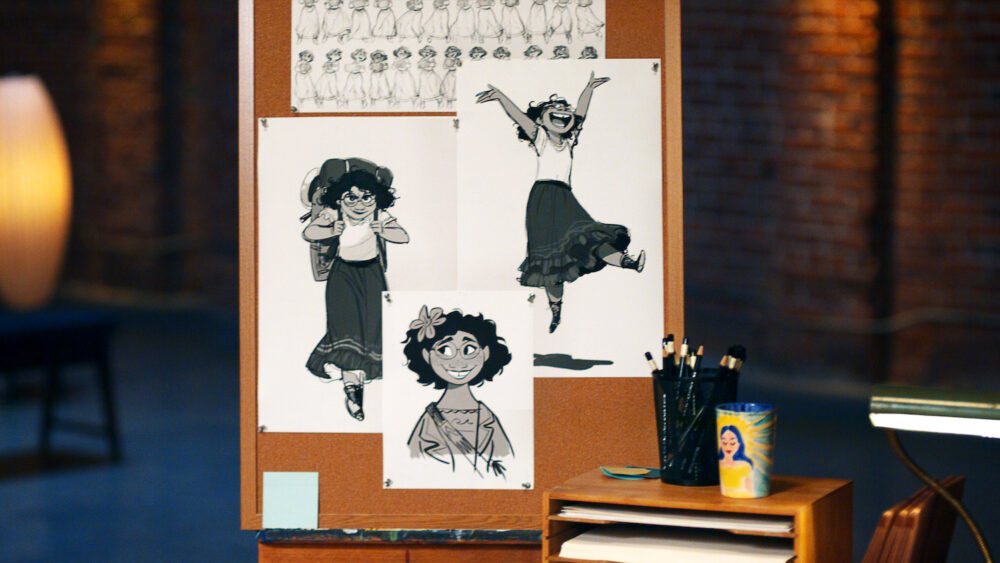 ‘Sketchbook’ brings audiences into an intimate reimagining of the traditional animation studio, where individual artists share tips for drawing their favorite characters (like Mirabel from ‘Encanto’) as well as their personal stories. [Disney]

Lee points out that it’s all about the simple pencil line and the pencil stroke. “It doesn’t take anything so completely outrageous to have these things come from nothing,” she notes. It’s just a simple pencil stroke that can start it. I have an 18-month-old daughter right now and she’s just starting to grab a pencil and she just draws little lines, but she still loves that. And I’d love to think that people who watch this can remember that you don’t have to do a lot, just do whatever you feel like and just put it on the page. Sometimes, just starting that can build up into a character, or moment, or film, or dream — or even, for you, just the release of your whole stress from the day. Just letting people know that it’s the freedom and the human aspect and the love that underlies all of it.”

One of the wonderful aspects of the documentary is that it is giving hope to viewers who dream of Disney returning to its 2D animation roots. As Goldberg recently told IndieWire, “I’ve been campaigning for a long time to train up people in hand-drawn [animation], and, as the CG films became more and more popular, that idea became less and less important to the studio. But now we have an atmosphere and a group of people who recognize that’s part of the legacy here, and to actually have content that requires hand-drawn animation is absolutely great. Thank goodness we have people who can do both here, but to actually commit to training up a new generation is a wonderful thing and I think perfectly appropriate for [us].

Sketchbook is now streaming on Disney+.